Early in August, we reported a story about how an Indonesian ad agency published the following ad campaign for Daktarin Foot Powder. Depicting a sleeping barefoot Mexican in a saloon while others are covering their faces with bandanas and fans. A few days after we published the image (which we received from @RayoSaucedo), the ad agency, Fortune Indonesia, sent us some DMs apologizing about the ad. When we sent Fortune Indonesia some follow-up questions, we did not get a response, so we contacted Janssen Pharmaceuticals, Daktarin's manufacturer. (Janssen is part of the Johnson & Johnson family of companies.) 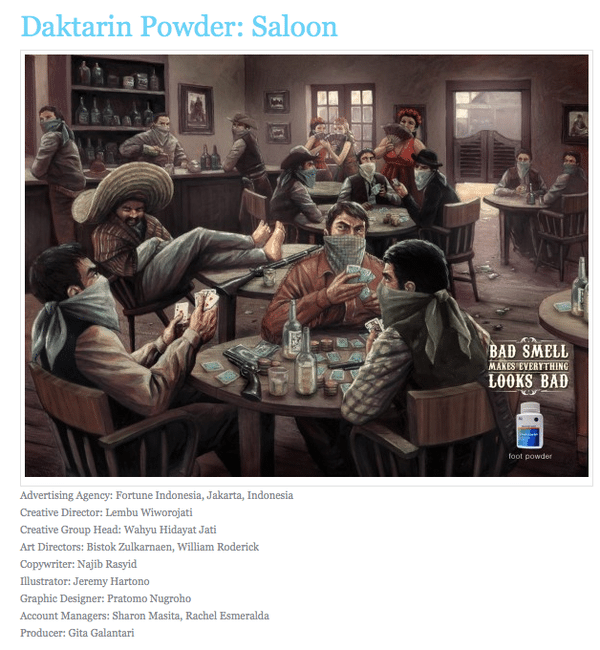 After connecting with Janssen on August 6, we received the following response from the company yesterday:

Again, thank you and we appreciate Latino Rebels for contacting us.