In the case of our coverage about how the Kennedy Center once again ignored worthy Latino candidates like Carlos Santana, Rita Moreno, Joan Baez, and many others, we mentioned in our initial report that the only two Latino honorees in the 35-year history of the Kennedy Center Honors have been Chita Rivera and Plácido Domingo.

After we published that story, many of our Facebook readers criticized us for including Domingo as a Latino honoree. To us, we had given the Kennedy Center the benefit of the doubt when it came to Domingo, but when many of our readers told us that they felt that Domingo did not speak to their latinidad, we got their point.

We know that Domingo, who was born in Spain, is beloved in Mexico. He began his musical career there and will always be remembered for the series of benefit concerts he gave to aid the victims of the 1985 Mexico City earthquake. He is an icon. No doubt. 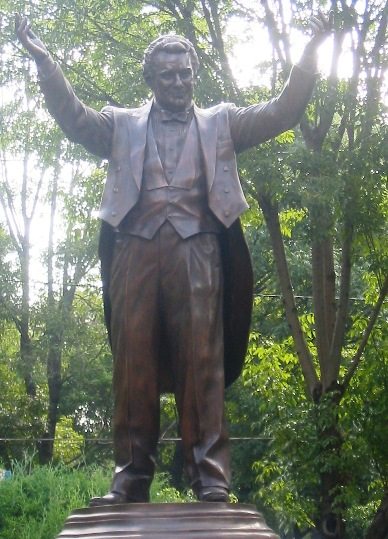 But we got what our readers were saying: When you think of the most influential Latinos who have excelled in the arts, does Domingo top the list? He is the first one that comes to your mind? More of our readers just couldn't figure out why for example, Santana has never gotten honored while the surviving members of Led Zeppelin have.

So when we posted our final story about the Kennedy snubs, we took what our readers were saying about Domingo and we kind of chuckled that it showed how even when the Kennedy Center wanted to get a bit more diverse in its Latino selections, it chose a Spaniard. So we got sarcastic and used the term "quasi-Latino" to describe Domingo. It was lame attempt at sarcasm, and just like those readers who called us out for saying Domingo was a Latino choice, other readers called us out on how we described Domingo in our final story.

Here are just some of the comments we got:

Placido Domingo a "quasi-latino"? That is the most stupid and ignorant comment I have ever had the displeasure of reading. Only an ignorant guero would say this.

Placido Domingo a cuasi Latino? Come on, he grew up in Mexico, which qualifies him for Mexican citizenship! He's married to a Mexican and still has family there and vacations there. And he's always been active within and supportive of the Latino community!

So, sorry to Plácido and sorry to our readers who disagreed with us about what we wrote. To some people, Domingo is reflective of their latinidad, while to others he is not. But the fact remains: in the end the Kennedy Center has given out 185 Kennedy Center Honors. If you count Domingo as a Latino honoree, just 1% of all honorees are Latino. Without him, that number is at .005%. Either way, those percentages are atrocious, and we applaud those national organizations that asked for a real dialogue with the Kennedy Center and will soon be having that dialogue. That is the step forward, even though once in a while, we all hit bumps along the way.

One response to “Sorry, Plácido”