Michoacán Governor Adviser on Anti-Protest Posts and Tweets: “I Was Hacked”

Yesterday we reported the story of Christian Santiago Tapia, social media manager and adviser to the governor of Michoacán, who via Facebook called for the burning of teacher colleges and student protesters in the Mexican state. 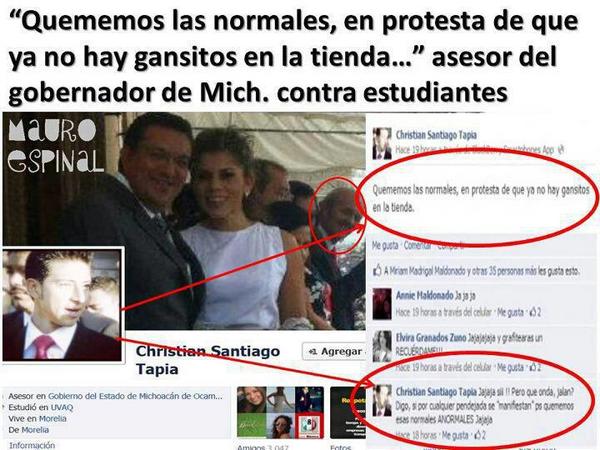 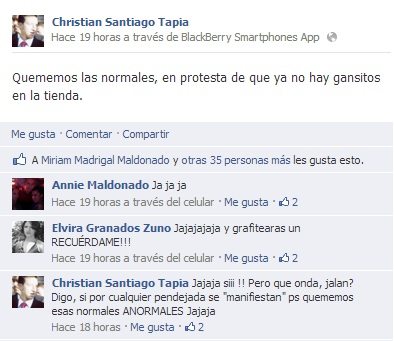 The protesters were raided by Mexican police on Monday, and several disturbing images have been shared online. Here is just one of the images that shows police rounding up naked protesters, who have been demonstrating against curriculum changes in Michoacán's teaching colleges. (UPDATE: According to new sources, this image is allegedly from 2011 and not this week, but it has gone so viral all over social networks during the Michoacán protests, many have taken it to be fact.)

According to reports from Mexico, Santiago Tapia, a member of the country's PRI (Institutional Revolutionary Party), claims that his account was hacked. Here is a translation of what he shared with one outlet in Michoacán:

"TO CLARIFY: Since yesterday [Tuesday] I have been subject to cyber attacks on Facebook, Twitter, and email, which makes it hard for me to recover them, since the hacks have been ongoing (the tweets have still not been recovered and I don't know when they will stop hacking me). I post to my accounts using a computer and my phone, an iPhone, and not from a Blackberry. I offer an apology to my friends, acquaintances, and other people who might be offended or affected by these comments, since those who know me know that I do not like violent demonstrations and I debate that, but not with that kind of comment. I am at your service."

The story continues by pointing out that tweets and posts that Santiago Tapia made before Tuesday were not comments that were hacked. For example, on Monday Santiago Tapia posted the following update on his Facebook: "Así o más claro, los angelitos robando a plena luz bajo el cobijo de ser 'estudiantes reprimidos.' "/"Yes or to be clear, the little angels robbing in broad daylight under the cover of being 'repressed students.' "

Santiago Tapia also said the following: "Because I haven't been able to maintain access to my Twitter and Facebook accounts, since I only had control for brief moments and only through the computer where I only I can access, I have decided to suspend my accounts and file complaints to the appropriate authorities."

Right now Santiago Tapia's Twitter account is no longer around and his Facebook profile is private. However, his claim that he only uses an iPhone for posts appears to be inaccurate. For example, his Twitpic profile contains uploads from both a Blackberry device and an iPhone. Here are two screen captures from that site: 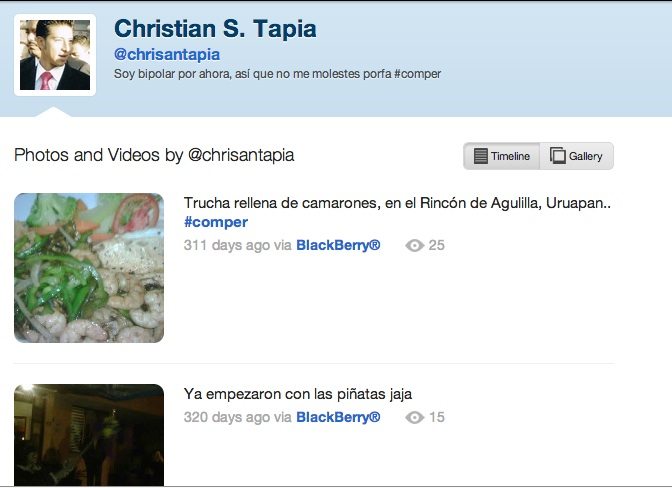 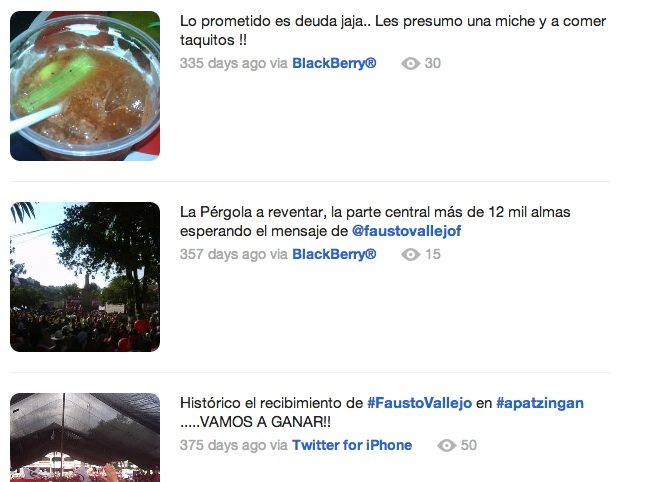 Also, even though Santiago Tapia's Twitter has been removed, other third-party services such as FavStar.fm contain some of the tweets that came from his account the last few days and older tweets where his profile criticizes student protesters (one where he calls them "COWARDS") and claims that in the end "everyone is either a hacker or a narco." Here are some screen captures from FavStar.fm: 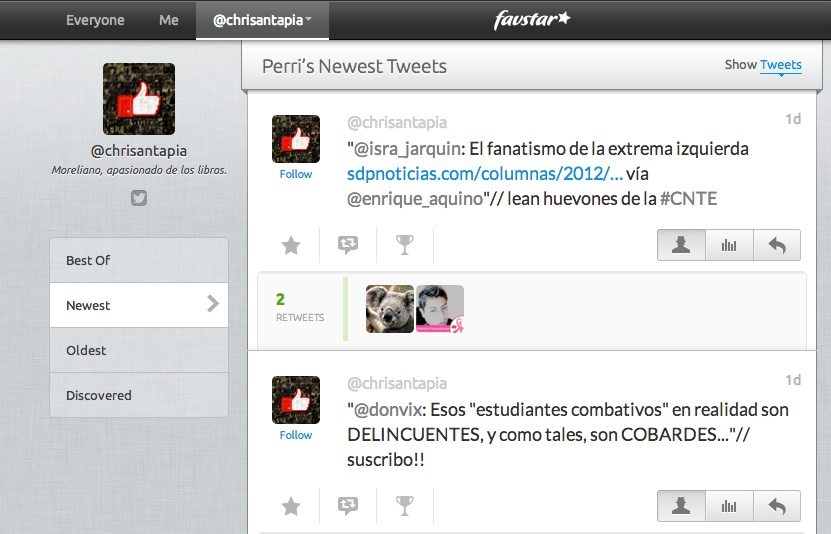 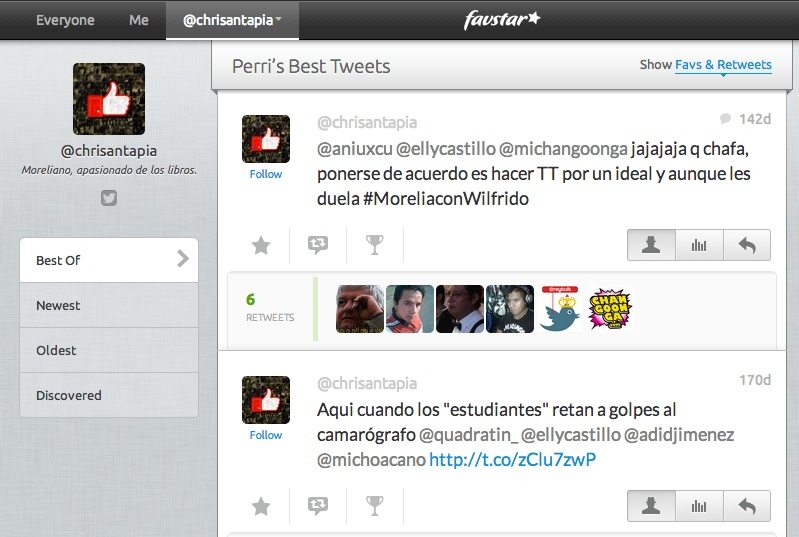 Of course, everyone is entitled to his or her opinion. But when you are working for the government that is sending in police to round up the protesters that you are criticizing and then say that you were hacked, you wonder whether Santiago Tapia is fit for public service.

One response to “Michoacán Governor Adviser on Anti-Protest Posts and Tweets: “I Was Hacked””