Who said good things cannot come out of situations? A pro-immigration GOP group that was calling for Eva Longoria's resignation as co-chair of the Obama for America campaign after she faced a social media controversy this week, just released a press release today saying that the group, Café con Leche Republicans, has accepted Longoria's apology and has also announced that Longoria offered an "olive branch" to work together about issues that affect Latinos. 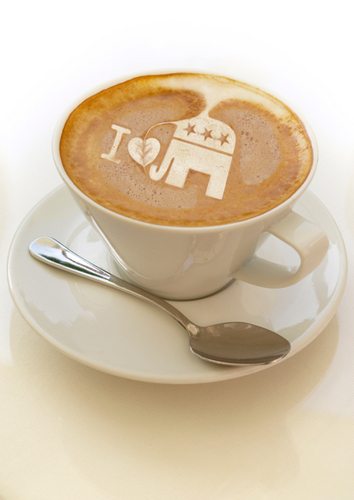 This is the press release we received today from CCLR. As with most releases we receive that we think are newsworthy, we prefer to run the entire release as is and let our readers decide what they think about it.

"Eva reached out and offered us an olive branch, expressing interest in working together on issues affecting Latinos. Although we don’t agree with Eva’s choice of candidate for president, with immigration reform we find common ground. Our current immigration system has been broken for many years, hurting our economy, and ripping apart thousands of families every month."

"Partisanship has been a major stumbling block to immigration reform in recent years, and we are encouraged by Eva’s outreach. Supporters of immigration reform of all ideological stripes need to work together and build a coalition, and we welcome Eva’s willingness to work with Republicans.

So, you see, in the end, all these claims that social media controversies are frivolous, look at what happened in this case? A new connection was made between people who don't agree on everything politically. We actually believe that if more people reached across the aisle and return to the days of a bipartisan push for immigration reform, that would be a good thing. However, we also think that candidates like Governor Romney could have been more courageous in toning down his own rhetoric on immigration. We can only hope.