Now THIS is news that matters, and we actually kind of serious about that. NBC Latino, which ran with a Disney Latina princess story last week that led to thousands of shares and comments about Latino identity, reported today that Disney has changed its mind about Princess Sofía, who originally was billed as Disney's first Latina princess. All is well, again, we guess. 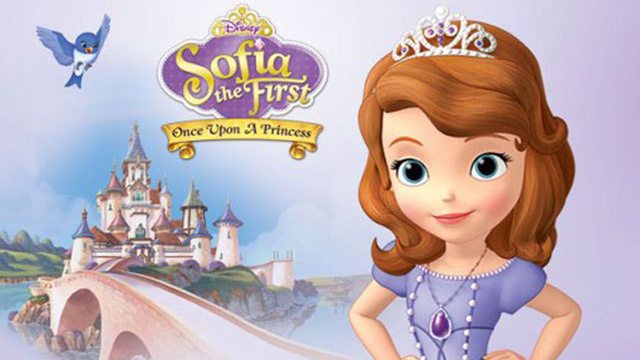 Here is what Disney's Sofia the First Facebook page posted:

As we approach the premiere of 'Sofia the First' on November 18, I wanted to check in here and thank you once again for your warm welcome for our new little princess. Some of you may have seen the recent news stories on whether Sofia is or isn't a "Latina princess." What’s important to know is that Sofia is a fairytale girl who lives in a fairytale world. All our characters come from fantasy lands that may reflect elements of various cultures and ethnicities but none are meant to specifically represent those real world cultures. The writers have wisely chosen to write stories that include elements that will be familiar and relatable to kids from many different backgrounds including Spain and Latin America. For example, Sofia’s mom comes from a fictitious land, Galdiz, which was inspired by Spain. There are wonderful stories coming up in which Sofia and her family celebrate a winter holiday called Wassailia (reminiscent of a Scandinavian Christmas), and go on a picnic in Wei-Ling, an Asian-inspired kingdom. Most importantly, Sofia's world reflects the ethnically diverse world we live in but it is not OUR world, it is a fairytale and storybook world that we hope will help spur a child’s imagination. It’s one where we can have flying horses, schools led by fairies, songs that have a Latin beat and towns with markets like those found in North Africa. Together, this creates a world of diversity and inclusion that sends just the right kind of message to all children — “Look around you, appreciate the differences you see and celebrate what makes us all the same.” I am eager for you and your children to meet Sofia and experience her world together!

Thanks for the explanation, Disney, even though you are still stuck on the whole Spain thing. Really?

Now, we have seen TONS of comments about this story the last few days and by far the best one we have read came from Ana Flores of Spanglish Baby, who told NBC Latino the following:

Flores says, if anything, the immense amount of attention to a make-believe princess, shows Disney that the appetite is there for a Latina princess who is representative of the community.

“I hope that this controversy at least brings to light how loved and welcomed a Disney Latina princess would be by all,” Flores wrote. “We really do want another princess to adore, but more than that, for our girls to see themselves and their culture brought to life with the majesty that only Disney can create.”