EDITOR'S NOTE: This article was co-written by Ivan Sanchez and Jane Gabriels, Director of Pepatián. For further information please feel free to contact any of the organizations linked in this article.

By now it is of no great surprise to know that when our country enters into an economic recession, the first programs to lose funding are the ones that need it the most. Especially the creative artistic programs in the inner cities that keep hope alive for hundreds of thousands of children who without that hopefulness often fall victim to the lure of the streets simply by default of their zip code.

While many adults in their respective neighborhoods preach about taking the initiative to care for their communities, very few actually answer the call to become parents to youth who have found themselves in an unbalanced world looking for a better way to live – or who are searching for an outlet to express their pain and anger, and transform their emotions into something positive. 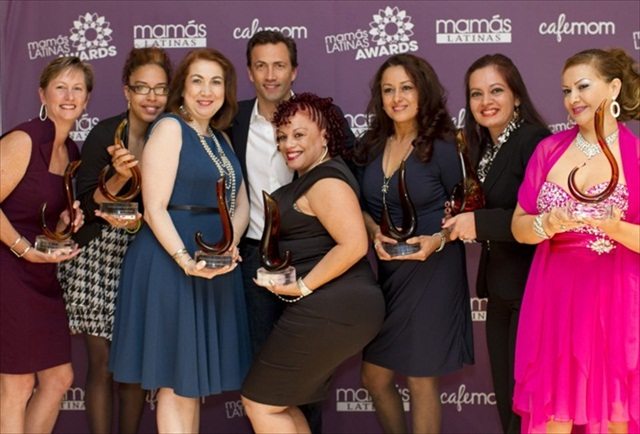 Galagarza, a highly celebrated Latina choreographer from El Barrio, Spanish Harlem, founded Keep Rising to the Top (KR3T) in 1989 as a way to inspire troubled teens through dance and expression, while educating them about the rich history of their surroundings to help instill a sense of pride. A history she speaks proudly of when stating, “Tito Puente played at 110th Street, and the history behind me is not being said. There were so many artists that came from here – it’s overlooked.” 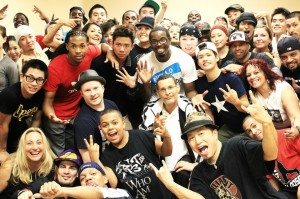 Keep Rising to the Top

For over two decades this inspiring Latina has saved innumerable lives including that of Mike Rivera who in 2003 was faced with the tough decision of remaining a member of KR3T or a member of the infamous street gang he was running with in his neighborhood.

After admitting to Violeta that he wanted to quit but saw no way out – she and her partner, held a meeting with the gangs leadership to secure Rivera’s escape from the gang and with that a brighter future.

As a testament to what can happen when you take the time to invest in the youth, Rivera went on to serve as a Marine in Iraq, ensuring that he’d make good on Galagarza’s labor of love to set him on the straight and narrow path to progression.

Countless success stories such as Rivera’s exist due to Violeta’s tireless efforts – however she’s also witnessed her fair share of hardship to what can happen in a community that has few mentors and even fewer alternatives.

“I’ve gone to seven different funerals – all they have is bitterness, they hate themselves and the world, they are so lost, trapped. There is nothing to show them what’s out there. This is why I stay in my community, to show that I’m equal with them, even though I’ve traveled (all over the world), been in national magazines, I’m still here in the neighborhood.”

In honor of her remaining in El Barrio and all that she’s sacrificed and created to inspire generations of youth, Violeta was one of seven recipients to receive a Mamás Latinas Award this past Wednesday, October 17th, 2012 at the Grand Hyatt in New York. 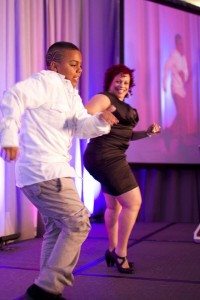 This was a pride filled moment in which she not only accepted the award, but also performed several dance routines with her son, Noah “Knomore” Catala.

A son whose About section on Facebook proudly proclaims: “Dancing is my life and we’re going to keep rising to the top” –  a true homage to a mother who has adopted an entire community while raising her own.

It was only a year prior that Galagarza stood on stage at the Apollo Theater to receive a prestigious New York Dance and Performance Award, known as a “Bessie” Award, named after Bessie Schonberg, a legendary world-renowned dance educator.

Galagarza was one of three recipients of the 2011 New York Dance and Special Achievement Awards at the Bessies.

Galagarza certainly felt validated in that moment for all her years of hard work and stated, “I made my mark. The Bessie Award meant that after all that hustling, doing shows for free to support other causes, being away from my kids who don’t understand – when I got this nomination, I cried so much. Finally I got something to show everybody, my kids, my oldest son, the industry, that a Latina and a thick Latina, was respected and part of that world, and that it extended to the urban world…”

And while the pride of New York’s Latino community could certainly be felt across the urban dance landscape – several weeks after the Bessies wrapped a New York Times article by Brian Seibert, The Dance World Turns Out to Honor Its Own, placed a damper on the spirit of the community when they failed to even briefly mention our own Latina dance savior of El Barrio.

Not a word, not a whisper, not a sound.

Along with omitting Galagarza’s achievements in receiving the award, The NYT’s also missed out on a triumphant story of a dance community coming together to raise the $2,000 necessary to bring Violeta back from France, where she was teaching, to accept her award in person at the Apollo.

As often happens with humanitarians, the community, which in this case was Violeta’s friends and supporters, put her needs in front of their own – extending their hands and making sacrifices to have the award ceremony happen in the best possible way for Violeta. 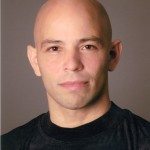 Arthur Aviles, internationally-recognized dancer, choreographer and co-founder of BAAD!/The Bronx Academy of Arts and Dance, who was also a part of the Bessie nominating committee, led the fundraising effort through ten-dollar donations in order to ensure that Galagarza be given every opportunity to accept her award amongst her friends, family, supporters and peers in an industry she’s brought so much life to.

Aviles stated his concerns about the article when he said, “The omission by The New York Times is a miss of validation from a place that we all understand is the ‘establishment.’ Violeta is part of the dance community in NYC. When she’s not included, the people that know her observe a disconnect between her and the dance community and its media. Twice the NYT had the opportunity to mention her name and they missed it, first in the announcement and then in the list of awards given afterwards. Why does that need to happen?”

Certainly a question the Latino dance community would like to have an answer to. 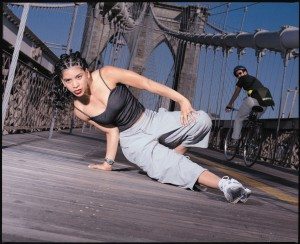 Rokafella, a well-known and respected Hip Hop dancer and co-founder of Full Circle Productions, is also a member of the Bessie Committee and was the first to nominate Violeta.

When asked about her reason for nominating Galagarza, she stated, “I’m in the position to bring attention and light to my community. I felt like it was my responsibility. Violeta to me was a very necessary award. I also wanted to nominate her for an award now. She’s been doing her work for twenty years, I don’t know how she got overlooked for so long – people from the ‘hood,’ if we don’t get opportunities, we can’t grow. If Violeta had been mentioned in the NYT, it would have solidified the award a little bit more. My feeling was that this award could help her connect with funders and continue to grow her work.”

While the dance community rightfully felt slighted by the NYT published articles, the one truly affected most was Galagarza herself. After twenty years of blood, sweat and tears she’d finally reached a platform in which the mainstream could sit up and take notice.

But then the mainstream media failed to do so – they failed to take notice.

“The New York Times would’ve solidified it. It would’ve meant the world to me. I’ve seen so many articles in the NYT having to do with the arts. To have my name affiliated in print and connected with our story, our history, would’ve given us a whole other look and respect and acceptance in this business, as Latinos, for funding, with our struggles that we are still being reached and supported at that level. It would’ve helped us to be looked at by a different market. The New York Times is a powerful name,” Galagarza stated when asked how she felt about her omission.

And while the New York Times may have failed to recognize this personification of humanity, it is our responsibility as Latino news influencers to ensure that her story is shared with the world. Much like Violeta refused to wait for a handout to begin a program, we can no longer wait to have our efforts recognized.

Galagarza sums it up simply when stating, “I feel like our community is lost, lost as in having no resources, no awareness of things. They don’t know what’s out there. This is why we need other programs, what I’ve done, what others have done, to develop individuals and our youth – to broaden their minds, and offer other experiences.”

There is a reason companies spend millions of dollars vying for our buying power, for our dollar. It’s because we’re a powerfully large group of consumers. But we also need to learn how to become equal investors in ourselves.  The same way each of these dancers invested in their work to become leaders in the field.

We all need to take our futures into our own hands and live by Violeta Galagarza’s example – We can all keep rising to the top… as long as we're doing it together!