REBELDES' NOTE: For those who are keeping score at home, the following is an unsolicited review. No one asked us to write about this. 100% opinions are our own, just like everything we do here.

Last Friday night, we were intrigued by "The Legend of La Llorona" episode from NBC's GRIMM. When we found out about it a few days before, we thought that it was a baby step in the right direction in the quest to bring more authentic Latino content into the mainstream. We thought it was interesting that after NBC broadcast the episode, Telemundo and mun2 would also play the show of their networks. However, we didn't think that this entire strategy was 100% perfect. There were still questions: Would the content feel natural? Or would it feel foreign, glossy, and stale? Why didn't Telemundo simulcast the broadcast at the same time NBC did? And will there just be a lot of actors speaking in bad accents? 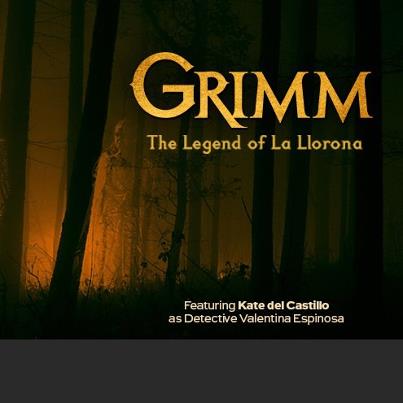 So, quite frankly, our expectations going into the show were quite low. And maybe that was a good thing, because in the end—we loved the episode. We loved it a lot. Like a real lot. In case you missed it, here is the full show.

Here are our five reasons:

Now, the GRIMM episode wasn't perfect. We could have done without the other substory (boring). We wanted more of La Llorona. Also, at some points it did feel forced (look, people, these foreign people celebrate El Día de los Muertos and not Halloween), but overall the show did well. Like a Slate article stated: "This week’s GRIMM is the best mainstream acknowledgment of our multilingual nation that I’ve seen on network television." Yes, that is true, but it is no way near this:

So to NBC and Telemundo, this was a good step forward. Here's to more shows like these, and less shows about cops and drug dealers. Are you listening, MUNDOFOX?