Ahh, Twitter. You're never boring (see how we wrote "You're" in that sentence?). This past week, several tweets began to demand the following: "Your in America, speak English." Of course, the irony of seeing the tweet misspelled was too good to be true. The very cool @BuzzFeedAndrew started letting Twitter know about the new thread, and we're (not were) glad he did: 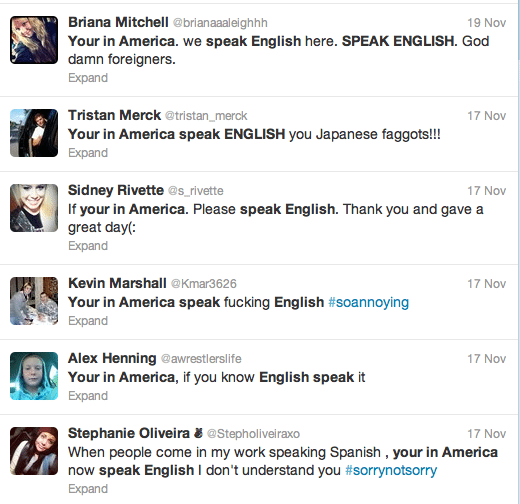 The Twitter discovery of the bad English language police led to the creation of the greatest Twitter bot ever: @YourinAmerica. The profile fights bad English grammar, one ignorant tweet at a time: 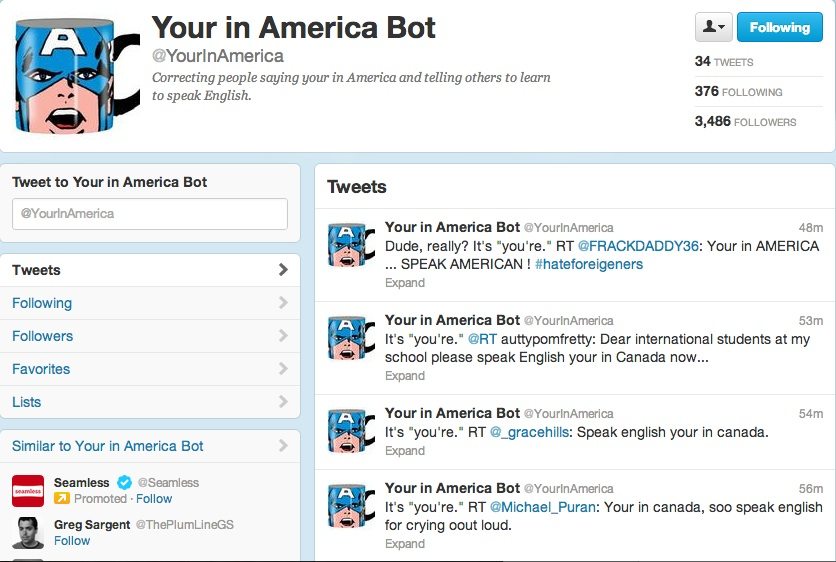 4 responses to “The “Your in America, Speak English” Twitter Fail”