UPDATE, January 2, 2013: The retail strategy team for Urban Outfitters responded to us tonight.

Tonight we got a tweet from SUNY Fredonia’s @LatinosU about a shirt found at an Urban Outfitters and posted on Twitpic. 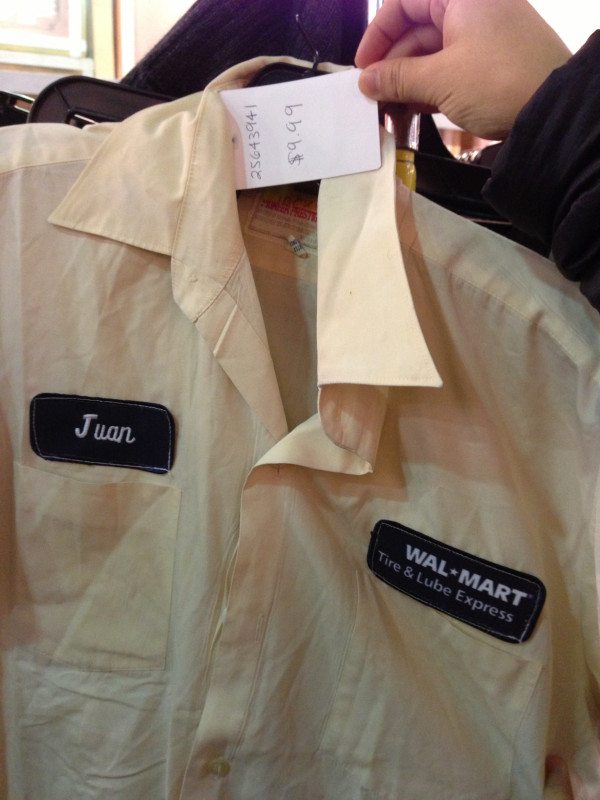 When we asked about the context of the shirt, here is what we were told:

@latinorebels @dyco It was being sold in the @urbanoutfitters in @queens_center Mall in Elmhurst, New York.

Long live fashion racism. Granted, the shirt could be part of the store’s consignment section, but still… why even display it? A quick search at Urban Outfitters’ site does not include the shirt. We plan to reach out to UO for comment.

One response to “#NoMames: Urban Outfitters’ “Juan at WalMart” Shirt”