UPDATE, 2:30 EST, 1/6/13: According to local Delaware radio, the signs have been removed. Here is what was posted on the Facebook page of Delaware 105.9’s program director:

Steve Stutzman reports that Milford School Superintendent Dr. Phyllis Kohel has removed the offending playground signs shown and mentioned on my facebook page yesterday. People power wins again! Thanks to all, and good work Dr. Kohel. This changes the tone of Monday’s radio show, (toward the positive) Since the orginal photo went viral, please male sure this update gets shared too. Thanks again, Dan Gaffney Delaware 105.9 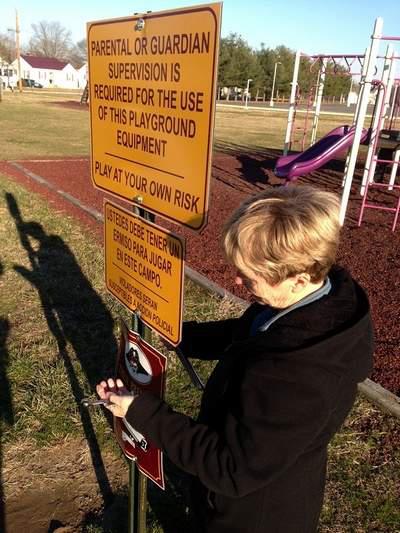 ORIGINAL STORY HERE:
We saw the following sign through our Facebook feed, and then we got more information from The Daily Kos. There is a bilingual sign at a playground in Southern Delaware that fails miserably. Major #NoMames. At first we thought it was just an issue of “permission” being poorly explained in Spanish (do you really need a permit to play in a public playground?), but there is so much more to it. Why does the English sign not mention “police action,” while the Spanish version mentions it? Why does the English mention “parental or guardian supervision” while the Spanish does not? There is no mention of “violators” in English but it does say “violadores” in Spanish. A new version of “WHITES ONLY” or a case of a really poor way to create a bilingual sign? 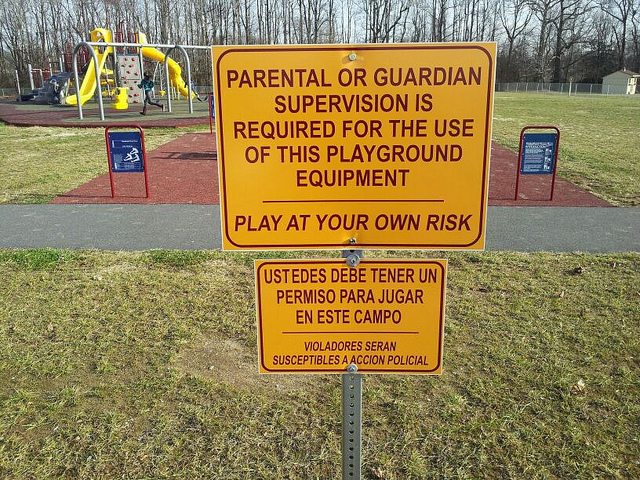 You can read more details about the sign here at The Daily Kos. Other pages are beginning to spread the photo as well. 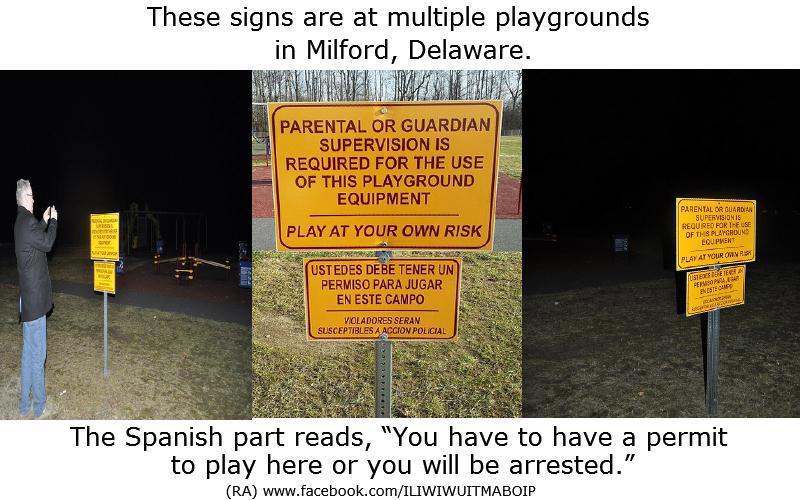 Apparently, according to the Kos, there are real correct white signs that provide a more accurate bilingual translation at a nearby field. Looks like someone goofed when it came to the yellow signs, which we would think are going to be removed and corrected this week. They HAVE to now, since the whole Internet is talking about it. 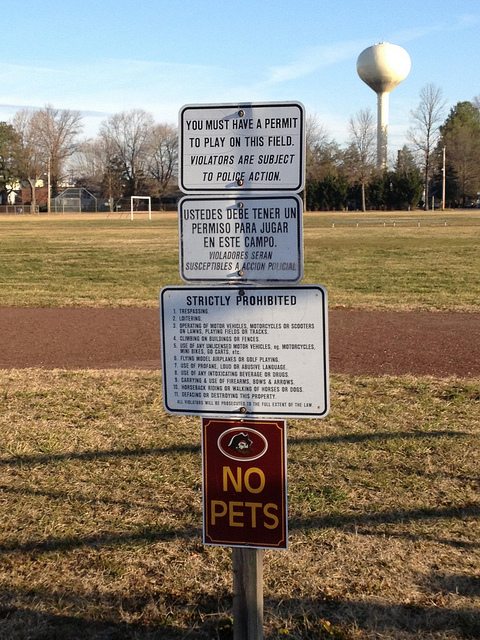 3 responses to “When Translations Go Bad: Bilingual Delaware Playground Sign Gets The #NoMames”