One of the most talked-about commercials from tonight’s Super Bowl is Ram Trucks’ “God Made a Farmer” ad, which celebrates American farming as the late conservative personality Paul Harvey delivers a 1978 speech he gave at the Future Farmers of America convention. Granted, some are saying that Chrysler lifted the idea straight from YouTube, but we have another issue that no one is talking about. Do you notice anything about the farmers being featured in the commercial?

Yeah, 100% Americana. An America that seems to be stuck in another time. Last time we checked, the commercial overlooked a few other farmers, the over 3 million workers who contribute to the country’s $28+ billion fruit and vegetable industry. Or what about the fact that “the majority (72%) of all farmworkers were foreign-born, with 68 percent of all farmworkers were born in Mexico?” We are guessing that displaying the REAL FACE of farming in the United States would that have been way too uncomfortable to show? By the way, we know you showed only two Latino faces for a second, but that didn’t cut it, Chrysler. For that, the commercial was a dud for us. You would think Harvey could have thanked Jesús when he had the chance. 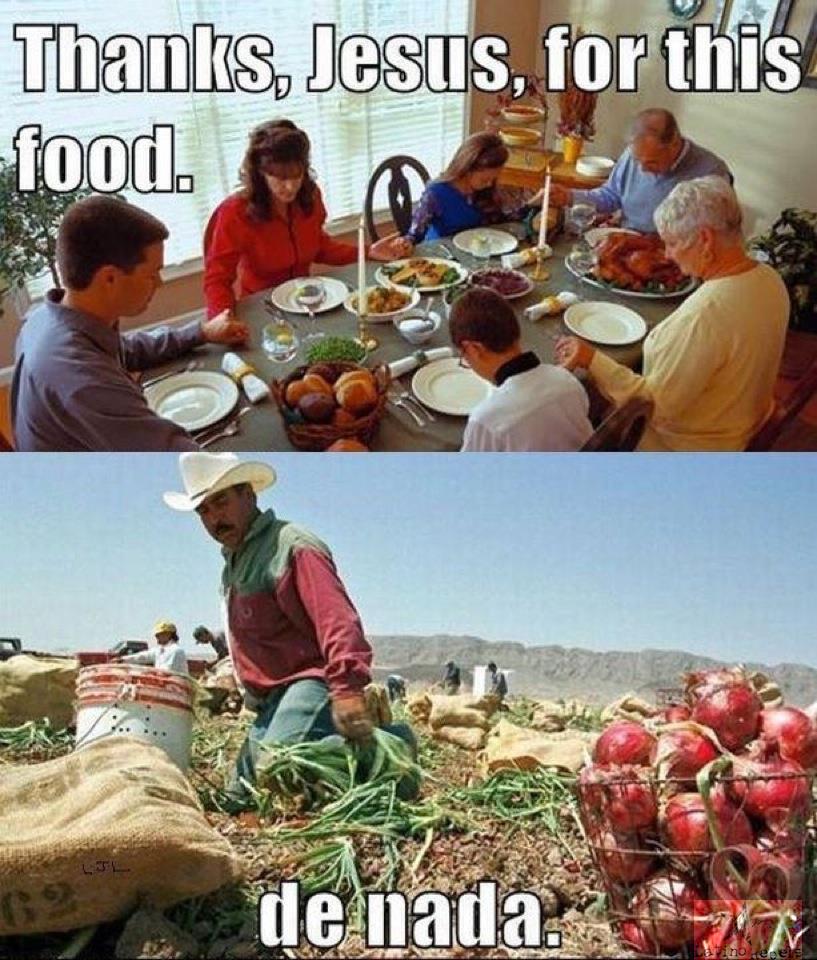 By the way, let’s go over this whole Americana image. You know where Ram Trucks are made? In Mexico.