VOXXI President: There Is a “Fierce Campaign” Against Founder Melgen and Senator Menendez

Today Emilio Sánchez, President and Editor-in-Chief of the Miami-based VOXXI news site, wrote a three-page post entitled “A Fierce Campaign Against the Dignity of Salomon Melgen.” In the piece, Sánchez suggested reasons as to why he thinks the latest FBI investigation of Melgen, who is listed on VOXXI’s site as the company’s Chairman and Founder (UPDATE: Melgen is now listed as a Co-Founder), and Melgen’s ties to New Jersey Senator Bob Menendez (D) are part of a “fierce campaign” to discredit Melgen’s professional accomplishments and philanthropy. After presenting information that has already been reported in several national outlets, Sánchez writes the following:

While the U.S. news media investigates the political association between Menendez and Melgen, in Santo Domingo friends of the ophthalmologist defended his philanthropy and point out that behind the negative campaign are the groups that control the flow of merchandises and drugs in the Dominican Republic. Melgen, co-founder of this digital media organization, is looking forward to start his ophthalmology practice soon to continue with the passion of his life: the treatment of his patients as one of the most respected eye doctors in Florida. He is waiting for the official reason for the FBI investigation.

The piece then focuses on several areas surrounding the Melgen story, and Melgen’s association with Menendez.

Sánchez questions the credibility and motive behind the Daily Caller‘s original story and allegations that “two alleged prostitutes had sexual relations with Menendez at Melgen’s Dominican Republic mansion in Casa de Campo.” He writes that the anonymous source, who used the name “Peter Williams,” has “refused to talk to [FBI agent Regino Chavez] by telephone or meet him face to face.” In addition, Sánchez mentions that “From Santo Domingo, Univision reported that nobody knows the prostitutes or the anonymous source of information. One of the girls mentioned in the report denied any involvement in the scandal.” He shared the latest news from The Miami Herald: ” ‘A week after the claims made headlines in the United States and on this Caribbean island, the alleged prostitutes have disappeared. An attorney who once represented two of the women said he hadn’t spoken to them in months, and then stopped returning phone calls himself.’ ” Sánchez’s piece also suggests that the Daily Caller was politically motivated, when he writes: “The information by the Daily Caller was reported a couple of weeks before Menendez was appointed chairman of the Senate Foreign Relations Committee, the first Latino ever to take this position.  At the same time, Menendez was one of the key senators in the ‘Gang of Eight’ to unveil a plan for immigration reform.”

The Unpaid Trips to the Dominican Republic

In this section of his piece, Sánchez acknowledges the widely circulated reports of Menendez personally reimbursing Melgen $58,500 for use of Meglen’s private plane after Senate ethics questions began to arise, were true. Sánchez then closes this section with the statement Menendez’s office released on Wednesday that has already been reported by many outlets. 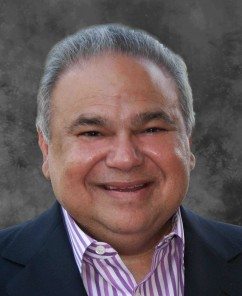 The Port Security Contract in the Dominican Republic

Sánchez spends a considerable amount of space discussing “the allegations that Menendez helped Melgen implement a port security contract in the Dominican Republic, still pending and in a controversy in the Caribbean island.” Sánchez suggests that the campaign against Meglen’s company is being headed up by interests in the Dominican Republican who oppose greater port security on the island because it would make it difficult for those interests to smuggle more drugs. Here is what Sánchez writes at the end of this section:

While U.S. media speculates about allegations of special treatment of Menendez to Melgen, according to the European Union COPOLAD program (a drug partnership cooperation program between the European Union and Latin America), the lack of control and technological resources in the Dominican ports of Multimodal Caucedo and Haina pose a major threat to the national security interests of the United States and European countries. After meeting in Punta Cana, Dominican Republic in December 2012, the COPOLAD program issued a report that said that the Dominican Republic continues to be the main command center for drug trafficking in the Caribbean region, with an increase in cocaine smuggling to the U.S. and Europe of 800 percent in the past two years. In an interview with Univision, Dominican lawyer Vinicio Castillo Semán stated that the origin of the campaign against Melgen is the opposition of a powerful group of businessmen against increased security and inspections in Dominican ports.

Possible Medicare Fraud and Problems with the IRS

Sánchez also says that Melgen has “donated hundreds of thousands of dollars during the last 25 years to Democrat and Republican candidates.”  In addition, Melgen “has also donated a great deal to the Democratic National Committee (DNC).” He continues by including two examples of Meglen’s philanthropy:

At the same time, he is well-known for his philanthropy. Last December, for example, he donated $15,000 at a fundraiser for experimental research into a rare muscular-degenerative disease that afflicts the two-year-old son of Art Estopinan, the chief of staff of Rep. Ileana Ros-Lehtinen, a Republican of Miami, according to The Miami Herald “He is an angel. I consider him to be an angel,’’ Estopinan told The Miami Herald. “This is the only hope my son has.’’ Melgen is also the doctor of 28-year-old Francina Hungria, a Dominican shot by two strangers in a carjacking.  She lost her right eye. Dr. Melgen helped Hungria through pro bono work and was able to restore some sight to her remaining eye, with which she has been able to perceive light and movement.

After suggesting that the many Democratic leaders are in “a difficult position as the integrity of their immigration reform point man in the Senate falls under question at a critical time,” Sánchez concludes his piece with what U.S. Rep. Albio Sires told one New Jersey newspaper when he defended Menendez. Sánchez call the theory “unusual,” and from its surface, “unusual” is an understatement: This is all part of the plot by the Cuban government. It is the last point Sánchez makes in the piece. Here is what Sires says:

“I won’t even be surprised if somehow the Cuban government is involved in this to try to damage Bob Menendez because he’s been so steadfast against the Castro government. He’s been a critic all his political life,” Sires said. “I would not be surprised if they are behind some of this stuff, some of these allegations. The Dominican Republic has a lot of relationships with Cuba.”

“These attacks on the Senator were first delivered before the Senators re-election this past November. I believe the attacks were an attempt to block the Senator from becoming Chairman of the Senate Foreign Relations Committee. This is a very powerful post in Washington,” said Sires, according the Star-Ledger.

Earlier today Senate Majority Leader Harry Reid (D-Nevada) said the following on ABC’s “This Week With George Stephanopoulos,” when asked about whether Menendez committed any Senate ethics infractions: “I have confidence he did nothing wrong. But that’s what investigations are all about.”