The Most Awkward Twitter Picture of 2013 (So Far)? Jan Brewer & Edward James Olmos 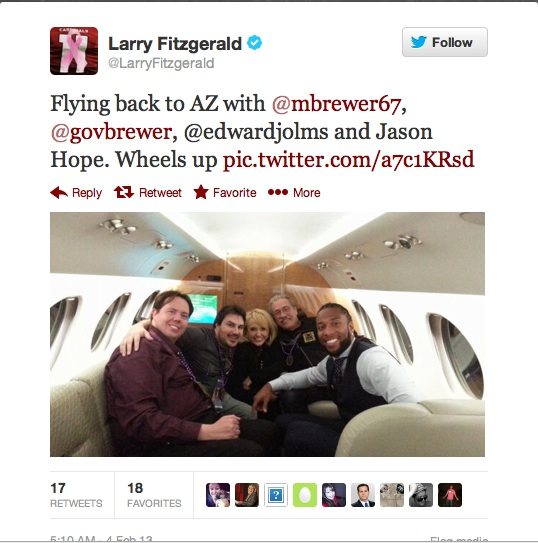 He also posted it on his Facebook page, where the conversation got heated. For a second, we had to do a double take? Is that Edward James Olmos, the legend himself, sitting next to Arizona Governor Jan Brewer? This can’t be. But then, alas, it was. Businessman Jason Hope invited Brewer and her son to fly back to Arizona. Also on the plane were Fitzgerald and Olmos. We are sure there is a reason for this, but the optics sure made many people do a double take. We are REALLY hoping that EJO is trying to use a Battlestar Galactica mind move (or is that Star Trek) to change Brewer’s stance on immigration.

Yet it is still awkward. Say it ain’t so, EJO! You can’t break out hearts!

2 responses to “The Most Awkward Twitter Picture of 2013 (So Far)? Jan Brewer & Edward James Olmos”