After Saying “Illegals” on National TV, Senator Chuck Schumer Won’t Even Acknowledge Us

Ever since we posted a video on January 29 where New York Senator Chuck Schumer (D) used the word “illegals” as a noun on MSNBC’s “Morning Joe,” we have contacted his office five times for comment.

What kind of message is an elected Democratic Senator, a key figure in passing bipartisan comprehensive immigration legislation, sending to U.S. Latino voters? It is ok for Schumer to talk about being a champion of immigration reform, but when it comes to actually discussing it and trying to change the dialogue, he comes across as a insensitive nativist? It is ironic that just last year Schumer was painting the GOP as “anti-immigrant” and “anti-Latino” when he told this to Politico last March: ““If a party chooses to alienate the fastest-growing group of people in the country [Latinos] and the majority of people in the country, women, they do so at their peril. This is an important issue.”

A year later, Schumer is basically using a term that also alienates “the faster-growing group of people in the country,” and what it even more troubling is that neither he or his office seem to care. And when we talked with his press people earlier today (call #6)? Just the same old thing: take our information down and someone will get back to you.

Schumer is just as fault as any other politician who uses anti-immigrant rhetoric. He and his office could have easily addressed this the first day we called them, but three weeks have now passed, and nothing. As more and more media outlets and individuals are beginning to see that the use of “illegals” and “illegal immigrants” is just code word for “anti-Latino,” we must hold all our elected officials accountable, no matter what side of the aisle they are on. And those elected officials should have the decency to respond to a very simple request for comment. Ignoring it and thinking we will just go away is insulting. 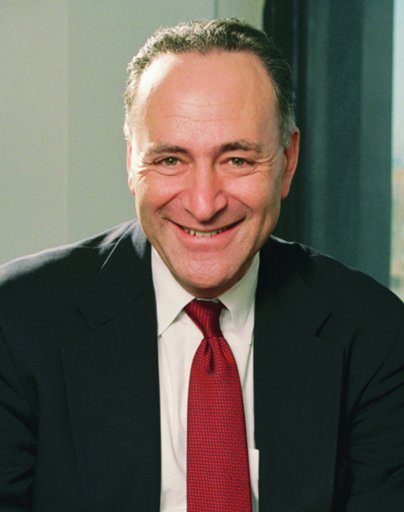 So, Senator Schumer, what will you say? What will you do? Besides an apology, we are asking you that you also take part in the following pledge, which states rather clearly:

I will not call any human being ‘illegal.’ The racially charged slur and related terms confuse the immigration debate, fuel violence and don’t reflect my values. I join communities nationwide in challenging all media to do the same.

A true “immigration leader” would realize his mistakes and correct them. However, right now it seems that you and your office think this request is silly and dumb. That is your biggest mistake right there. Time to correct it.

4 responses to “After Saying “Illegals” on National TV, Senator Chuck Schumer Won’t Even Acknowledge Us”