Multiple reports have confirmed that Venezuelan President Hugo Chávez has died today due to health complications that resulted from his fight with cancer. He was 58 years old. 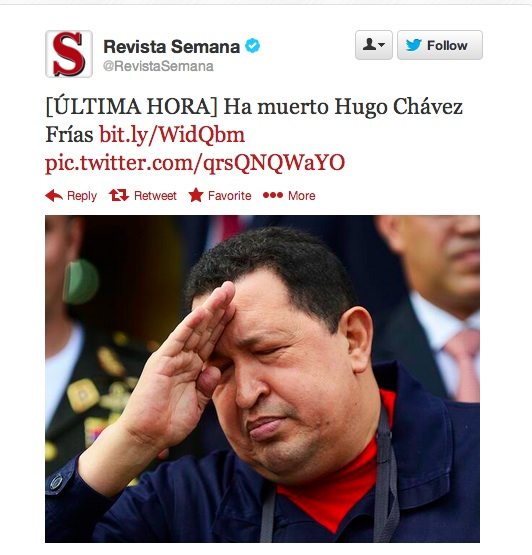 Venezuelan Vice President Nicolás Maduro announced Chavéz’s death less than an hour ago. According to Maduro, Chávez died at 4:30 pm local time. Chávez, admired by many for promoting the “socialism of the 21st century” but also criticized by others as a classic Latin American cult of personality dictator, was re-elected last fall as Venezuela’s president, but his health never really allowed him to lead.

“Let us be true heirs y sons of the giant man who was and always will be the memory of Hugo Chávez,” Maduro said. He closed his announcement with a call for the “honor and glory of Hugo Chávez.”

For more details about Chávez and his this recent news and his life, you can read what ABC News said about the polarizing Venezuelan leader.