The Immigration Debate (and Hate) Moves to Kansas

Today in Kansas, a House committee hearing was held to discuss a bill that would deny in-state tuition for some undocumented immigrant students. It got interesting, according to local reports. 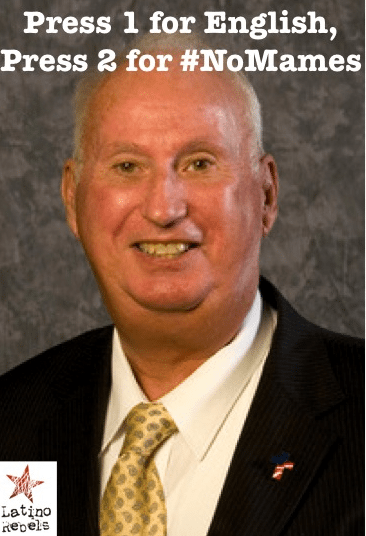 First up, Republican state Rep. Allan Rothlisberg. Here is what one article reported:

[Rothlisberg] talked about drug cartels filling the prison system and said he was offended when phone messages have a Spanish language option.

“This is an English-speaking country,” Rothlisberg said.

Rothlisberg said he didn’t support immigrants with children entering the country illegally. “Parents are using their children as pawns in this effort,” he said.

While Rothlisberg made the illogical and racist connection between drug cartels, overcrowded Kansas jails, phone options for Spanish and DREAMers, others supporting undocumented students and their plight made a more rational case:

“They came here because their parents brought them here,” said Fred Logan, vice chairman of the Kansas Board of Regents. “They are innocent. They are great Kansans,” Logan said of the students.

The president of the Lawrence school board also agreed with Logan, according to reports. “We must not sentence our brightest and most dedicated students to years of educational limbo as they wait in an immigration status broken beyond their control,” said Vanessa Sanburn.

Apparently the issue is not as prevailing as you might think. Logan testified that the in-state tuition benefit applies to about 630 students, and according to the local report, “students are considered Kansas residents eligible for in-state tuition if they graduated from a Kansas high school or received a GED, have lived in the state for three years and pledge to become citizens.”

The current bill being considered includes the following clause: “An alien who is not lawfully present in the United States is not a domiciliary resident of the state, and in no event shall such individual be entitled to pay resident fees upon enrollment at any state educational institution.”

Such a clause had a strong supporter in Secretary of State Kris Kobach: “Stop using taxpayer money to subsidize an illegal workforce.” However, Kobach’s presence lead to a comment from Rep. Ponka We-Victors, who is the state’s only Native American legislator: “I think it’s funny, Mr. Kobach, because when you mention illegal immigrant, I think of all of you.” 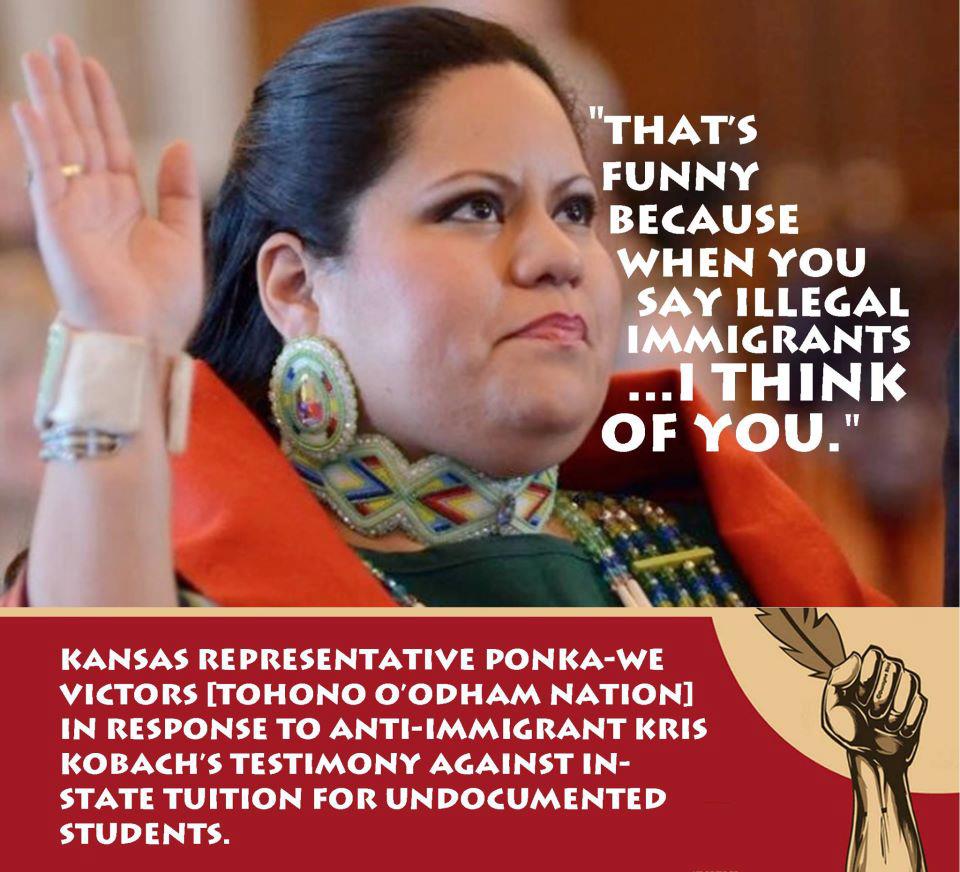 630 students. That is what we are talking about here. But guess it is all about drug cartels and Spanish-speaking customer service recordings. You see the fear here? Not hard to see it at all.