SAN JUAN—Puerto Rico’s sole congressional representative, the Hon. Pedro Pierluisi (D), announced today that he would present a bill to Congress that would begin the island’s transition to statehood.

Pierluisi is Puerto Rico’s Resident Commissioner, a non-voting member of Congress, as well as the president of Puerto Rico’s New Progressive Party (PNP), which advocates statehood for the island. He declared in a press conference that the PNP Board of Directors had given the go-ahead to proceed on the party’s Status Committee proposal that calls for Puerto Rico, currently a commonwealth of the United States, to become the 51st state of the Union. 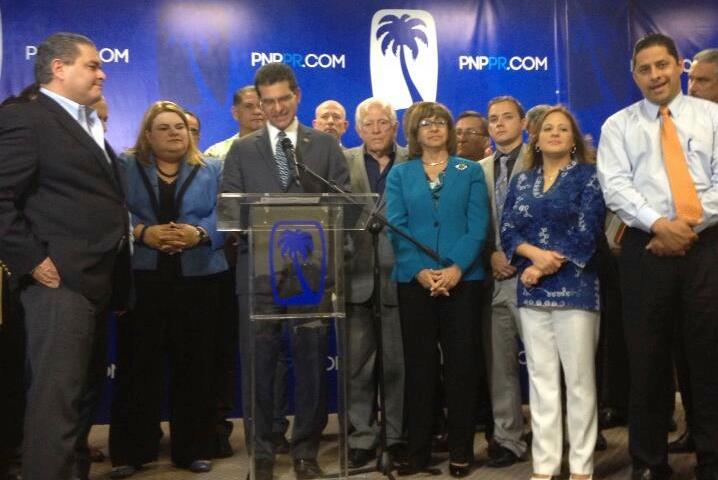 “Today the Board of Directors has taken a firm and affirmative step towards reaching statehood,” Pierluisi said.

The BOD approved a resolution stating that the party has to create a strategy where by any and all steps be taken to achieve statehood for Puerto Rico. The resolution also commits all PNP leaders to help out Pierluisi in lobbying Congress to ensure the success of the statehood bill.

“What remains is that for the entire Progressive and pro-statehood leadership to join in a united front for Congress to welcome my legislation and for Puerto Rico to achieve the equality, security, and progress we so richly deserve,” said Pierluisi.

According to Pierluisi, the BOD voted in favor of seeking the admission of the territory as a State by a unanimous decision.

Reaction to the announcement by the island’s pro-commonwealth Popular Democratic Party, the party of current Puerto Rican governor Alejandro García Padilla (D), has been rather low-key. A tweet from the PPD’s profile criticized Pierluisi for being outside of Washington, DC in April for 23 out of 29 days, but as of this initial posting García Padilla has yet to publicly comment about the proposed statehood bill, since he is currently dealing with an ongoing fiscal crisis at the University of Puerto Rico.

One response to “Pierluisi to Present Statehood Bill to Congress”