Connections in the Age of Social Media: A May Day Post by @intelatin

In 2009, I wrote all my secrets out in a letter and fell asleep in a sketchy motel near the airport in Mexico City. I did it as an exercise to come to terms with my past and prepare for my future at a pivotal moment in my life. My secrets weren’t super gnarly but I thought: If I die tonight, all my secrets will be out in the street and I will have nothing weighing down on me as I travel to the other side. In the morning, I awoke, tore up my past and went ahead with a new era in my life.

In 2013, I took it upon myself to test myself again in solidarity with Dreamers nationwide. I chose to go through a petitioner’s pardon for a green card identical to what the process would be for an upstanding Dreamer. Once an individual gets into the situation where a pardon has to be issued by the federal government for a Dreamer petitioning for a green card, the petitioner needs to put together a package with letters of support from their community connections. 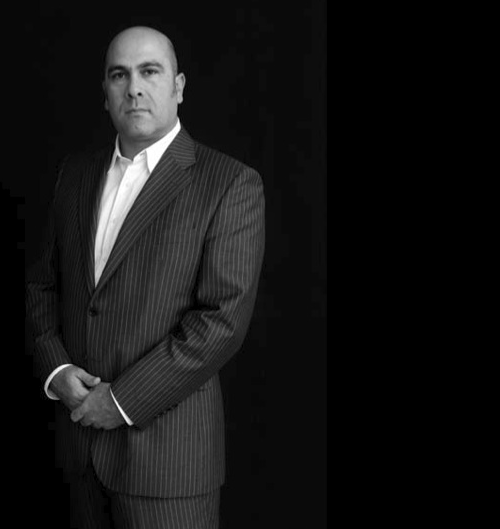 In my mind, this is a matter of great seriousness. It means that I am asking certain folks in my community for a favor that ties me to them for the rest of my life in the most critical moment of my life. As of May 1, my social media connections totaled to the following numbers: Facebook: 223, Twitter: 200, LinkedIn: 166. A total of 589 individuals. Of those, I chose 20 and three of them are not using social media. So, I chose 17/589 of my connections on social media: 2%.

I didn’t choose any of my childhood friends from high school or college because I didn’t want to taint those experiments. I wasn’t politically sensitive during those years and our relationships are not built on that type of sensibility. The “talk” that would ensue about explaining to friends that I wasn’t exactly who they thought I was because I was sans-green-card would create a dynamic that made me uncomfortable. I wondered if I could ask celebrities that I have featured over the last four years in magazine profiles. Pau Gasol came to mind as I was paid to write a cover feature on his philanthropic efforts and believe that his letter of support would have weight. I opted against asking Pau for a favor since we’ve never shared a meal. I wondered if I could ask the hundreds of publicists that I have done favors for but opted against them as well.

At the end of the exercise, I received 20 letters of support from the 20 individuals that read my secret confession. None of my colleagues knew that I was a Dreamer*. They asked me how I was able to graduate from college without the status and I explained to them about AB540. I cried with joy and relief as I received the letters. I thanked them all for their support. I am now in the pocket of 20 individuals who I already had in my virtual pocket. The next day, I contemplated the worth of 98% of my social media connections. I questioned their real worth. I am curious how others feel about the depth of their connections in this age of social media.

PS If you would like your response featured on my radio program, please email radio@intelatin.com

* I am not a Dreamer. I am a dual citizen of Mexico and the USA. If it were possible, I would surrender my citizenship down to residency to bring one Dreamer up to residency.

Sergio C. Muñoz at Intelatin is a Mexican artist and impact investor. His artwork is subsidized by his work in social finance to maintain independence. His writings are published locally, nationally and internationally and he hosts a community radio program called The Academic & the Artist that goes out weekly as a cloudcast. The archive of his work is available at Intelatin.com. Any comments or criticisms on this essay can be voiced publicly on Twitter at @Intelatin.

4 responses to “Connections in the Age of Social Media: A May Day Post by @intelatin”