We have been very cynical about the Boston media’s depiction of Aisling Brady McCarthy, given the fact that Brady McCarthy was residing in this country illegally when she was charged with the murder of a little baby, but when compared with other high-profile Boston cases (including the latest one involving the Boston Marathon bombing), Brady McCarthy’s immigration status rarely gets mentioned, and when it does, that fact is always buried in stories. 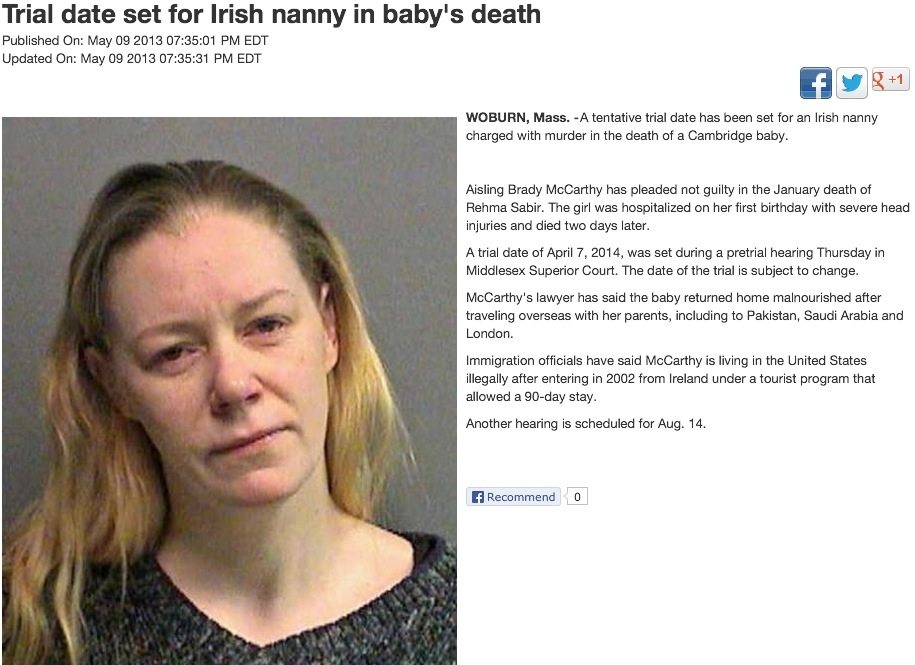 This double standard needs to stop.