It really doesn’t surprise us that ProEnglish, which was formed in 1994 by John Tanton, the very same John Tanton who heads up a network of some of the most racist and anti-immigrant organizations in this country (with help from the Vice Chairman of the Heritage Foundation), has now entered the push to stop comprehensive immigration reform. 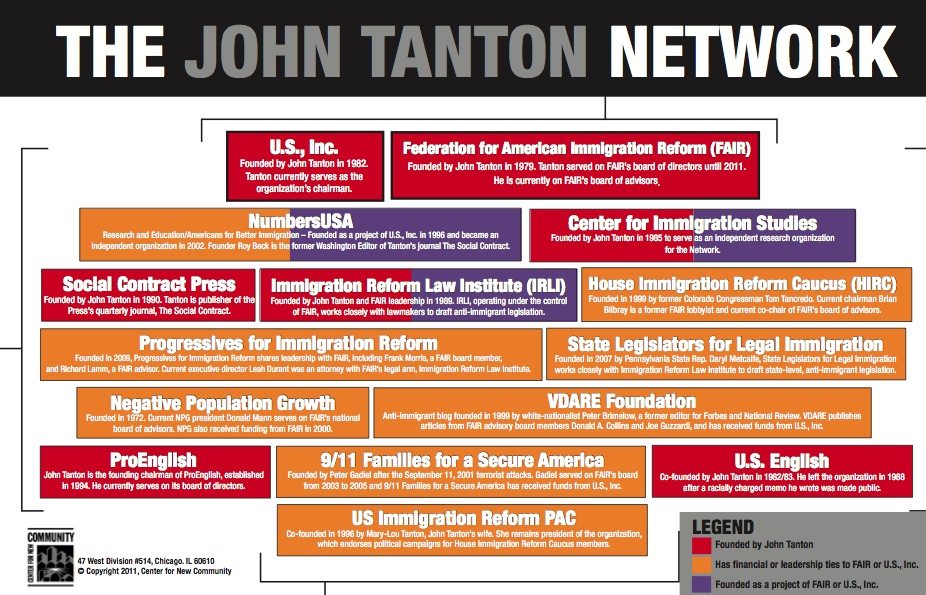 As they following radio ad being run in South Carolina shows, ProEnglish will even invent a “fake illegal” to hammer its point, as it goes after Senator Lindsay Graham, a proponent of the current Gang of Eight immigration bill.

Buzzfeed ran an story about this ad, and also mentioned how ProEnglish is defending it:

“ProEnglish will run the ad in South Carolina for as long as it takes to get the message out,” said spokesman Phil Kent. In fact, Kent said the ad campaign might expand beyond South Carolina.

“If we feel if this is successful we may target senators in other states,” he said.
Graham isn’t responding to the message of the ad.

Tanton founded ProEnglish in 1994, and he is still a board member. The organization is listed as a hate group by the Southern Poverty Law Center.

ProEnglish is led by Robert Vandervoort, who caused a stir in 2012 when he was invited to speak at a CPAC immigration panel despite his “past ties to the white nationalist group Chicagoland Friends of American Renaissance,” as it was described in contemporary media reports. American Renaissance warns against “Multiculturalism and the War Against White America” and “The War on White Heritage” on its website.

Ardent reform opponents steer clear of Vandervoort. Republican Kansas Sec. of State Kris Kobach — architect of the controversial immigration laws in Arizona and Alabama — distanced himself from the ProEnglish leader after appearing on the CPAC panel with him.

The group shrugs off critics who call it racist. “As for dishonest opponents, we choose to ignore smears and lies,” Kent said.

As for the ad, who is the guy in Spanish who did it, and did he wear his Self-Hate Badge when he recorded the commercial?