This past Sunday, the New York Post printed an article about a company called Real Bronx Tours and how its tour guides promised tourists “a ride through a real New York City GHETTO.” 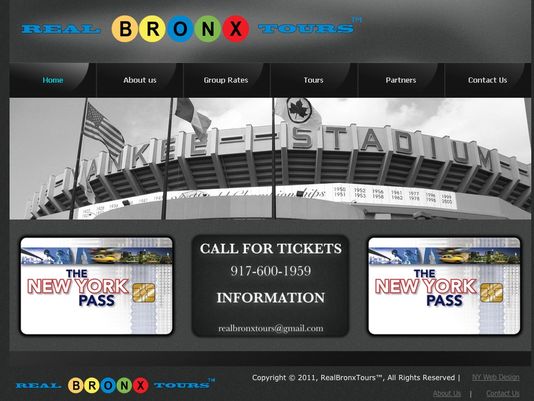 The article detailed how a tour guide, Lynn Battaglia, led tourists through the South Bronx, ridiculing its neighborhoods, defaming its history and mocking its residents—some of whom were in line at a local food pantry!

In this excerpt from the New York Post, the author describes Battaglia’s derisive comments about the borough’residents.

As the bus idled across from historic St. Ann’s Episcopalian Church, Battaglia launched into a description of the crime, poverty and violence that plagued the South Bronx during the 1970s recession.

As she spoke, a line of two dozen poor people — including one man visibly agitated by the onlookers — waited for handouts from the church pantry.

‘I don’t know what that line’s about, but every Wednesday we see it,’ Battaglia told the tourists. ‘We see them go in with empty carts, and we see them come out with carts full.’

It’s hard to see who knows less about the Bronx—Battaglia or her customers.  According to the Post article, Battaglia continued to spew prejudiced misinformation, from telling tourists that the derogatory use of the word “pig” for police officers originated in the Bronx, to telling the tourists that if during the 1970s someone wanted to die, they would have been “in the right neighborhood.”

The group appeals to Bronxites—and all New Yorkers, really—to sign a petition that calls for Real Bronx Tours to “Stop exploiting the Bronx by giving “ghetto gawking” tours. This is racist, classist, and plays on stereotypes.”

So far, the petition has been signed by 200 people, with many of them decrying the negative stereotypes being perpetuated and the negative aspects of the borough’s past that continue to be held against a new generation of Bronxites.

Here are testimonials from some of the supporters of the petition:

I grew up in the South Bronx, was never mugged, earned a bachelor’s degree at an Ivy League school and I am an education administrator living in the Bronx. I am proud of the Bronx and the teachers, church community and my family who supported me and helped me become who I am today.

BECAUSE WE NEED TO HAVE THE WORLD SEE US FOR MORE THAN THE NEGATIVE ASPECTS OF OUR PAST!!

The Bronx is a thriving and growing city full of many positive people and things. These stereotypes need to stop!

Today’s South Bronx is a far cry from the South Bronx that was “burning” four decades ago. It has a rich and beautiful history, present and future. It is home to many bright, driven and diverse people. The Bronx’s Grand Concourse—a street Battaglia made fun of during the tour written about in the New York Post— proudly boasts the names of the Bronx’s most famous former residents, including Rita Moreno, La India, Joy Bryant and Regis Philbin, to name a few. Every year since 1991, the Bronx hosts Bronx Week—a week dedicated to celebrating the Bronx, its residents and the contributions that each have made to the city, state and world. As it happens, Bronx Week ended on the day the Post article was published.

As of Monday, May 20, 2013—one day after the Post article was printed—Real Bronx Tours no longer offers “a ride through a real city GHETTO” on its site. Instead, the tour advert reads:

Get off the beaten path and see more of New York than just Manhattan. Let us show you the Bronx as it really is, a borough of diverse ethnic groups and neighborhoods, cultural institutions and surprising natural beauty.