Yesterday we published the news of a campaign organized by Boricuas for a Positive Image calling for MillerCoors to stop the distribution and production of a limited edition Coors Light product classified as the official beer of the Puerto Rican Day Parade. The can displays the parade organization’s logo and includes the colors of the Puerto Rican flag. 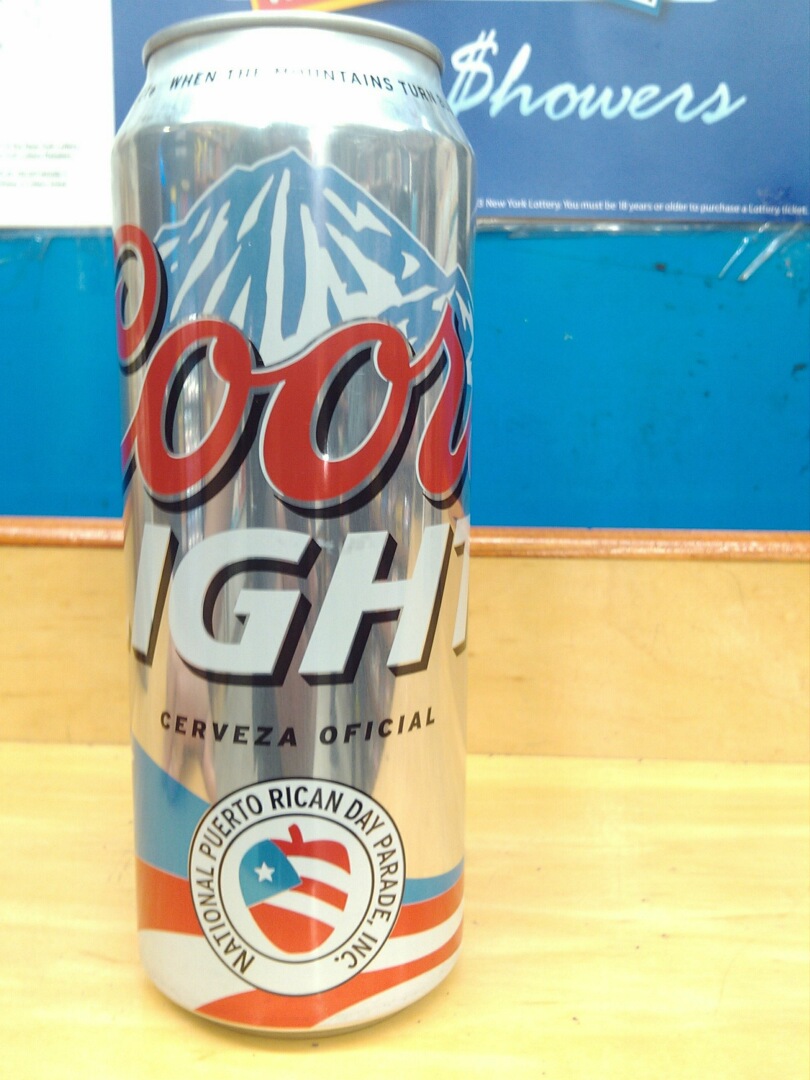 Critics of the Coors Light product have called on the parade’s board of directors to comment about the partnership with Coors, especially since in 2011 the parade and the beer company were taken to task for a series of “Emborícuate” ads leading up to the parade, an annual New York City tradition.

Over the weekend East Harlem City Councilor Melissa Mark-Viverito commented to DNAInfo.com about the Coors Light can, saying that it was “disrespectful.”

“It’s disrespectful and it’s not a good fit,” Mark-Viverito told the outlet. “When you are talking about a flag and what it represents, being linked to an alcoholic beverage is not reflective of what our culture symbolizes.”

Mark-Viverito is of Puerto Rican descent.

When asked about whether the parade’s board of directors should be held accountable for this latest incident, Mark-Viverito said the following: “”Not only is this an indictment of Coors but the board of the Puerto Rican Day Parade has to also be questioned. What criteria are they using to determine what a sponsor can or cannot do? You would like some semblance of accountability and transparency about what the money being raised is being used for.”

Yesterday Latino Rebels wrote to all the members of the parade’s board, asking for comment. So far, no one of the board has responded to our requests for comment.