Latino Rebels will be running a series of pieces by local Bakersfield journalist/writer Nick Belardes about the in-custody death of David Sal Silva. This is the series’ first post.

Part One: Culture of Drugs

BAKERSFIELD, CA – There’s a culture of drugs in the cities where we live in America. Amid the urban streets of new developments. In the eastsides and westsides. Downtown in the heart of homelessness, and in businesses and schools. This culture of pain and mental illness, which is in need of healing, sometimes becomes a victim to law enforcement, to brutal control techniques, where the goal of submission, and the resulting and often confusing haze of a man’s struggle against it, can lead to death, as in the May 8 incident with David Sal Silva.

In the few blocks before Flower Street dead ends are five carnicerías. Each colorful meat market has its own style and name like 5 Estrelles Mercado, PeeWee Market and Carnicería Tacquería. Just east of the last market, on the south side of the street where David Sal Silva died on Palm and Flower streets in the early morning hours of May 8, lies a row of homes and a dirt lot. Part of a tree lies broken and brittle in the lot along with an empty energy drink can and Icee cup—possibly tossed by kids from East Bakersfield High. Their path is a straight shot from the nearby east end of Flower Street. A short walk further west of Palm is a German restaurant, apartments and the boarded-up Motel Flower with its white, paint-chipped, spiked fence. 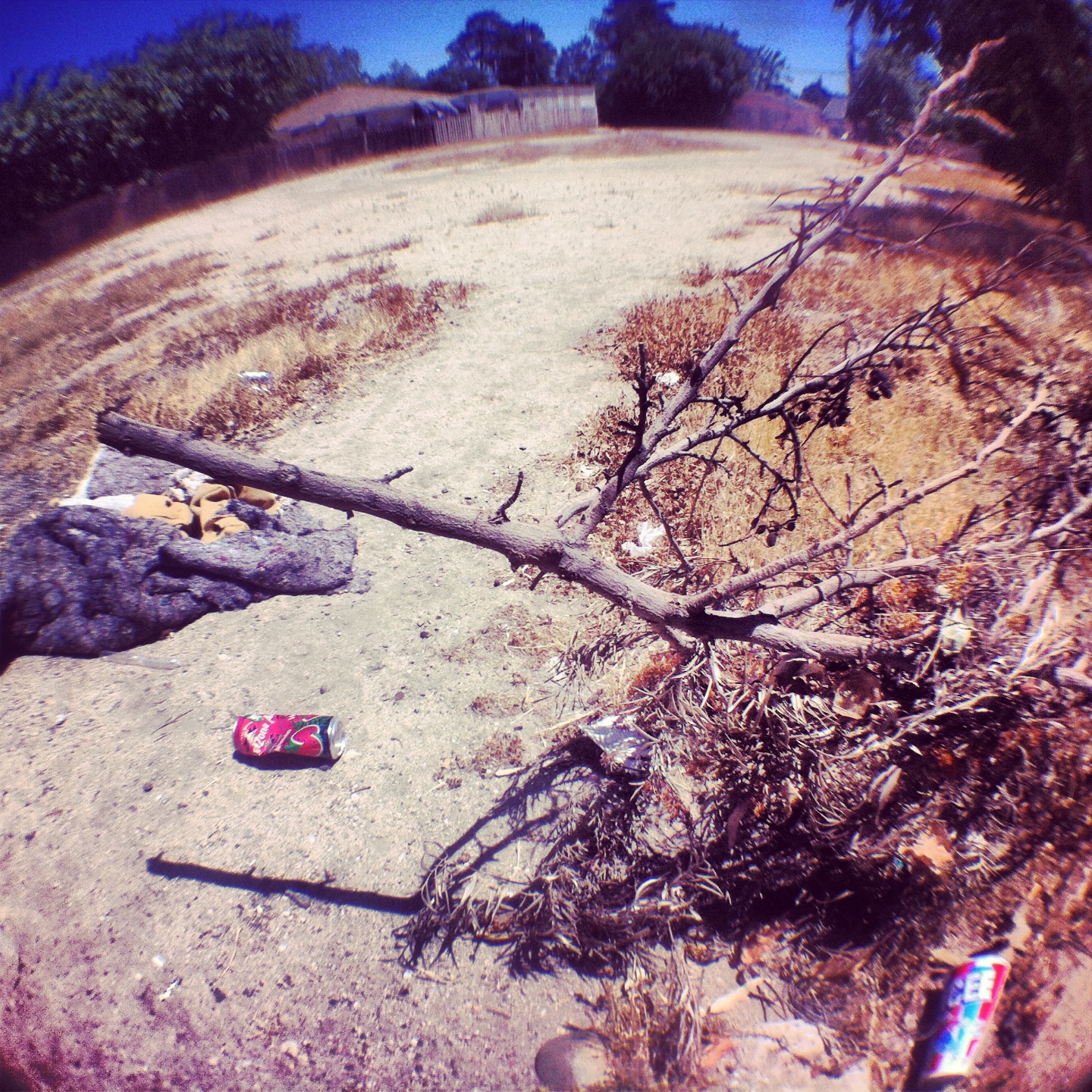 This is the street where I first grew up when my family moved to Bakersfield in 1976. It mostly looks the same, though Kern Medical Center, directly across Flower Street at the corner of Palm Street, looms as a strange throwback with hospital wings from separate decades shoved together as if by giant hands.

In the hospital parking lot area toward the Mt. Vernon Avenue side of the facility is the Mary K. Shell Mental Health Center. Outside, a young blonde wearing a rainbow bead bracelet sits on a low brick wall. She turns away to hide her strung-out face. Has she recognized me? After a while she lies down on the wall, comforted by another woman. I wonder what desperation has brought the young blonde to the center’s doors. Has she had enough drugs? Enough alcohol? Enough of both? I’m told many of the faces of those who pass through the center all have the same look of withdrawals, or of being under the influence. For the few who make it through the program, after a few weeks they start to perk up. Color returns to their faces. Lives begin to renew.

I hear on the weekends, a small percentage of those facing addiction in Kern County, who like all addicts are mentally ill, and who must find a way to battle through the pain of addiction, swarm AA meetings in Bakersfield by the hundreds. Many don’t want meetings that have to do with God. Some need the support of smaller groups. Some want to get help, but in their drug and alcohol binges and bouts with inner demons, give up, melting back into their addictions. A few find their way to the Mary K. Shell Center.

David Sal Silva almost made it. At least I’d like to think he was close. Real close. He was in the same parking lot. He was seeking help. We know from reports he argued with his girlfriend the evening before his death, that he reeked of alcohol, and that according to her in a Kern County Coroner report, he drank excessively. Many in Kern County do. Many in America do. She told the coroner she told Silva to leave and seek professional help to get over the break-up. 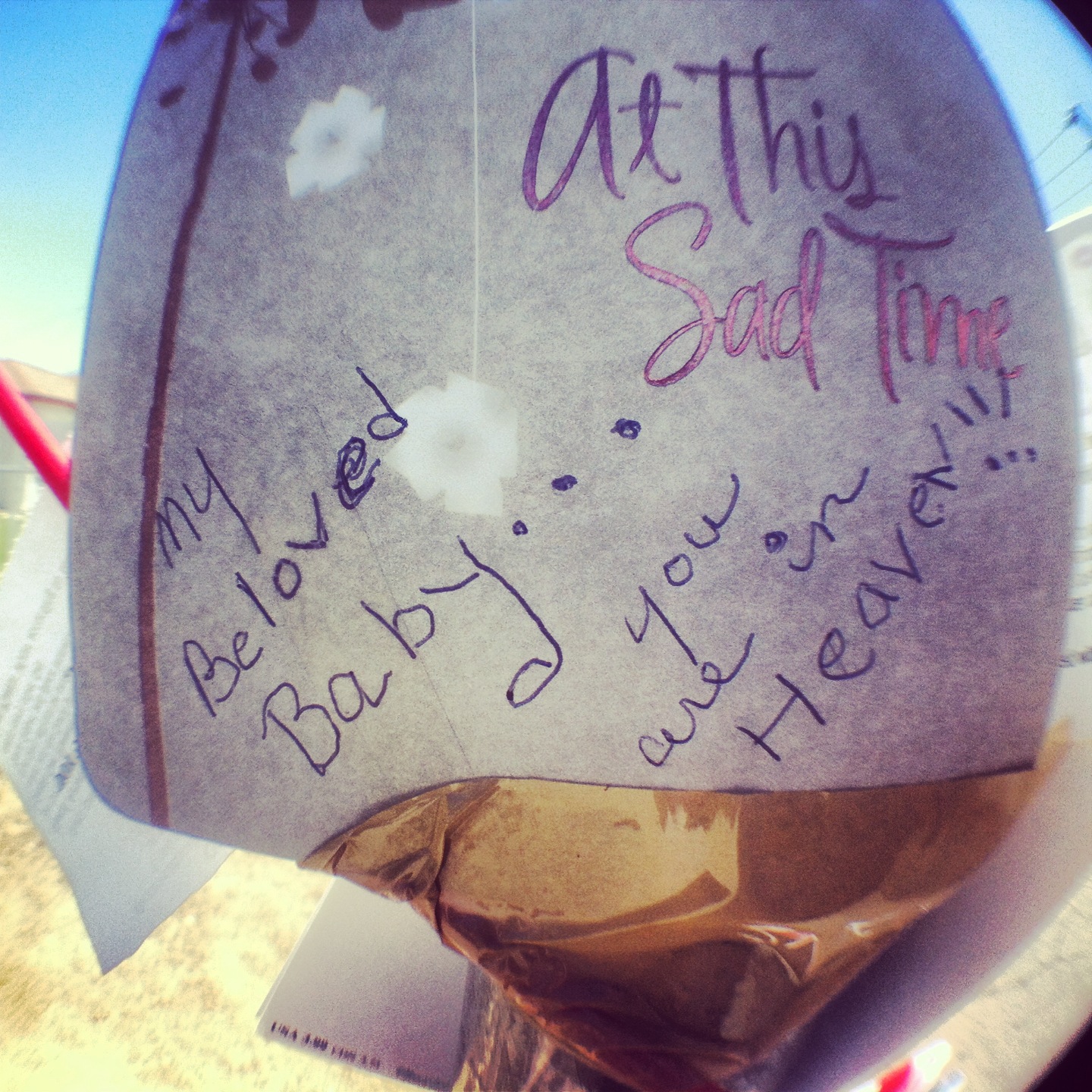 Did she say to get help with his addictions too?

Either way, he made it to the emergency room. Got referred to the Mary K. Shell Center at the triage. But then he went the wrong way, or was too confused about where to go. Maybe was chased out of the lot by security. Would the center have even been open? I don’t think so though there’s a hotline.

We live in a culture of drugs in Kern County. Good people get addicted. Doctors, lawyers, teachers, manufacturing workers, students, mothers, fathers. People who face hopelessness, homelessness and desperation all get addicted. One of my friends here was addicted to crank. Another, MDMA. Another used meth to lose weight, then got caught up in his addiction and contracted HIV. I heard of a Kern County veterinarian who got addicted to animal anesthesia because of his own chronic pain. Only one person I know went through the Mary K. Shell program.

On the corner where Silva died, where a star-spangled bow is tied beneath the gang-tagged stop sign, and a planter dried from the burgeoning summer has fallen over, you can see the Mary K. Shell Center. That’s how close Silva was. 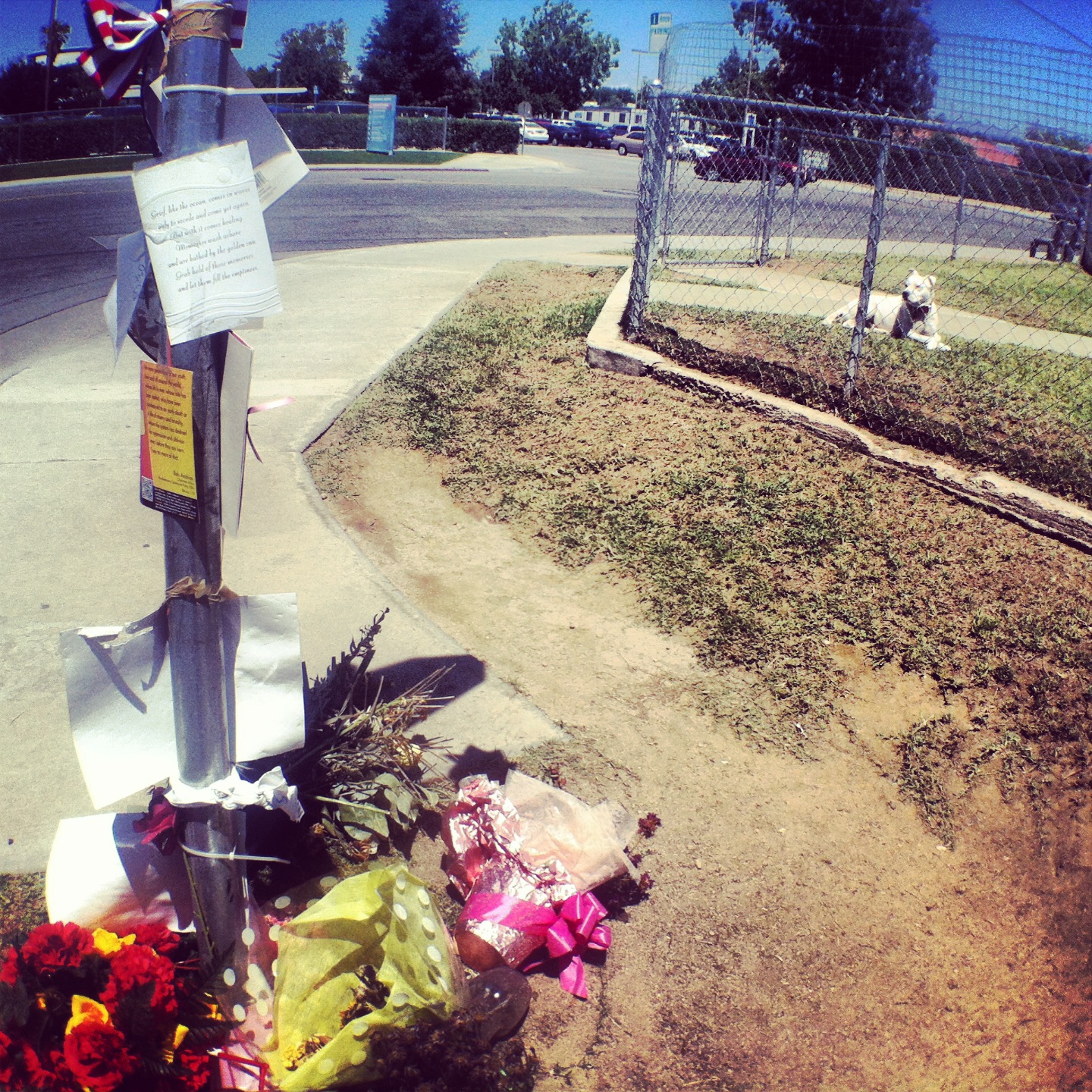 We know by now that 33-year-old David Sal Silva had a controversial death. After he was woken on a street corner he was bitten by a Kern County Sheriff’s Department K-9 unit dog, was allegedly under the influence of drugs and alcohol, was struck with batons by three officers (which can be seen in a grainy home surveillance video), received gashes and cuts all over his body, head, face and arms in the eight minutes after he was woken from his slumber on the street corner. And in whatever haze he was in, fought for his life, struggling through the moment this culture of violence between drugs, the law and human desperation sometimes catapults citizens into.

Whether his diseased heart gave in to the alleged drug-induced tension and anxiety of over-exerting himself in what even Kern County Sheriff Donny Youngblood in a news conference called “the heat of the battle” in a press conference, or if Silva’s death was a direct result of inappropriate control techniques, further video footage and investigation of the incident remains to be seen. All the controversy over detaining witnesses, their videos (and alleged missing videos) and a parallel FBI investigation, will come to bear truths about better solutions for people like David Sal Silva, who should have been in a treatment program today, instead of dead and missed by loved ones. 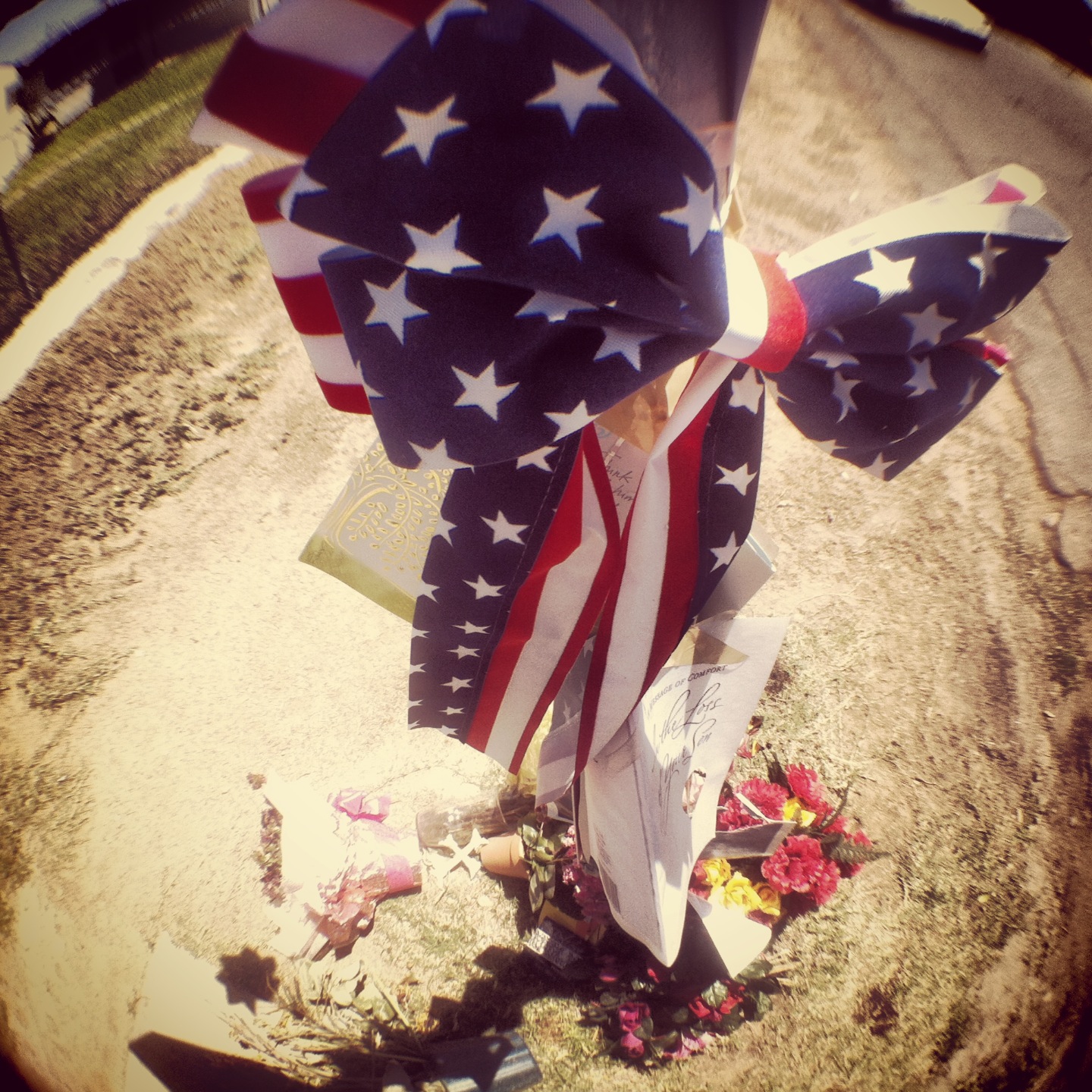 While addiction can make any man feel hopeless, the tragedy in the untimely death of David Sal Silva is there was a hospital a few feet away from his life-ending struggle, and the Mary K. Shell Center within sight, within hope.

A hopeless, confused man can’t find his way two feet in the dark. A man so desperate that he is passed out on a street corner needs help. The addicts—the fathers, brothers, mothers, sisters, friends—in our society need our help. They die too often and are rescued far too little.

Coming up next: Part Two: Perfect Storm: A discussion of David Sal Silva’s death and Kern County’s culture of violence against the mentally ill. Are people being brutalized instead of rescued?