To quote the great Ricky Ricardo, “You got a lot of explainin’ to do.” Such is the case of Texas Senator Ted Cruz and his dad Rafael Bienvenido Cruz, who were featured today on NPR. The younger Cruz, born in Canada and now one of Congress’ stauchest critics of the current immigration reform bill being debated, has always said that he was a champion of legal immigration. Guess he never got the memo about who his dad left Cuba because last time we checked, bribing a government official is an illegal act. 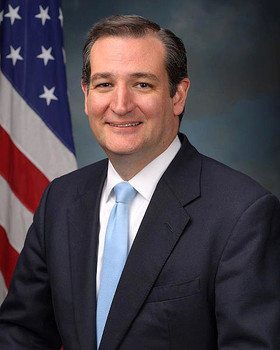 Here is what the NPR segment said:

The views of that freshman senator — Texas Republican Ted Cruz — have been significantly colored by the saga of his own father, an immigrant from Cuba.

“In my opinion, if we allow those who are here illegally to be put on a path to citizenship, that is incredibly unfair to those who follow the rules,” Cruz has said.

And the example he frequently points to is his father, 74-year-old Rafael Bienvenido Cruz.

“I came to this country legally,” Cruz’s father says. “I came here with a legal visa, and … every step of the way, I have been here legally.”

In an interview near his home outside Dallas, the elder Cruz says that as a teenager, he fought alongside Fidel Castro’s forces to overthrow Cuba’s U.S.-backed dictator, Fulgencio Batista. He was caught by Batista’s forces, he says, and jailed and beaten before being released. It was 1957, and Cruz decided to get out of Cuba by applying to the University of Texas. Upon being admitted, he adds, he got a four-year student visa at the U.S. Consulate in Havana.

“Then the only other thing that I needed was an exit permit from the Batista government,” Cruz recalls. “A friend of the family, a lawyer friend of my father, basically bribed a Batista official to stamp my passport with an exit permit.”

Then there is the whole Canada thing:

“Since he liked to eat seven days a week, he worked seven days a week, and he paid his way through the University of Texas,” Ted Cruz says of his father, “and then ended up getting a job and eventually going on to start a small business and to work towards the American dream.”

Only he did that in Canada, where Ted was born. His father went there after having earlier obtained political asylum in the U.S. when his student visa ran out. He then got a green card, he says, and married Ted’s mother, an American citizen. The two of them moved to Canada to work in the oil industry.

“I worked in Canada for eight years,” Rafael Cruz says. “And while I was in Canada, I became a Canadian citizen.”

The elder Cruz says he renounced his Canadian citizenship when he finally became a U.S. citizen in 2005 — 48 years after leaving Cuba. Why did he take so long to do it?

Ted Cruz talks with his father, Rafael, on the day of the GOP primary election in May 2012 at the campaign’s phone bank in Houston.