Earlier today, we heard back from a GOYA Foods public relations employee informing us how the company will correct a factual error on the base of the new Roberto Clemente statue at Roberto Clemente State Park in the Bronx, but has yet to decide what to do with the large GOYA logo that also appears on the statue.

Meanwhile, news of the statue has reached Puerto Rico, but it is news that is not being fully reported. For example, the Facebook page of El Nuevo Día today shared an image of the Clemente statue. The image, however, was cropped, blocking out the GOYA logo. 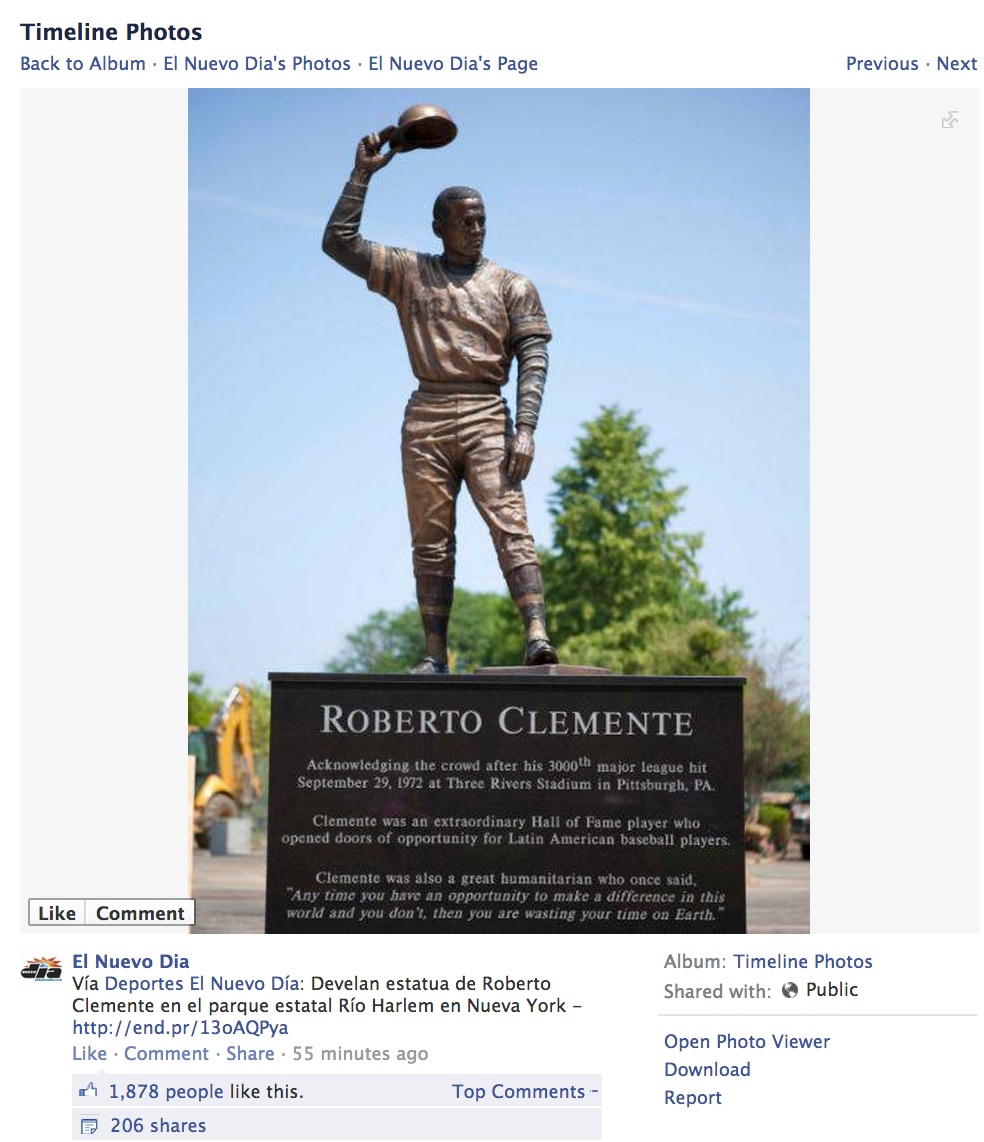 Here is a picture of the actual statue: 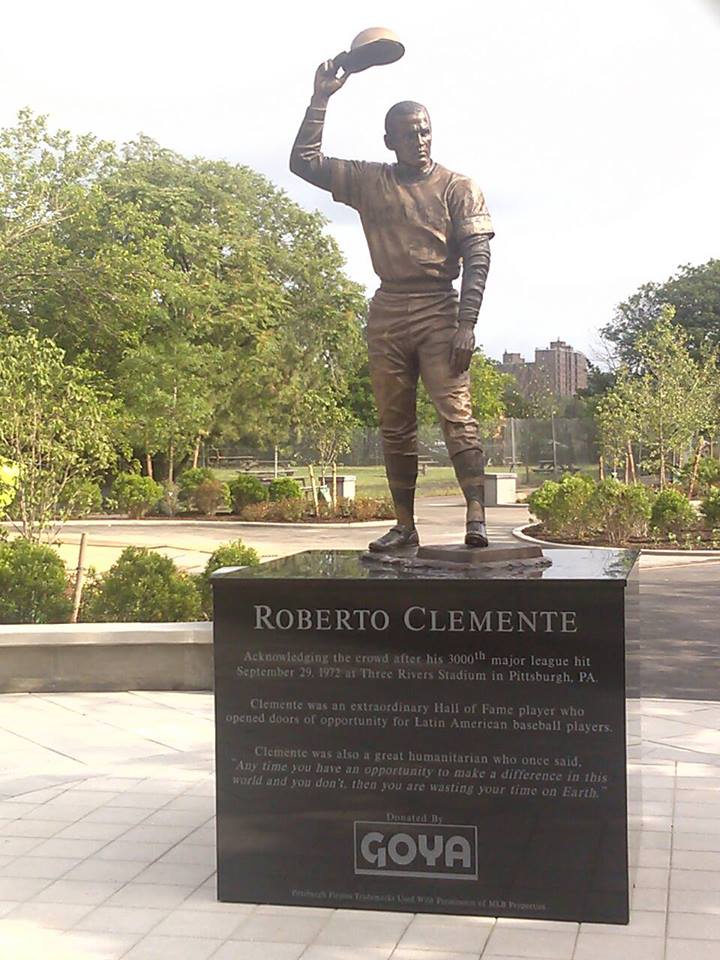 El Nuevo Día also ran a story today about the statue. That original story was an excerpt of a story from ESPNDeportes, which has yet to correct the error that Clemente’s 3,000th hit was on September 30, 1972 and not September 29, 1972, which is what the statue shows now and what will be corrected by GOYA. That ESPN story included a photo of the Clemente statue, without the GOYA logo on the bottom of the statue. Both outlets forgot to do some basic fact-checking. 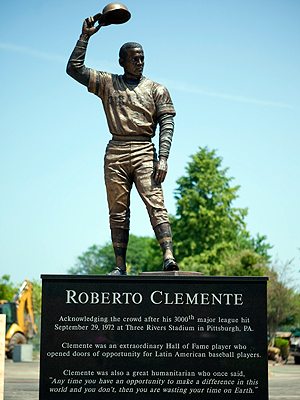 The ESPN story quoted Clemente’s son Luis, who told the outlet in Spanish: “I was in front when we unveiled the statue and I was very impressed. Tears came out of me. I want this to become a source of inspiration. This image says a lot. It says “thanks.” It demonstrates the character and I think that is really the achievement of all the Latinos it represents.”

Meanwhile, social media memes criticizing the GOYA brand continued to be shared. Here is one posted today on Twitter: