Last week, we shared the story of gay bashing from Nicolás de Jesús López Rodríguez, Archbishop of Santo Domingo, towards James “Wally” Brewster, an openly gay LGBT activist and current choice for US ambassador to the Dominican Republic. 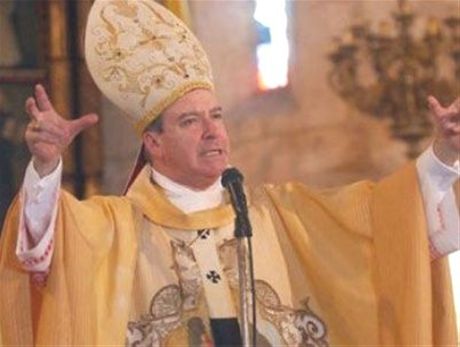 This week reports from the Caribbean nation show that the archbishop’s diocese is facing a child molestation investigation and there are indications of a cover-up as well. Here is what the Raw Story published yesterday:

Dominican Cardinal Nicolás de Jesús López Rodríguez, who openly used a homophobic slur against an American diplomatic nominee could be questioned by local authorities in a child molestation case, Towleroad reported on Saturday.

The office of the prosecutor in Santiago, Santo Domingo, is investigating the disappearance of one of Wojciech “Alberto” Gil, a priest in Rodríguez’s diocese who left the country following abuse accusations from several families.

Following initial reports of the accusations against Gil, the Santiago Archdiocese, which Rodríguez heads, suspended him as of May 30. Two children from Gil’s congregation have also been reported missing, and authorities are determined whether Gil took them out of the country under an alias.

“We cannot get ahead of the investigation since it must be determined whether the priest managed to leave Dominican Republic with another identity,” Luisa Liranzo told Dominican Today. “We have to wait for Immigration to investigate.”

One blog following the story said:

Gosh, Cardinal Nicolás de Jesús López Rodríguez! Got any ideas about how, as public outrage mushroomed, your priest could have left the country so stealthily, perhaps under an assumed name and maybe even with two embarrassingly talkative minors? Have you thought about asking around — maybe one of your other padres knows something! Maybe you do, but it slipped your mind… We’re guessing that the civil authorities would be all ears should you decide to favor them with your distinguished input. Don’t be shy, now; we know you can run your ecclesiastical mouth when you want to!

The following video, which also ran on The Stream, shows the Dominican cardinal sharing his thoughts about Brewster and using an anti-gay slur to describe him: