After 60 Years of Bombing, Vieques Gets an Unreality Show from TLC

All you need to know about TLC’s “Wedding Island,” broadcasting tomorrow night, is this: 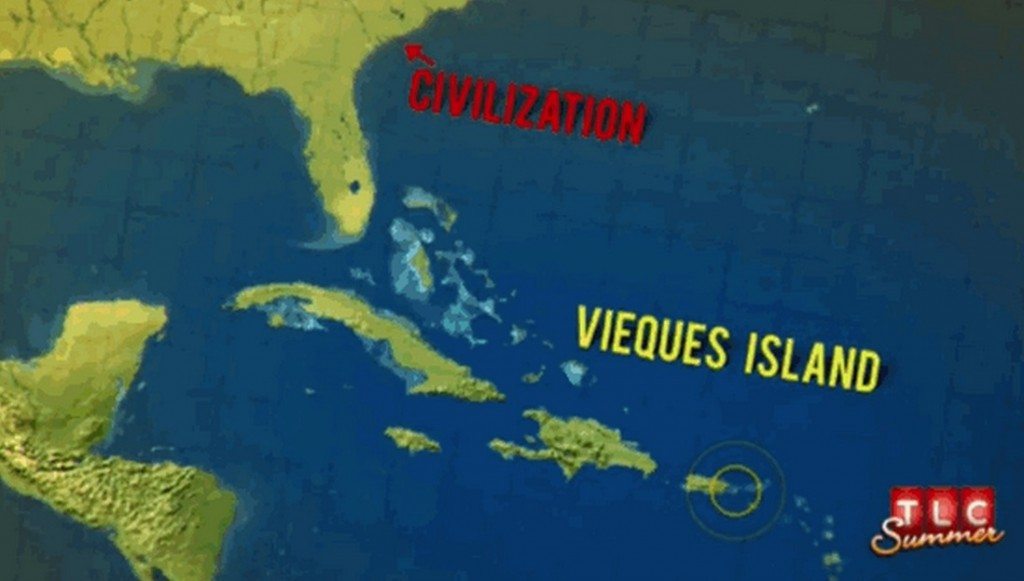 We spent all that time protesting all over the country and in Vieques itself to force the Navy to stop using it as target practice for this? Tomorrow, July 17th, the TLC channel will be premiering a “reality” show called Wedding Island, which is set on la Isla Nena. The show, which is basically a vehicle for a business, Weddings in Vieques, is yet another attempt to gloss over the troubling history of the island, which has still not been properly cleaned up, and is still struggling with massive poverty, just as it is being gentrified by upscale hotels, catering to tourists oblivious to these things.

The new series has already gotten the attention of New York Solidarity With Vieques, which shared the following statement:

No crying on “Wedding Island?” Tell that to the thousands of Viequenses still suffering from 60 years of U.S. military bombing practices.

New York Solidarity with Vieques respectfully invites our families, friends, and allies to view the first episode of a reality series that was filmed on the island municipality of Vieques, Puerto Rico and airing on TLC on Wednesday, July 17th at 10 pm, Eastern Time.

Viewers discretion is advised: While this show will air during the ten-year anniversary of a valiant international struggle to end over 60 years of bombing by the US Navy (which resulted in contaminated lands and water, disproportionate rates of cancer and other illnesses, and high rates of unemployment), The Learning Channel has instead decided to focus on a reality show called “Wedding Island.”

We urge you to view the first episode on Wednesday and let us, the New York Solidarity with Vieques, The Learning Channel and its sponsors know how you feel about this “reality.”

We also invite you to join our FB page and attend our weekly meetings as we discuss the many ways we can assist the people of Vieques with their reality.

2 responses to “After 60 Years of Bombing, Vieques Gets an Unreality Show from TLC”