Guess that Twitter will now be the place to direct hate and racism towards ANY LATINO singing either the national anthem or “God Bless America.” After last month’s Sebastien de le Cruz controversy, this week pop star Marc Anthony was the subject of the typical “Go Back to Mexico” and “American people should sing the anthem” comments, even though Anthony is an American citizen. 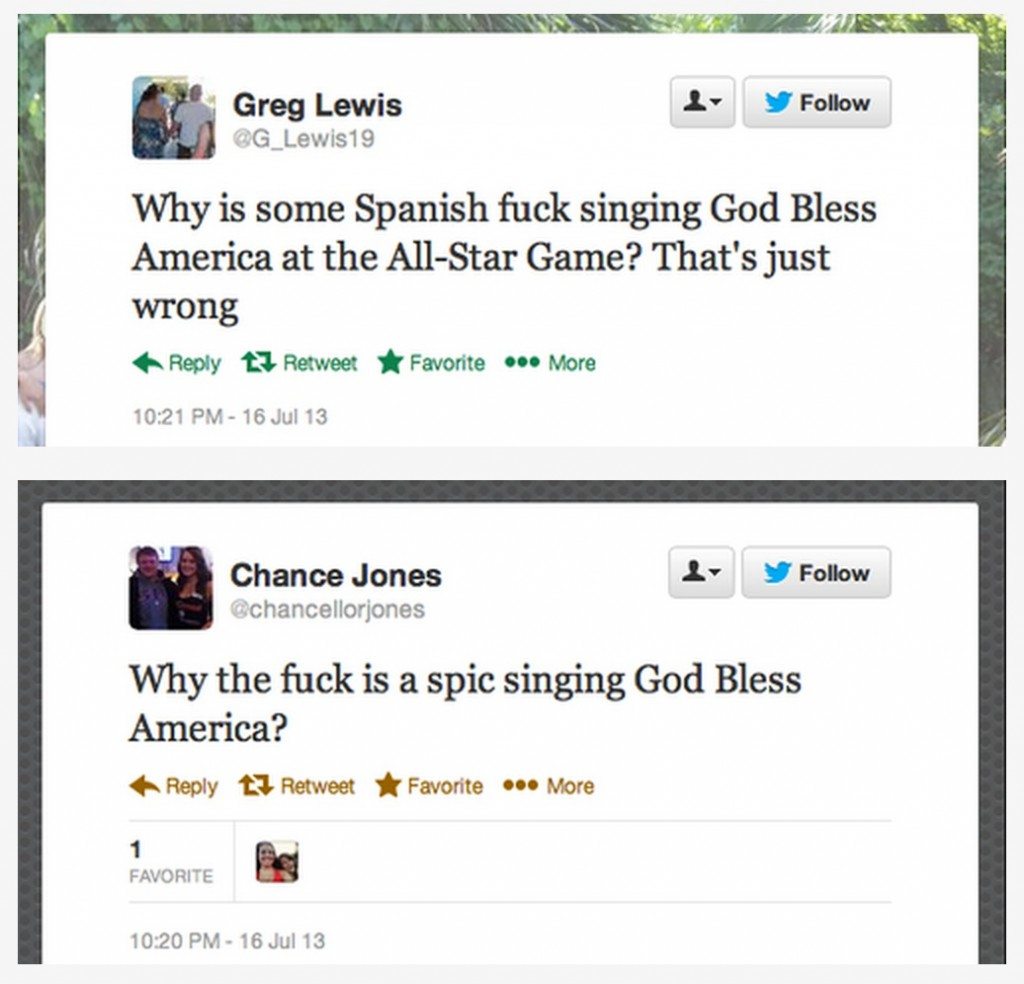 You can read even more responses on NBC Latino, although some Twitter profiles deleted their original thoughts.

Anthony’s supporters, however, are quickly calling out the hate:

My ole buddy from the big apple getting hated on by ignorant Amerkuns. Marc Anthony has probably paid more in… http://t.co/zuKSEKxk4m

One YouTuber offered the right response to this:

1. Marc is of Puerto Rican descent; he’s NOT Mexican.
2. He was born in NYC; he IS an American citizen.
3. “Americans” should know their own geographical facts: Queens is﻿ the most ethnically diverse urban area in the world. YES, it’s YOUR country that is hosts the most cultural diversity on the planet, and sadly, it’s where you can find some of the most racist (and ignorant) people.

Good for those who are speaking out. How can anyone call this “unAmerican?”