Last night in Miami, Colombian-born Israel Hernández-Latch died at the hands of police. As the Miami New Times reports, “An 18-year-old skater died yesterday after Miami Beach Police officers caught him tagging a building and then Tasered him.” 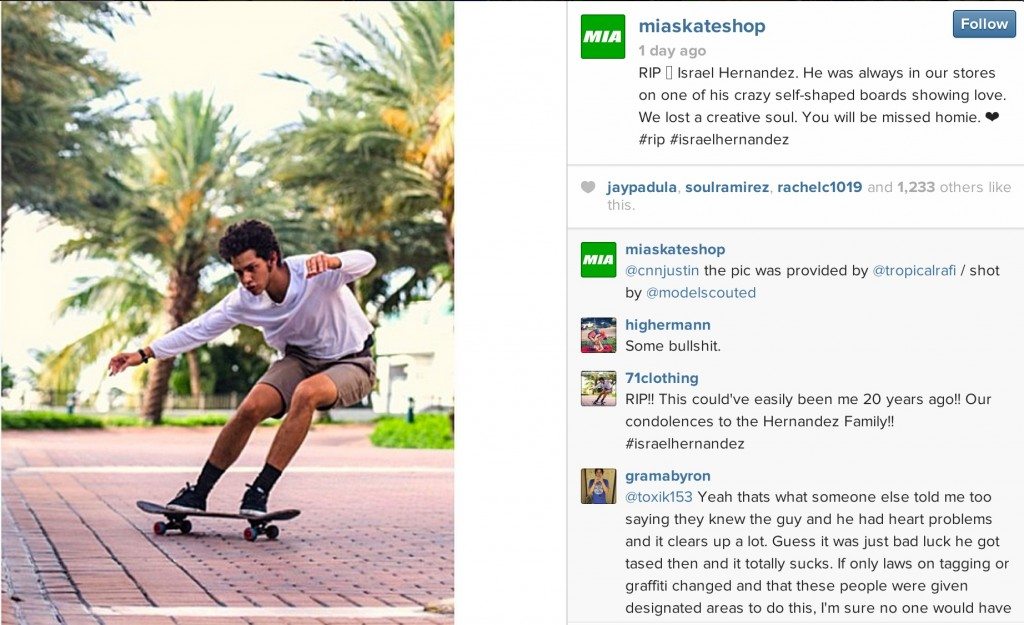 The MNT piece also quoted Hernández’s friend: “I just cant believe it. I still have his hat and his board. They still smell like him. It’s crazy.”

According to reports, “Hernández died after being Tasered. Police chased Hernandez after catching him tagging a building and used the electronic weapon when he refused to stop.”

Al Jazeera America’s “The Stream” explored what social media in both the US and Colombia had to say about the death.