Los Muros Hablan, a street-art traveling initiative arrives at NYC’s own El Barrio and the South Bronx. Beginning on August 19, artists from Latin America and the Caribbean arrive to the island of Manhattan to rescue and transform abandoned spaces in and around el Barrio, New York’s iconic Latino neighborhood. 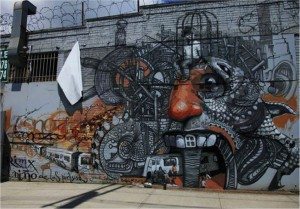 Using the vision of artists from Puerto Rico, Mexico, Colombia, Haití, Ecuador, NYC, and the rest of Latin America and the Caribbean, Los Muros Hablan will punctuate the fluidity of spaces, and the fragmented yet uniquely cohesive nature of the Latino and Caribbean diaspora. On Monday, August 19th, the artists will start working on their outdoor murals, while visitors interact and experience the creative process at work in real time.

Begun in Puerto Rico by La Respuesta, one of the island’s leading cultural spaces, the project is built upon an international art movement of major cities, and includes the creation of multicultural urban art. It aims to transform spaces into places where cultural collaborations, exchange of ideas, dreams, concerns, and passions can occur. After its previous success in Puerto Rico, the initiative added a layer to the movement–the creation of multicultural art across borders. 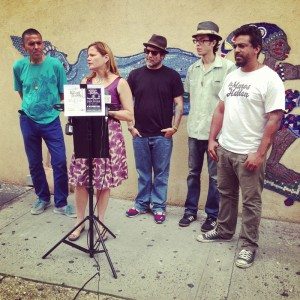 The festival closes with a huge Block Party on Saturday August, 24th featuring a motley crew of DJs, live musicians and performers, including the Orquesta el Macabeo (NYC debut), Flaco Navaja and the Razor Blades, DJ Velcro and D’Marquesina, Miguel Luciano, Ricardo Cabret, Buscabulla, and Lalaboy (an Iris Chacon impersonator.) The performance by artists born and raised in Puerto Rico and New York furthers the project of building a bridge between New York and Puerto Rico, and between Puerto Rico and Latino culture. 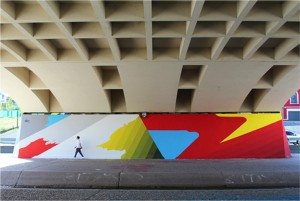