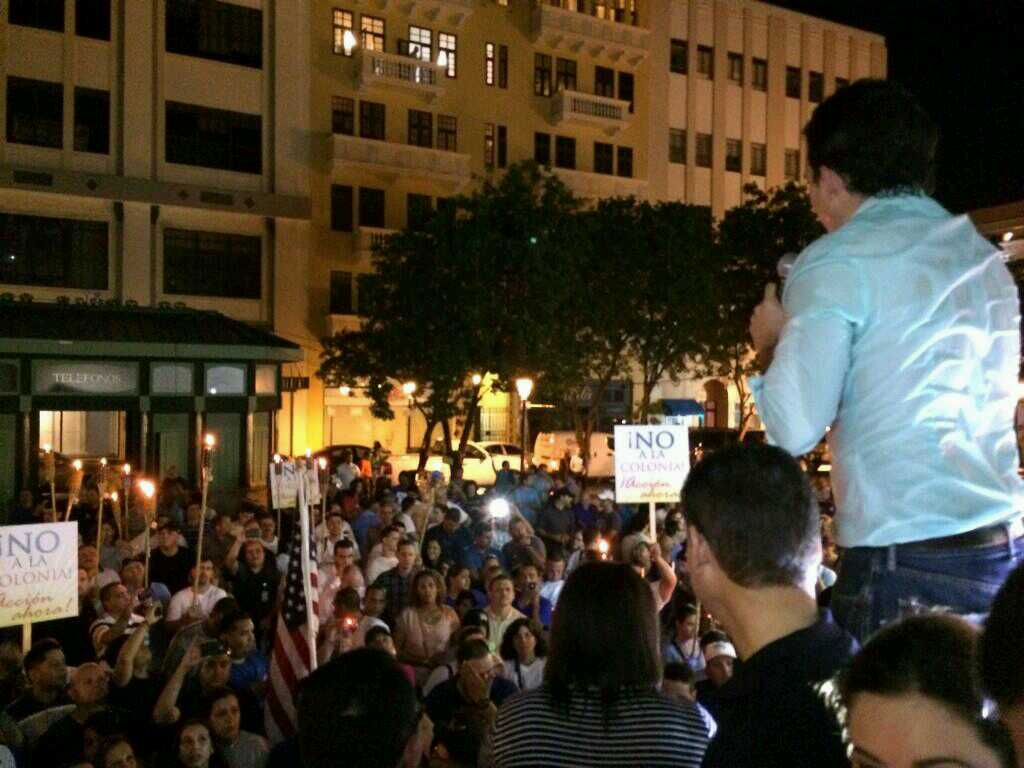 The activity was held at night during a rain storm and with no political parties helping to mobilize march members. Analysts were amazed at the amount of people that showed up. Many of the PNP leaders refused to endorse the activity, largely in part because statehood proponent Pedro Pierluisi, the party’s president and main candidate for governor, has been wary of Rosselló’s popularity with the PNP base and youth.

The march began on Dos Hermanos bridge, headed to the Supreme Court, and then proceeded to the Capitol building, where legislative sessions are now being held at night due to a law that changed how the legislature operates. It concluded near La Fortaleza, where pro-commonwealth Governor Alejandro García Padilla resides. 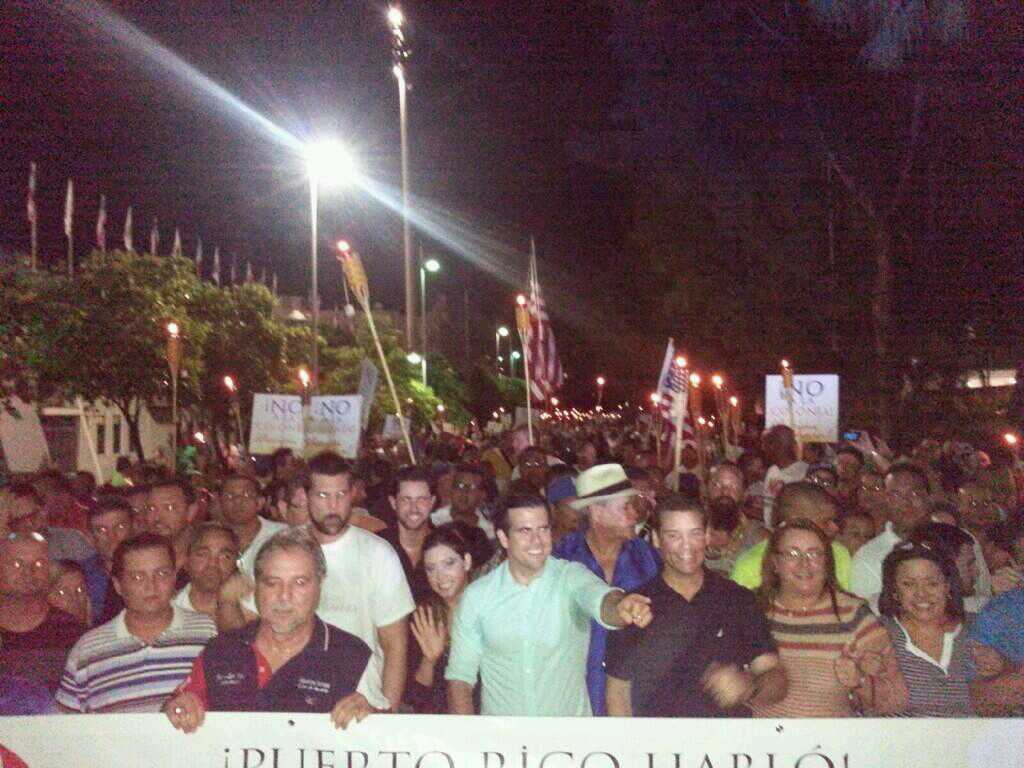 According to El Vocero newspaper, BAE, along with StarPac, a political action committee also headed by Rosselló, paid for an ad broadcasted mainly in mainland cities such as New York, Miami, Orlando, Philadelphia, Chicago, Tampa Bay and Washington, DC. 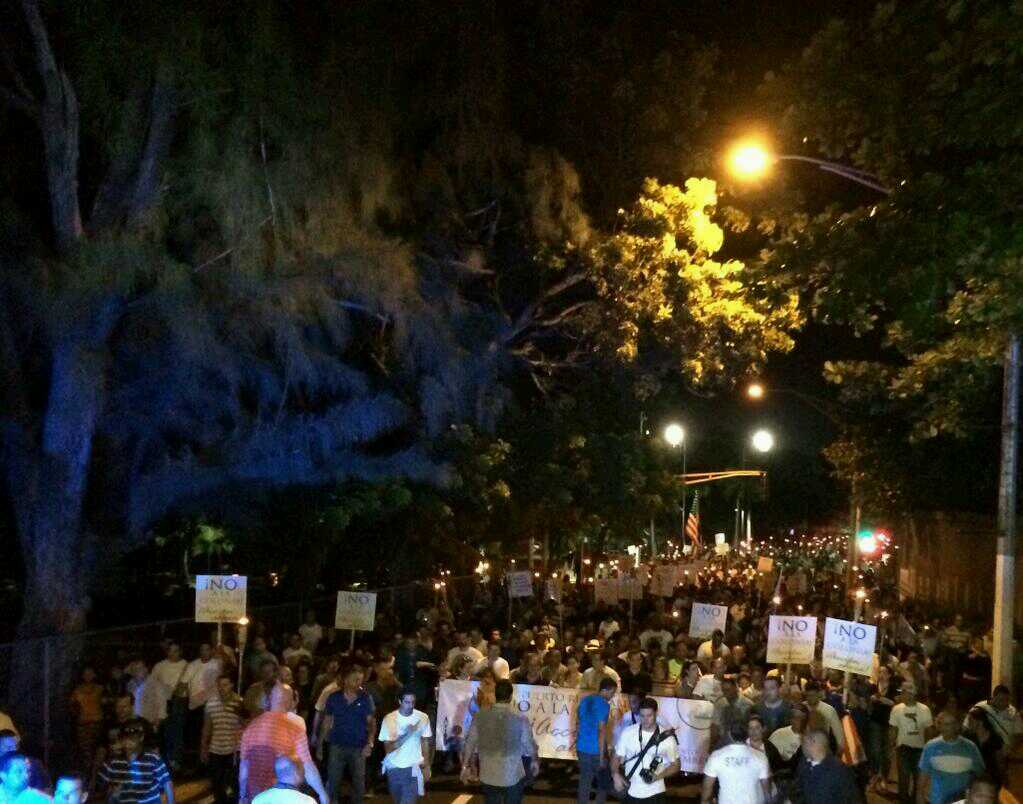 “With its inaction, Puerto Rico’s government has ignored the people, but we continue getting to where we need to send this message,” Rosselló told El Vocero during the march.

3 responses to “An Estimated 2,000 Puerto Ricans March in Defense of Island’s Plebiscite Results”