Aeroméxico Refuses Indigenous Passengers to Board Flight in Oaxaca

This came from a Facebook friend, who gave us a link from local media in Oaxaca, México. Apparently Aeroméxico employees on a flight from Oaxaca to Ciudad Hermosillo did not allow for several passengers to board the flight because they were dressed in indigenous clothing. 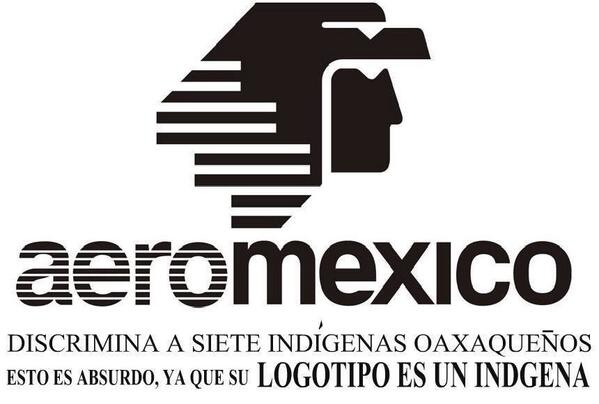 Yeah, that is what we said.

Here is a translation from the local story:

On November 6 Aeroméxico discriminated against a group of seven indigenous people from Sola de Vega and San Jacinto Tlacotepec, Oaxaca, and prevented them from boarding a plane after they had purchased their tickets for travel to the city of Hermosillo, Sonora.

According to Aeroméxico line supervisor Francisco Cáceres, the company prevented them from boarding the aircraft at the region’s international airport, located in the municipalities of Santa Cruz Xoxocotlán, due to their indigenous origin and dress.

However, another report said that only six passengers were denied boarding. In that article, the passengers denied passage were Severiano López, Marcelo Pérez, Gilberto Ruiz, José Rojas, Benedicto Eras and Florentino Bautista.

The initial report said that a local travel agency confirmed Cáceres’ comments and the reasons why the passengers were denied. Cáceres also reportedly said, “”Háganle como quieran,” loosely translated as “do what you like with them.” That article also said that the passengers will for the Human Rights Ombudsman of the People of Oaxaca ( DDHPO ) to lodge a complaint against the airline.

Meanwhile, another report from Mexico wrote that Cáceres said the flight was overbooked by 40 passengers. That article also posted pictures of some of the passengers who claimed they were denied boarding. 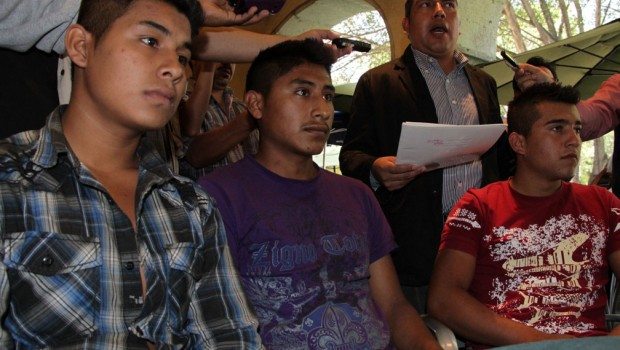 Earlier this year, Aeroméxico got slammed for a bizarre casting call for a commercial. Now this. Not winning at all.

@AeroMexico_com Shame on you . Prejudice in Oaxaca I will not f;y Aeromexico again

.@AeroMexico_com blocks six youth from boarding flight in #Oaxaca because they are indigenous: http://t.co/oa3OiTx8Gl (Spanish)