It is no surprise to us that when news of Sergio C. Garcia’s admission into the California state bar as the “first publicly known undocumented lawyer” (h/t Colorlines) hit the mainstream media, that the message would be skewed depending on the outlet. It only proves to us that the immigration partisanship will only get worse in 2014 before it gets better. 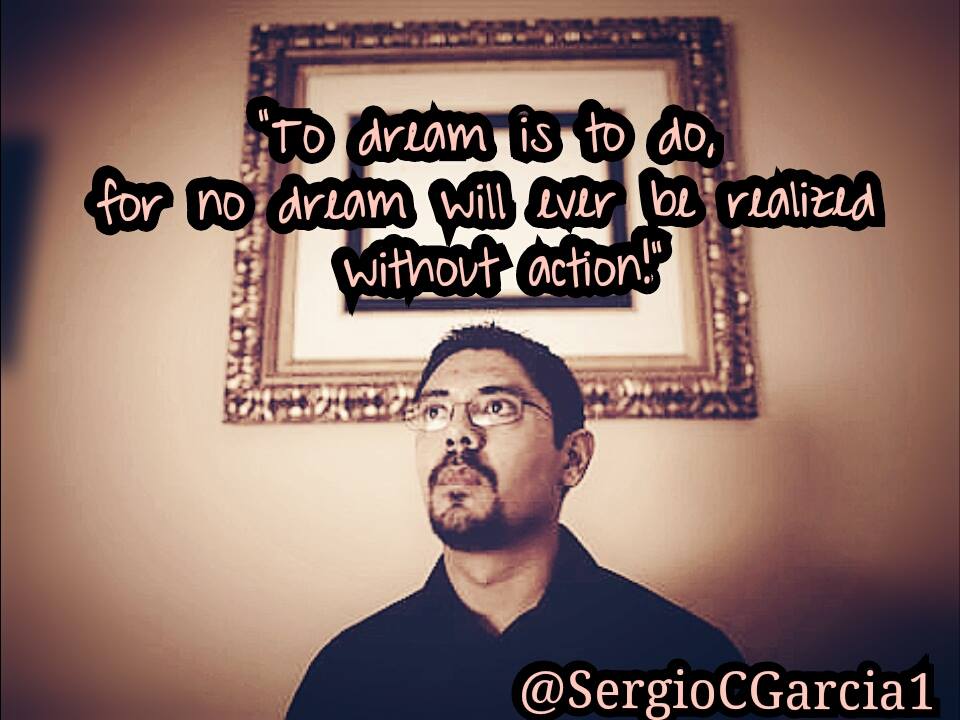 Just see the following headline examples from different outlets. First off, from the right:

The Twitchy story clearly thought it was a bad idea, and it had Twitter to use as its “proof:”

An illegal alien was granted a law license in California. Will attorneys be censured for not reporting health plans on 2014 tax returns?

Hence why my bio reads: “Former Californian”. Sad to see what has become of that state.

And hey, getting the neo-nativists riled up also leads to the most ignorant tweet of the day: 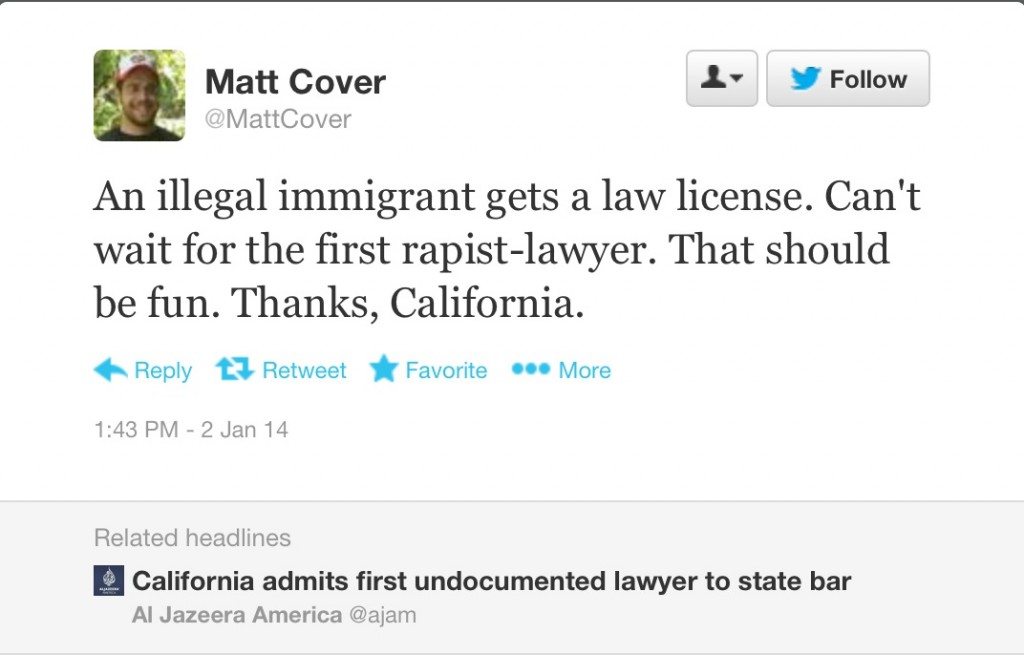 And then there is CNN, which seems to border (no pun intended) on generating sensationalism. Here is there headline: No green card? No problem — undocumented immigrant can practice law, court says. Then it’s “reporting” quoted noted columnist Ruben Navarrette, who played the role of immigrant hater and pot stirrer in a column he wrote about in September:

How is Garcia supposed to uphold ‘the laws of the United States’ when he is, by his mere presence in this country, in violation of federal law?” CNN contributor Ruben Navarrette asks in an opinion column he wrote on the case in September. “How does he pledge to show respect for ‘the courts of justice’ when, for most of his life, he has lived here in defiance of the rule of law? And how can he claim that he won’t ‘mislead’ a judge or judicial officer when living in the United States illegally requires deception on a daily basis?”

Guess CNN is hungry for clicks.

Meanwhile, other outlets treated the story as an ACTUAL newsworthy moment than typical fear-mongering and sensationalism:

Meanwhile, before people start thinking that “rapist lawyers” and deceivers will flood the courts, maybe people should know a bit more about Garcia:

He applied for citizenship on November 18, 1994, using his father, who is now a citizen, as a sponsor. His application was approved on January 15, 1995, and he was told he would receive a green card as soon as one was available. He has now been living in the United States for 20 years.

So, Sergio Garcia has been waiting 20 years for a green card. 20 years. His dad is a citizen already, too. But hey, what does that matter to those who choose to create the polarizing narrative? As is the case of many undocumented youth, Sergio’s story is compelling and it is an American one:

As for us, we say this to Sergio: ¡Enhorabuena!