National Hispanic Foundation for the Arts to WashPo: Focus on SNL’s Lack of Latino and Asian Cast Members

Late last year, the National Hispanic Foundation for the Arts and other Latino organizations took the lead in addressing the diversity issue at NBC’s “Saturday Night Live” with an open letter to Lorne Michaels, the show’s creator.

Here is the original letter: 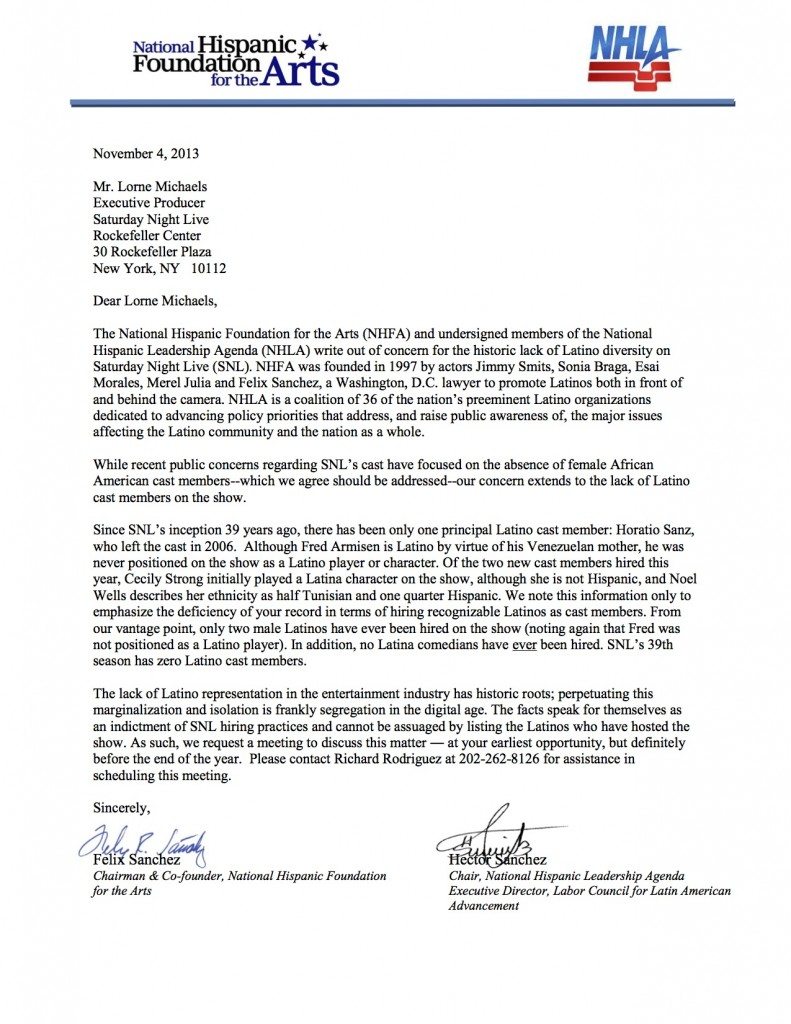 Today the Washington Post published a letter by NHFA chairman Felix Sanchez. Sanchez was responding to a recent review of the show that the Post ran in December.

Here is a portion of Sanchez’s letter:

Sadly, the media have not held Lorne Michaels, the “SNL” creator and executive producer, accountable for this persistent lack of inclusivity.

When political incorrectness, such as the recent comments by Phil Robertson of “Duck Dynasty,” occurs on the right, the media generate a scorched-earth response; when it occurs from the left, as in the case of “SNL” casting, the media applaud a humorous apologia that deflects accountability. Note to media reporters: Both Robertson’s and Michaels’s actions are offensive and inexcusable.

As you may know, NHFA successfully campaigned the Kennedy Center to recognize more Latino recipients. While a few thought it was folly, such efforts led to two Latinos being honored this year: Martina Arroyo and Carlos Santana.

The “SNL” issue is definitely one that the mainstream media should continue to raise. It has no problem discussing the show’s lack of black women in the cast. Michaels actually listened and acted on that.

Why not Latinos and Asians?

Latino Rebels fully endorses what the NHFA and other organizations are asking for. We know for a fact that there are several talented stand-ups, improvisers and comedy writers who just happen to be Latino and Asian. There is a reason why the “SNL” continues to fail when it tries to get all “Latino” on us. And don’t get us started about Chico Escuela, the one character that basically set the perception that Latinos are all foreign and goofy. 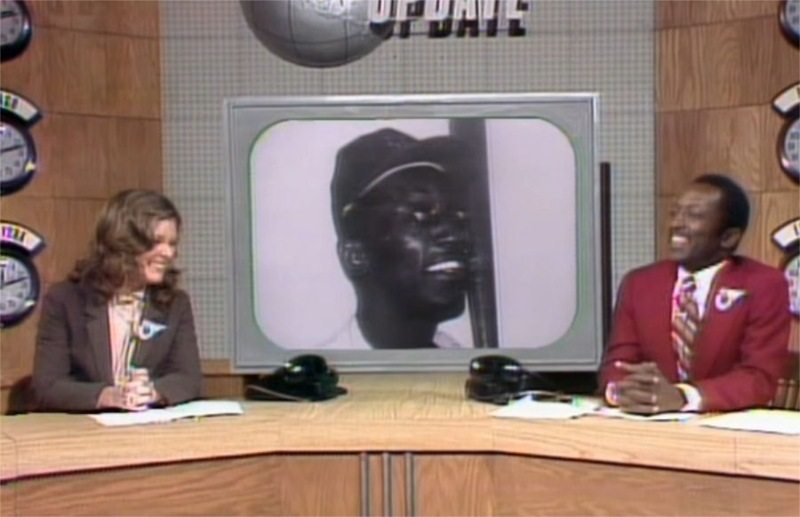 Here’s hoping it finally gets a clue.

2 responses to “National Hispanic Foundation for the Arts to WashPo: Focus on SNL’s Lack of Latino and Asian Cast Members”