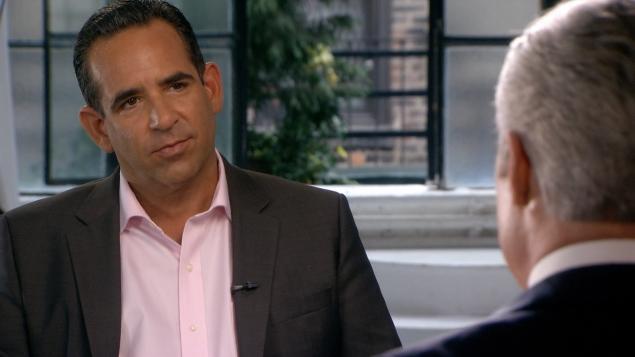 Here is the full segment:

Granted, ARod is no saint and yes, several of the Rebeldes are Yankee fans, so we have our issues with Rodriguez. Nonetheless, is it just us or were you bothered by the following:

By the way, this whole thing pissed off the players union (MLBPA), as the following statement shows:

It is unfortunate that Major League Baseball apparently lacks faith in the integrity and finality of the arbitrator’s decision and our Joint Drug Agreement, such that it could not resist the temptation to publicly pile-on against Alex Rodriguez It is equally troubling that the MLB-appointed Panel Arbitrator will himself be appearing in the “60 Minutes” segment, and that Tony Bosch, MLB’s principal witness, is appearing on the program with MLB’s blessing.

MLB’s post-decision rush to the media is inconsistent with our collectively-bargained arbitration process, in general, as well as the confidentiality and credibility of the Joint Drug Agreement, in particular. After learning of tonight’s “60 Minutes” segment, Players have expressed anger over, among other things, MLB’s inability to let the result of yesterday’s decision speak for itself. As a result, the Players Association is considering all legal options available to remedy any breaches committed by MLB.

MLB responded to MLBPA, by the way:

We have notified the Major League Baseball Players Association on numerous occasions that we intended to respond to all of the attacks on the integrity of our Joint Drug Program. Those attacks continued yet again yesterday with Mr. Rodriguez’s statement. Out of respect to the grievance process and at the request of the MLBPA, we waited until a decision was rendered to make our response.

It is ironic that the MLBPA is complaining about MLB’s participation in this program given that Mr. Rodriguez’s lawyer is also participating in the show.

As to Mr. Bosch’s appearance, he is not controlled by us and is entitled to speak however he chooses about his interactions with Mr. Rodriguez.

At this stage, everyone gets a #NoMames, because in the end, baseball fans have become so cynical, most of us really don’t care about the reputation of a very rich ballplayer whose worried about his reputation. Take a number, ARod.