Alonso to CNN: Donnelly Formed Minutemen to Protect Us From “Arabs” Not “Mexicans”

The continuing saga of María Conchita Alonso and her support of former California Minuteman and GOP gubernatorial candidate Tim Donnelly continued over the weekend, when the actress/singer defended Donnelly’s reasons to become a Minuteman and protect Americans at the border. In an article published tonight by CNN’s María Santana, Alonso said the following during a recent appearance with Donnelly on CNN’s “Directo USA:” 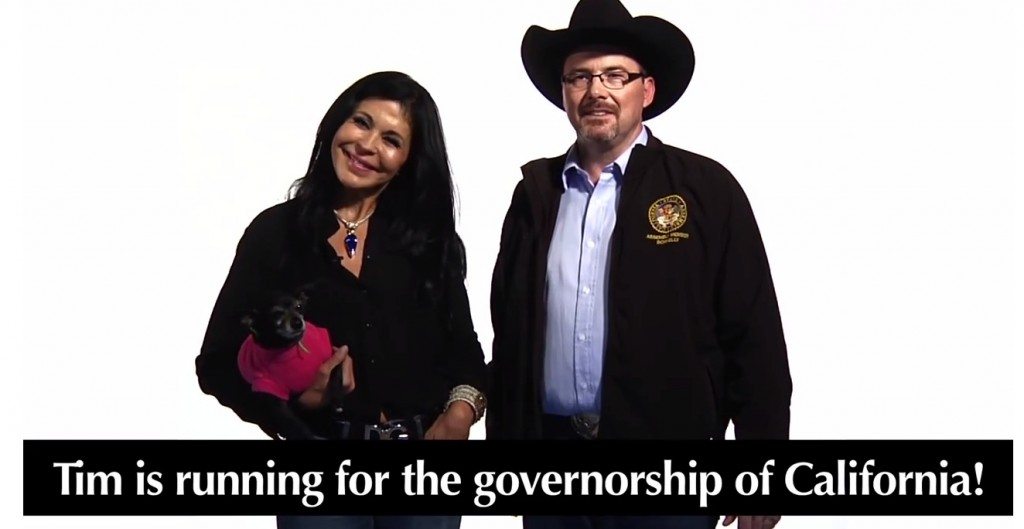 As to Donnelly’s stance on immigration, Alonso offers a few explanations.

“After 9/11, he told me that he organized a group of civilians to go protect the border from the invasion, not of Mexicans,” Alonso said. “A lot of Arabs and drugs enter through the Mexican border, so what he did was protect us from the people who wanted to come attack us.”

Alonso also said Donnelly “today supports the idea of helping immigrant children who came to the U.S. at the age of 3 or 5 with their college education.”

Santana’s piece then says the following:

However, Donnelly said in the “Directo USA” interview that the Dream Act “is an open-ended entitlement that will invite and incentive more people to come here illegally. … I’m not upset at people for coming here. I’m mad at my government for inviting people to come the most dangerous way possible and putting their lives at risk.”

The controversy from last week’s YouTube video featuring Alonso and Donnelly caused the actress to leave a production with a San Francisco theater (she says she resigned, while the theater said having her stay in the cast would have been a mistake).

To be clear, here is a little more about Tim Donnelly and his Minuteman days. First off, a 2010 LA Weekly article which shared a piece Donnelly wrote in 2005, when he was a Minuteman:

The closest Donnelly gets to a statement of purpose is an editorial titled “Tell Me No Lies,” dated Aug. 6, 2005:

“We are told the illegal alien is now a resident of our communities, entitled to all the protections of the law, but none of its penalties. We are told that ‘diversity’ is a goal, and although it is unclear when we will reach this utopian dream, it involves more Hispanics and fewer of everyone else.

“We are told that anyone who does not go along with the above program (or pogromme) is a ‘racist,’ ‘xenophobe’ or a ‘vigilante.’…

“We are told that raping young girls, marrying extremely young girls, ogling women in an aggressive manner and using a child as a human shield are all cultural differences that we must learn to accept.

“Really. As an American, I am not accustomed to being ‘told’ anything. In fact, it is ‘we’ who generally do the telling. ‘We the people’ are finished listening. …

“We are a kind and generous people. Do not abuse our generosity or mistake kindness for softness. We are also the best armed nation on earth, and do not suffer abuse lightly.”

The magazine also posted this, which Donnelly shared on a conservative website:

The facts are incontrovertible that allowing an illegal invasion of the United States will destroy the American Southwest, and very probably wipe out the freedoms we American Christians enjoy, as Muslim Extremists blend in with the so-called ‘innocent’ illegal aliens, and eventually proselytize them. It is not a stretch to picture a revolt in Los Angeles, whose population is comprised of over 50 percent illegal aliens. At the rate of influx and births, it will be 80 percent illegal alien within a decade. … None of this bodes well for the citizens who live in Southern California now, nor will it improve the life of the poor alien, but it is well on its way to wiping out everything that was once good in Southern California.

Then there is this from Colbert in 2007. “Great day to be a vigilante.”

Anyone else notice the irony of a US Open cap?

And yeah, Donnelly wasn’t worried about “Mexicans,” as Alonso claims.

One response to “Alonso to CNN: Donnelly Formed Minutemen to Protect Us From “Arabs” Not “Mexicans””