The Emperor Has No Clothes: A Response to Governor’s “Opinion” Piece on Puerto Rico

Editor’s Note: As we prepared this opinion piece by Susanne Ramirez de Arellano, it came to our attention that the headline for the Fox News Latino piece cited in her piece has changed to read, “Puerto Rico’s Governor Says Despite Criticism, Island’s Economy Is On The Mend.” Here is what the current FNL page says: 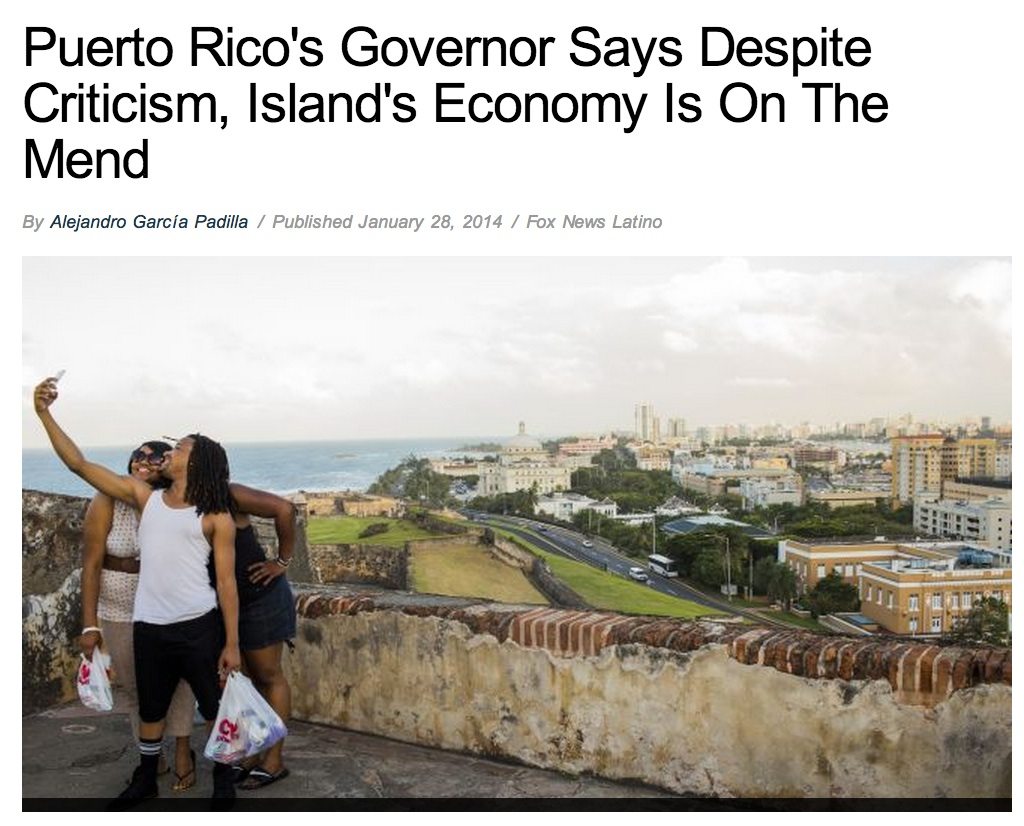 We did tweet to FNL about whether the headline changed:

Dear @FOXNewsLatino, can you let us know if the headline to @agarciapadilla‘s piece changed from this afternoon? http://t.co/EepMWHbLCp

Here is Susanne’s original piece. If we hear from FNL about the headline change, we will provide an update. (UPDATE: FNL tweeted back to us on January 29, 2014:)

@latinorebels Yes we changed the headline to reflect it’s an op-ed after we put it on the home page. We just didn't want to confuse readers.

What? This was my reaction when I read Puerto Rico’s Governor Alejandro Garcia Padilla’s “opinion” piece published today by Fox News Latino about the state of the island’s economy and overall well-being. 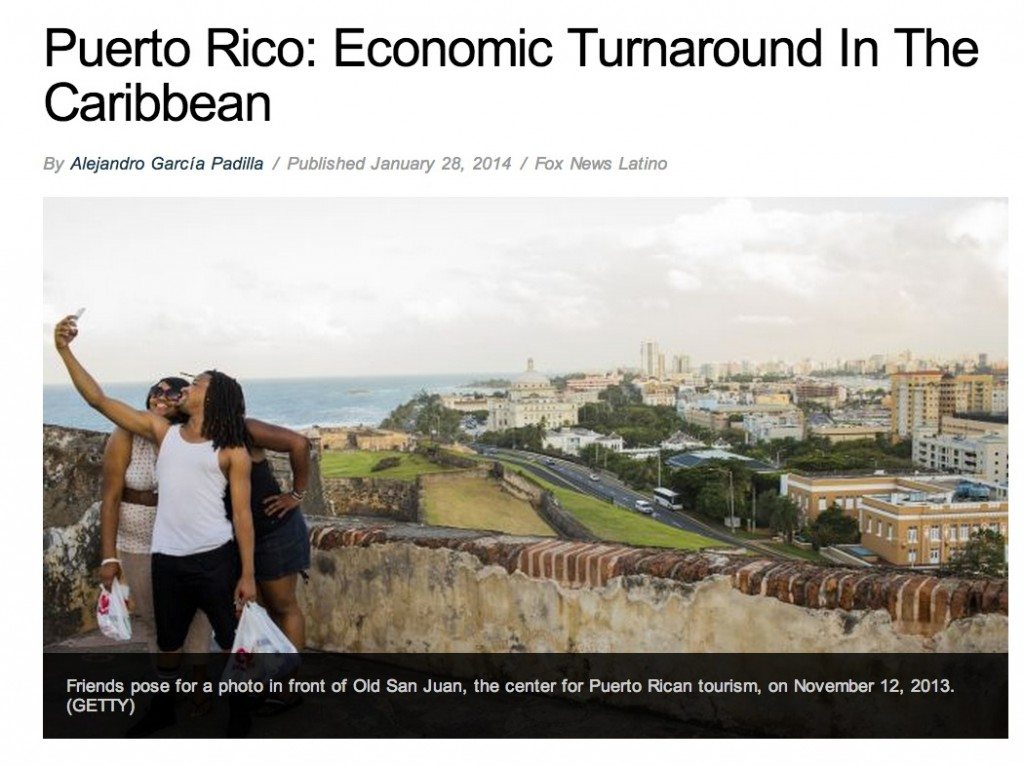 Under the headline “Puerto Rico: Economic Turnaround in the Caribbean,” Garcia Padilla wrote: “If you want to see what a recovering economy looks like, you need only to look at Puerto Rico. Our island has enjoyed an economic turnaround and is emerging from recent challenges stronger and more successful than ever before.”

In the piece – which follows another published recently in the Huffington Post titled “Puerto Rico’s Economy is Stronger today than it was a Year Ago,” Garcia Padilla assures that job creation, a controversial pension reform, fiscal measures and a restructuring of public corporations have turned the economy around. All of these attempts have come at a serious political cost.

Garcia Padilla writes that “what makes these successes so notable are the challenges we had to overcome, years of kicking the can down the road and postponing tough choices meant historic economic problems for Puerto Rico.”

Reality check. The island’s economy, the government’s coffers and the sanity of its people are in pretty bad shape. The official unemployment rate just hit 15.4 %. It was at 13.5% six months ago. The Planning Board is now predicting that the economy will contract a further 0.8% in fiscal 2014. Payroll employment fell last month by 25,000 jobs. The island is also waging a war against drug trafficking and an ever increasing crime wave.

The worst is not over. All three credit rating agencies are on the verge of pulling the plug and junking the island’s bonds. This could severely affect the 3.7 trillion US municipal bond market. And the stampede toward the airport has resulted in a diaspora that has seen a population decline of 2%. That’s in Puerto Rico.

The timing of the article is telling indeed. Garcia Padilla’s A-Team is in New York talking to credit raters, just before a scheduled February debt offering. Moody’s has already warned that it will downgrade the island’s bonds if it is not kosher with the offering.

Garcia Padilla’s government has its back to the wall, under extreme pressure to convince investors and credit rating agencies that it still has the ability to borrow money from the capital markets. And here is where Wall Street steps in. Dressing up as a savior, it has said it is willing to lend Puerto Rico money. But salvation comes with a cost. Its name is interest, or specifically a 10 per cent rate of return on a 2 billion dollar loan. It’s like robbing Peter to pay Paul.

Garcia Padilla’s “opinion” piece is a sorry attempt to hide the fact that the “Emperor has No Clothes.” The article is written more as a propaganda piece for outside consumption and not for the readers of “el patio.” I doubt if Wall Street will be convinced.

One response to “The Emperor Has No Clothes: A Response to Governor’s “Opinion” Piece on Puerto Rico”