Just weeks after making global headlines for becoming the first publicly-known undocumented lawyer in California history to be admitted to the state bar, Sergio García is now facing another different sort of challenge from bloggers as well as nationally syndicated columnist Ruben Navarrette, Jr.—that he is just a “DREAMer Diva” for promoting an “exorbitant $25,000 performance fee” on his website and, according to Navarrette, has shown “little gratitude” to others for their help and support of his historic accomplishment. 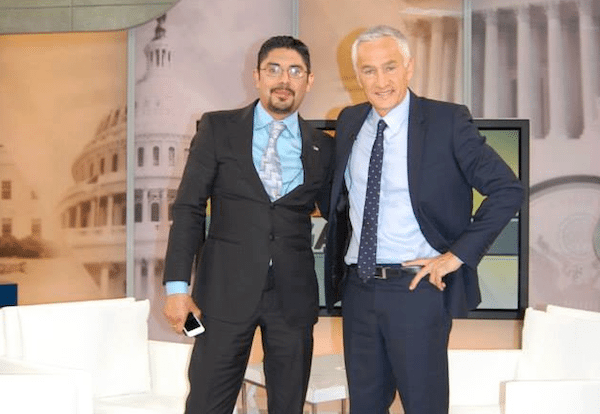 Visiting García’s “Personal appearance standard agreement” on his own site confirmed the $25,000 fee, with additional demands for first class airfare, a chauffeur, security and “complementary food and beverage,” among other things. The agreement’s last point indicates that the fees are negotiable for “schools and non-profits.”

Yesterday, Latino Rebels reached out to García to find out why he decided that he deserved these fees and perks. Here is a summary of what he told @marentesluis via phone:

García believes that Navarrette lacks journalistic integrity, as he claimed that the columnist never bothered to contact him before writing the piece. The young lawyer also suspects some resentment from last year when he “respectfully declined an interview” with Navarrette. According to García, the “Agreement” has been on his site for many years, and Navarrette (and others) have just pointed it out right now.

As for why he posted the “Agreement” years back, García admitted that is was an “immature mistake,” but explained that when his case first came to court four years ago, he was receiving too many speaking invitations. He felt he couldn’t reject them, but these engagements took too much time away from him and he needed remuneration for legal and other expenses. Once he posted the “Agreement” on his site, the speaking requests began to diminish, but he has continued to publicly speak for free or for fees usually ranging between $500-$1,000. García said that last week he gave a motivational speech at Pleasant Valley High School in Chico, California for free and he is scheduled to speak at Stanford soon for a small fee.

Additionally, García also said that whenever he gives a paid public talk, he donates half of his proceeds to the Sergio C. García Foundation, which has a mission of “supporting our youth independently of their background as long as they have the will, drive and need to succeed.” He said that he expects to have raised $100,000 by February 1.

García also challenged those who criticize his “Agreement” to share any documented proof of a specific time when he has received $25,000 or flown first-class.

Furthermore, García also noted that he is not a DREAMer. He insisted that he has worked in support of DREAMers and their movement, but because he is 36 years old, he does not qualify for DREAMer relief. His case is different: the son of a US citizen who has been “waiting in line” for close to 20 years to have his residency papers approved.

He finally had much to say about Navarrette’s criticism of his lack of thankfulness. García first explained that the Jorge Ramos interview that Navarrette refers to in his column took several hours, but that the final television spot was edited. García did not criticize Ramos for the final product, but instead questioned Navarrette’s journalistic integrity for not investigating what else took place during the production of the segment. García pointed out the US flag that he wore for the interview as a symbol of his appreciation that Navarrette ignored. He also insisted that his critics never bothered to fully explore his web site, where he has many expressions of gratitude to all his supporters, like in the following video:

If you want to win a fight, here’s what you do, take the high road. Nothing is more upsetting for people than their inability to bring you down to their level.
Si quieres ganar una pelea, no te rebajes al nivel de los que te atacan. Nada les molesta mas que su inabilidad [sic] de bajarte a su nivel.

Another video produced in Spanish this week by García supporter Javier Luján goes over other concerns Luján had with Navarrette’s column: