With the new César Chávez movie coming out this week, we kind of knew that the last name of actor Michael Peña (who plays the lead) would get botched several times. No ñ. While some English-language outlets have learned to #RespectTheÑ, a few of them (see NBC News below, and Variety, for example) seem to be averse to adding the ñ. 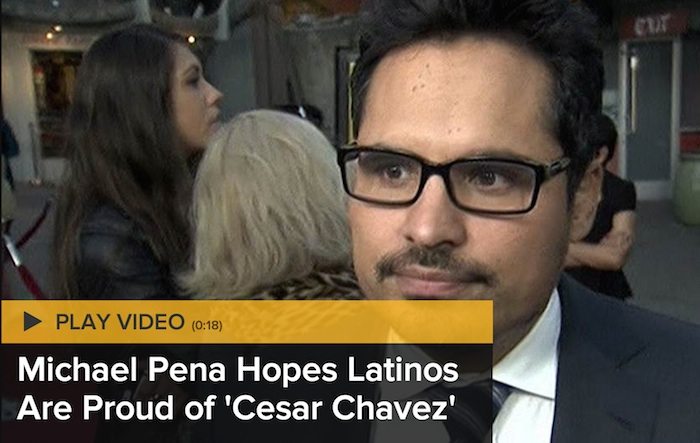 Even Peña seems to agree as this 2011 video from mun2 explains.

Although in fairness, Peña’s own Twitter profile has him listed at Michael Pena. Add that mustache, Michael. #RespectTheÑ.

How did this all begin? Blame the Associated Press, who continues to be stuck in the past:

We do not use accent marks in AP copy, such as in El Nino, because many computers do not recognize them. @hickeyh #APStyleChat

Looks like readers are keen to the AP’s weak explanation:

@APStylebook Let's just hope you never have to write the Spanish word for year: año. Without the tilde, it's something else entirely.

@APStylebook @hickeyh What? Maybe computers from 30 years ago. Today's machines should have no problem with characters.