This Causa’s For You: Budweiser Front and Center in “César Chávez” Movie Push

2012, for example, the UFW had to respond to this image, which caused some concern: 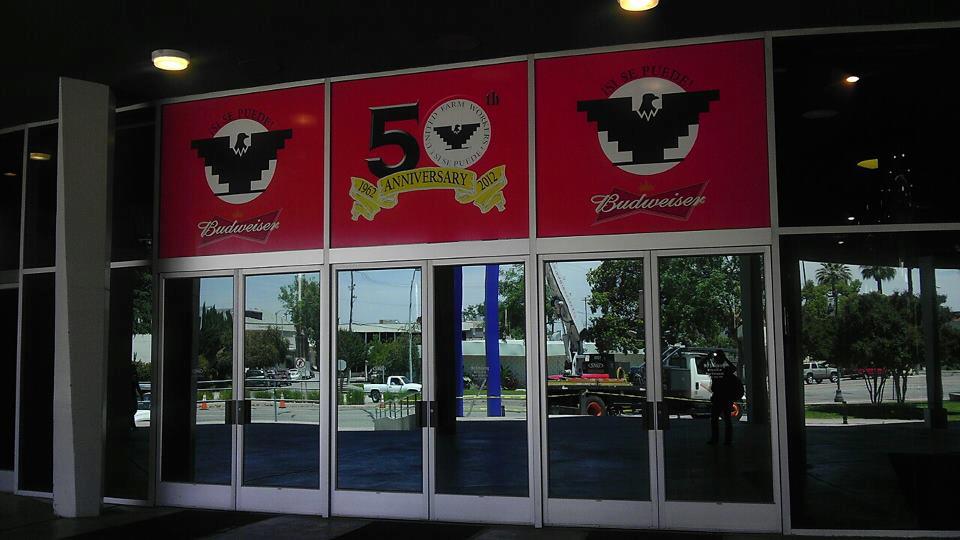 In the 2012 story, the UFW said the following as part of its statement:

The local Bakersfield, California Budweiser distributorship was among many sponsors of the recent UFW convention celebrating our 50th anniversary. These sponsorships helped pay the costs of meals three times a day over four days for the hundreds of farm worker delegates, their families and thousands of guests who joined us for the convention. These sponsorships meant the UFW was able to spend the union’s other scarce resources—specifically our members’ hard-earned dues money—on organizing workers, helping them win union contracts, sponsoring key legislative reforms and getting more money into farm workers’ pockets.

While UFW delegates debated and discussed many issues during their convention and in subsequent meetings, no UFW delegate complained about this sponsorship. Some UFW supporters did express concerns about the sponsorship, although not always for the same reason. Many farm workers who are protected by UFW contracts labor in wine grape production and we represent workers at both small and large wineries. They, and we, are very proud of their work.

So are we surprised that Bud is all in for La Causa for a Hollywood film? No. But you have to admit, the following images from Bud’s Twitter profile are clearly some bad optics. (We wonder if a movie about say, MLK, would have a huge honking Bud logo visible.) 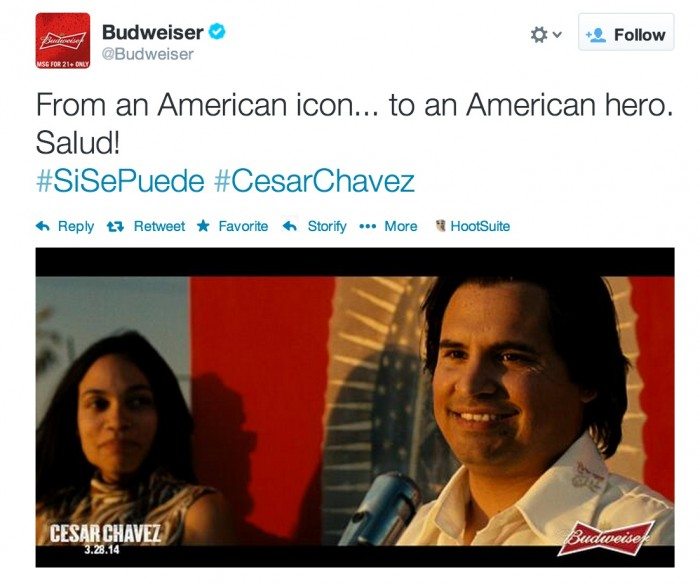 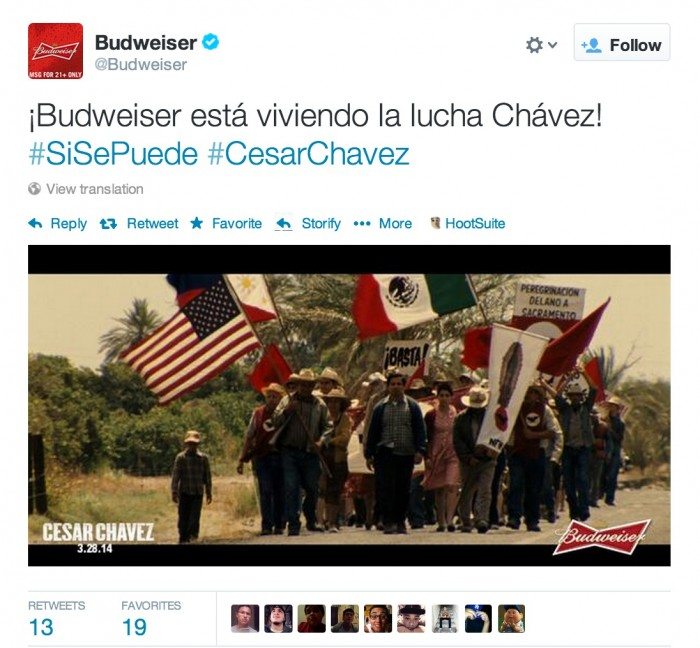 Then there is this video, which is also making the rounds:

But we kind of already knew it from years ago, and as one fan who grew up with the UFW said: “Trust me on this one. At every wedding, anniversary, holiday, christening, confirmation, etc. at La Paz there were cases upon cases of Budweiser. So it has been the “official beer” of La Causa for as
long as I can remember. Lol. Us kids on the other hand got shafted with generic powdered punch in a 5 gallon yellow cooler.”

Sponsorship is one thing. Awkward pictures are another. Nothing surprises us any more.

2 responses to “This Causa’s For You: Budweiser Front and Center in “César Chávez” Movie Push”