This is a summary of my talk with a friend from Central America. 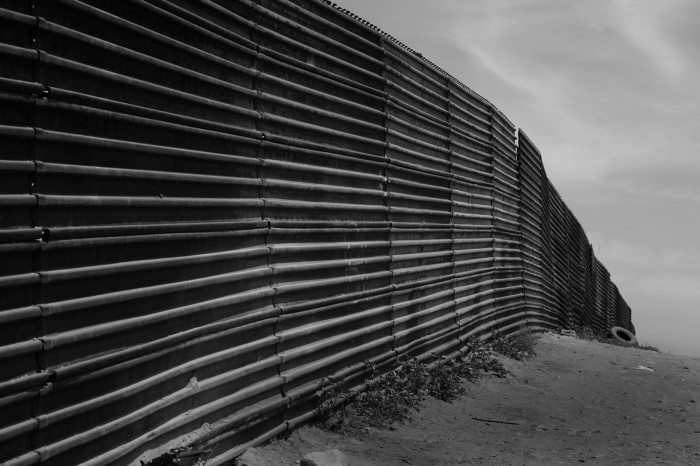 Immigration debate on Facebook led to a phone call:
Recently I had a three-hour conversation with a life-long friend from Central America. She shared first-hand accounts of what her family is currently experiencing in her home country. Her words leave me no choice but to believe that these parents are trying to save their babies’ lives. She asked me one simple question, a question that I ask all of you now. If you comment on only one item from this post, please answer this question.

The question she asked:
Angel, how could a parent, send their baby on a perilous journey, across countries, if there wasn’t a clear and present danger? Do you realize that when they send their child away like this, they know that they may never see them alive again? Think about that, Angel.

As I watched my own son, drawing peacefully on his laptop, I wondered what kind of situation it would take for me to send him on a journey like that by himself. How difficult would that be? I’m terrified when he rides the train from Queens to Brooklyn. There really is no scenario where I would do that, unless things were so terrible that I could not protect him. The way she described it, things are currently that bad in the region. Why else would parents send away thousands of unaccompanied minors? My friend has plenty of family over there. She shared story upon story with me about what their experiences.

Extortion:
My friend told me about an uncle who owns a business over there. He is abused in two ways as a small-business owner. One, he was once instructed by the police to receive a package, and hand it to certain individuals, at a specific date. At first, he resisted, he said he would not participate in any illegal business practices. But after several broken windows, and being asked if he loves his family? He had no choice but to comply, and handle the package.

Second, he now receives regular visits from the local gang members, not only to retrieve the packages, but they pick up “protection” money as well. Once again, he has no choice but to comply. I mean, who can he turn to? The police? We have already established where those people stand. Sadly, these gang members who are now extorting him? They were children whom he knew as babies from the neighborhood.

Sexual assault and rape:
My friend told me about a cousin of hers, who caught the interests of a gang leader. He wanted her, and when she refused him, and her family refused him; she was raped by several gang members. The family is in hiding now. They have no one to turn to, and their lives are in danger. Can you imagine that? Not only was this girl raped, but then THEY (the victims) have to go into hiding?

Fight back:
I asked my friend why the people don’t fight back? Surely, the people must outnumber the gangs. I’m pretty certain that they too can get guns? She agreed. However, she stated that when the people fight against the gangs, that the government steps in to protect the criminals under the shroud of civil rights and the law. The people fighting the gangs are then labeled vigilantes and arrested. The gangs come back even stronger, emboldened, and kill entire families for revenge.

Dancing with the devil:
Another story that was shared, was about an uncle who worked for one of the gang leaders. This uncle played with fire, and sure enough—he was burned. According to my friend, he provided certain services to them. One day, due to a breakdown in communications, things did not go their way. The next day, her uncle was shot in the head. Somehow he survived, but he is no longer himself, or capable of functioning without assistance. He doesn’t even know his own name. Her thoughts on this matter were quite simple. She said that for a long time, he lived the good life, a very good life. However, the price tag for dancing with the devil was quite high. It cost him everything that he was. He is also in hiding to avoid murder.

The struggle for survival:
My friend explained to me that many people in the region struggle. She said that if you are 25 years old, then no one would ever hire you. At that point, you are considered too old. She said that there is simply no work over there. She told me about a cousin who was deported from the United States. He stated that in the U.S., you could always find something to do to earn money. Over there though, that is nonexistent. There just isn’t any work, so people do what they have to do to survive.

The U.S. shelters:
One of her family members works in a temporary shelter for the immigrant minors in Texas. She says that the family member comes home weeping every night. That some of these kids are asking her when they can start to work. Keep in mind that these are children who are younger than my son. Remember what I said before? 25 is considered old. She also mentioned that the only ailment her relative had encountered was lice. Regular lice, and she asked me how many of us here haven’t had lice in our lives? She said she hasn’t seen any scabies, or anything like that. In terms of the kids wanting anything, well, she said that she had given them candy once. So when they see her now, they may ask her for a piece of candy. Apparently, these little kids have never had candy in their lives.

What happens now?
All this information my friend shared really touched me. I am much clearer on “why” they are coming than I was before the conversation with my friend.

How do you feel about this topic?