While the English-language U.S. press has focused on Central American migrants journeying north, little is being written about the migrant crisis happening in Costa Rica. Contrary to reports that Nicaragua is not experiencing much migration to the United States when compared to countries such as El Salvador, Guatemala and Honduras, one fact is being largely ignored: Costa Rica has long had an ugly history with Nicaraguan migrants, and starting September 1, the Costa Rican government is planning to fine Nicaraguans $100 for overstaying their visas.

Such news is causing confusion in both countries and raising tensions about a system that has been ignored by the vast majority of Americans. In addition, there are reports that Nicaraguan military officials allegedly charged migrants money for obtaining legal status in Costa Rica. 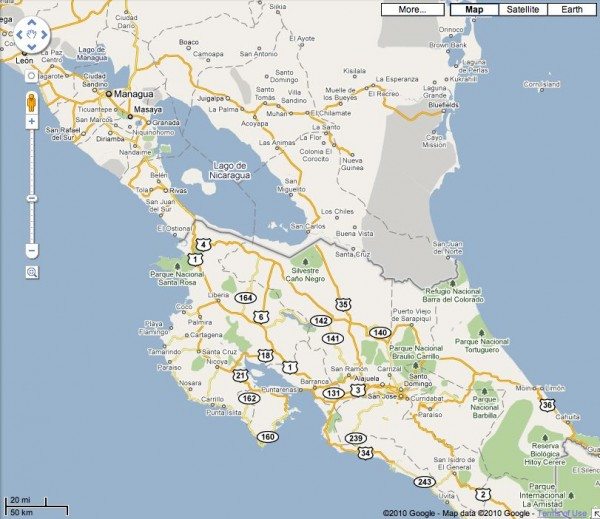 According to agencies who track data about the two countries, around 350,000 Nicaraguans live in Costa Rica, making up for approximately 8 percent of Costa Rica’s total population. Other estimates report that about 400,000 Nicaraguans migrate to Costa Rica each year. Of those estimated 400,000, about 278,000 have legal residency or permission to work in Costa Rica.

Costa Rica is like the United States to Nicaraguans. Our very own “American dream” right there, right next door. We speak the same language, migrants are able to send home handsome remittances as they make four times what they would in Nicaragua, they have access to quality health and education for their children, and the border is more loosely guarded, with dozens of clandestine crossings. Periodic amnesties for illegal migrants are not uncommon in Costa Rica.

Furthermore, it is a floating population that comes and goes because distances are so short. A man can migrate to Costa Rica looking for a temporary job harvesting coffee or oranges, he may leave his family behind and come back, or he could have his family brought over. The same goes for women who are employed as domestic help and who come from the poorest rural areas.

Naturally, massive migration to Costa Rica causes tensions between the two countries. There are chauvinist outbursts in Costa Rica, illegal migrants’ raids and deportations, but then everything goes back to normal. And suddenly, there are reasons for us to stand together amidst dissentions. A boy, who migrated with his parents, made it into the Costa Rican soccer team that went to the World Cup, scored one of the decisive goals, and was celebrated as a national hero on both sides of the border.

In order for us to understand why so few Nicaraguan children reach the U.S. border, we must look to Costa Rica. Their parents are not in Chicago, Newark or Los Angeles and have no reason to pay smugglers to bring their children to them. They are in Costa Rica or Nicaragua, waiting for the opportunity to cross the border, with or without their children.

Others have written that the child migrant crisis is indeed affecting Nicaragua as well, and that it is a pattern pointing southward instead of northward. In addition, a 2006 essay provided even more context and history:

How many are there? The mass media and certain politicians like to throw around the easy, round figure of a million Nicaraguan migrants in Costa Rica. The most commonly used figure is 800,000. These figures were heard less often for a while, after the census results were released, but unfortunately the new migration law has reactivated xenophobic attitudes among politicians and the media, who use the higher figures to justify harsher immigration regulations. Members of the academic community and other analysts who research immigration estimate that there are around 400-450,000 between January and May, the time of year when the greatest number of Nicaraguans come to Costa Rica.

Nonetheless, a story published today by Reuters confirmed what most people in Costa Rica and Nicaragua have known for years:

Nicaragua is the second-poorest country in the Western Hemisphere, after Haiti, with more than two-thirds of its people living on $4 a day or less, according to the World Bank.

To be sure, poverty pushes many Nicaraguans to migrate to find better jobs, but the majority head south to wealthier Costa Rica to work in construction or picking coffee and fruit instead of heading north to the United States.

It is quicker, cheaper and safer to cross the border into Costa Rica and there are fewer well-established centers of Nicaraguans living in the United States, so it is tougher for new migrants to make a life there.

Such a “South-South” narrative rarely gets discussed in the U.S. media. We can only wonder why not.