President Obama recently proclaimed part of the San Gabriel Mountains in Southern California as a national monument. Like the Organ Mountains-Desert Peaks and the Río Grande Del Norte National Monuments, proclaimed by President Obama in the last 18 months, the San Gabriels designation was the result of years of advocacy from local residents. These monuments, all in the Southwest, form an important part of Latino history in local communities. 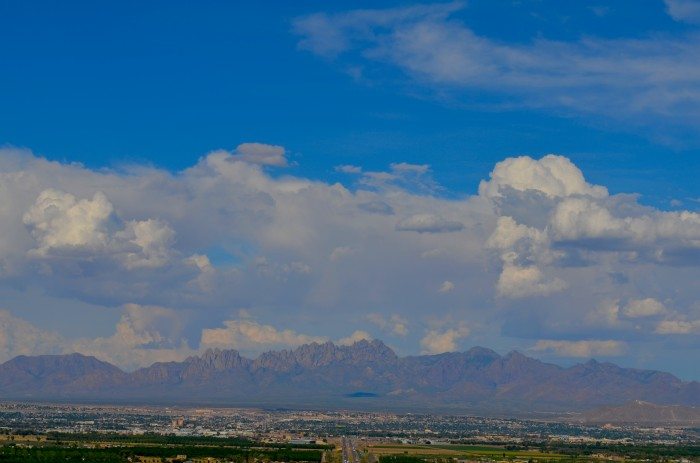 “Protection of the Rio Grande del Norte National Monument in Taos County, New Mexico is essential for current and future generations who have made northern New Mexico their home,” said John Olivas, a community organizer with the New Mexico Wilderness Alliance and former chairman of the Mora County Commission, a long-time advocate of land protection in the Southwest. “For so many generations, families have used this land and water to sustain their lives; now it will forever be protected.”

The San Gabriel Mountains designation enjoyed overwhelmingly strong support from Latinos in Los Angeles County and has been met with praise from across the Latino environmental community:

José González, Founder and Director of Latino Outdoors, said: “The designation of the San Gabriel Mountains is important for many reasons, from acknowledging the natural resources that needed better protection, to supporting community efforts from the ground up. It is a natural open space but it is also a place for community. The designation is not simply an event; it is one part of a story. There were many characters and storytellers—and one thing to definitely celebrate in this story is the Latino leadership, of all backgrounds, that made this happen. Sí se pudo, and we need to keep actualizing it.”

“The San Gabriel Mountains National Monument is important to Latinos not only because it protects land and water, but also because it respects continued access for activities that have sustained our communities for generations. It’s comforting to know that the natural “gardens” where our curanderos gather herbs and the fish and wildlife that our anglers and hunters have harvested will be sustained for generations to come,”  said Rod Torrez, Executive Director of HECHO (Hispanics Enjoying Camping, Hunting and the Outdoors).

The San Gabriel Mountains National Monument is a welcome protection to a popular landmark and also a great celebration of Latino conservation advocacy. However, as we continue to celebrate our newest protected areas, it is important we not lose sight of the larger context in which they exist. Increasingly, public lands are under threat from proposed industrial energy development either inside or near their boundaries. Pinnacles National Park, created by Congress in 2012 and signed by President Obama in 2013, is one such example. The national park, celebrated at its inception as a “cherished site” by President Obama, lies adjacent to proposed exploratory fracking wells in California’s Central Valley, that could —if developed to full commercial scale— threaten the Park with possible groundwater and surface spill contamination, as well as possible disruptions to the recovery of the California Condor.

As we continue to take much needed action to protect the natural gems where we recreate, the best celebration for these public lands and our communal efforts to protect them will be vigilance. We as a community must encourage decision makers to manage our public lands in a thoughtful manner, prioritizing our way of life and our health in their decisions. Balanced use is possible.