On December 13, we received the following email from a student a Cal State Long Beach:

The university promotes itself as a “liberal” institution that promotes diversity speaks or teaches about “white privilege” but deeply embedded in its institutional culture and in other pockets of the campus culture is a white supremacist, individualistic and hateful ideology. Our students, however, are not the silent generation and resist in novel ways. This is an incident that took place on Friday at “diverse” liberal CSULB. Please share.

Today we noticed that our poster hanging in the LA5 building was vandalized. The poster states “There will never be enough graves to silence us all.” Whoever it was, strategically removed the word “Never” from the poster by hand so that the poster would read “There will be enough graves to silence us all.” The poster was one of many posters used in the rally for the 43 missing students CHLSSA [The Chicana/o Latina/o Studies Student Association] and La Raza held at California State University of Long Beach a few weeks ago.

We will not tolerate the continuing violence against students, nor threats like the one that has been made today. We stand here at CSULB united with the 43 students of Ayotzinapa and ALL students around the world striving to make this world a better place. We posted more banners on both walls now. WE WILL NOT BE SILENCED!

We also received these three pictures: 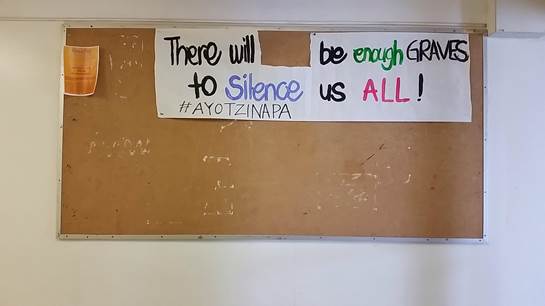 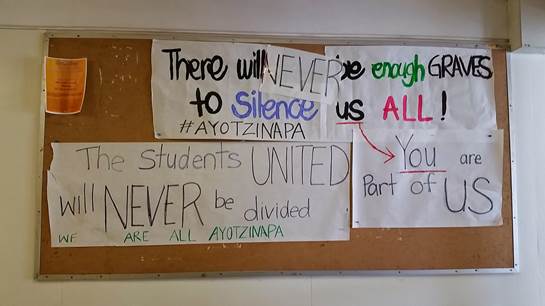 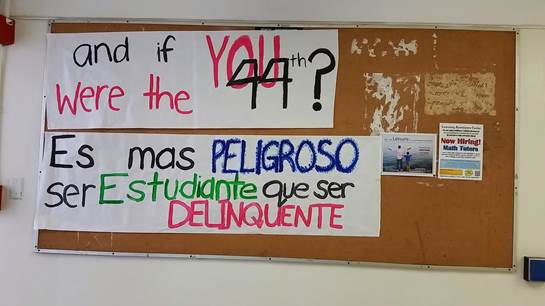 When we followed up with the student who wrote the email us about what has happened since, this is what she wrote us this weekend: “Well days after we reposted the posters and placed more posters,  they were ripped down again. We found them in a trash nearby and rescued them. We have not placed them back,  and we are still discussing on how to approach the situation now.”