BOYHOOD vs. Racism vs. Insensitivity

Spoiler Alert: I haven’t seen Boyhood. I hear it’s a good movie, but a three-hour drama (or any genre for that matter at that running time) is a little hard for me to swallow.

Second Spoiler Alert: I don’t know Grisel Y. Acosta nor do I visit her personal blog.

Third (and final) Spoiler Alert: I think the word “Racist” gets thrown around a little too loosely and freely.

Please allow me to paraphrase Acosta’s original article (republished at Latino Rebels) in which she wrote that Boyhood was: A) a false representation of Texas’ cultural demographic depicted within the movie’s universe and B) another “White People Save the Minorities” movie. 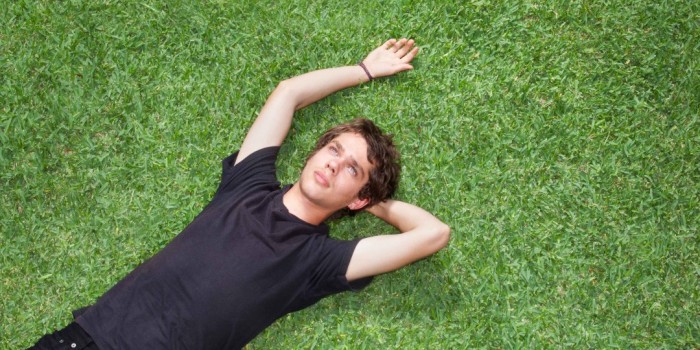 Now, I’m a proud “Méjico-Americano.” I’m first generation born here in the U.S. and my first language WAS SPANISH. I don’t “look Mexican” (as so many people have told me), but that doesn’t mean that I’m not. My great-great-great(?)-grandfather was General Juan Zuazua (he even has a town named after him). It also doesn’t mean that I don’t get offended when people may say something insensitive or naive about “illegals” or of a burrito being authentically Mexican (hint: it’s not). I use the words naive or insensitive because those don’t always equate to “racism,” “racists” or being a “racist.” Maybe a person didn’t think about how stereotypical or derogatory what they’re about to say to a person of a different ethnicity was, but that still does not make one racist.

Merriam-Webster defines “Racism” as: “poor treatment of or violence against people because of their race; the belief that some races of people are better than others.”

Is that what Boyhood is portraying with it’s All-White-Meat Texas? From what I gather, it isn’t. Sure, it’s a version of Texas that just happens to predominantly feature Caucasians (and maybe some light-skinned Latinos like me), but I think Acosta is just being overly sensitive. How did she even notice it in the first place? Did she have a “Brown-Counter”, where she’d analyze all the people within the composition of every scene and after a while she noticed no stereotypically visual evidence that there were no “Gente” walking around Richard Linklater’s “New Texas?” I call shenanigans and oversensitivity at something that’s not even there. Boyhood is not “RACIST.” It’s accidentally naive. I seriously doubt he casting notice for both secondary characters and/or extras read “WHITES ONLY.”

As far as the “White People Save the Minorities” shtick, that’s always gonna be a genre, from shows like “The White Shadow” through the current McFarland USA, which should be snarked at due to how cheesy and clichéd it looks, not because Kevin Costner is coming in to save and inspire some Brown kids. But hey, at least those Brown kids are getting acting jobs.

Just because that genre exists, doesn’t make it right, but it doesn’t even make it racist, either.

Just because (probably) White people made a movie where White characters are front and center, that doesn’t mean the movie is actually racist as well. It just makes it a false representation. A story. A vision. A fable. I’m not trying to demean Acosta’s stance. She’s entitled to her own opinion. But I just feel she’s throwing darts at a non-existent dart board.

So Grisel, I implore you: relax. There’s legit racism out there that we should all be fighting, worse infractions against society that require more energy and attention.

José Zuazua lives in California. He is screenwriter, movie maker and movie talker. Follow him @josezuazua.

One response to “BOYHOOD vs. Racism vs. Insensitivity”