Violent Legacies: How Gang Violence in El Salvador Grew (Helped by the U.S.)

EDITOR’S NOTE: The following piece first appeared at Latin America Is a Country. Both the site and the author have given us permission to repost the piece here.

This past March, the murder rate in El Salvador soared to levels not seen in a decade. In just one month, some 481 people were murdered across the country at an average rate of roughly sixteen a day. It isn’t an aberration. Levels of violence have been increasing steadily in the country over the past year, jumping an alarming 56 percent since 2013. All indications suggest the trend will continue beyond the first quarter of 2015. 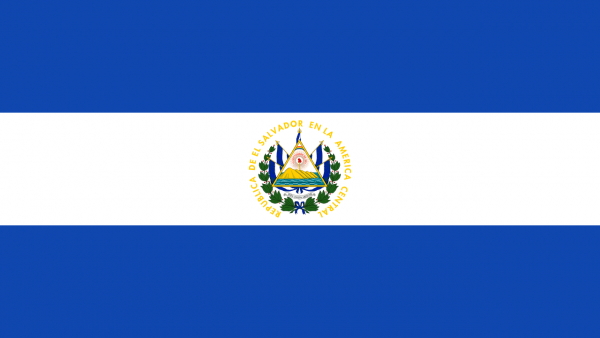 The immediate cause of this spike in violence appears to be El Salvador’s failed gang truce. Between the spring of 2012 and early 2014, the country enjoyed relative peace following a negotiated agreement between El Salvador’s two main gangs to scale back their bloody war for domestic supremacy. Though not without its critics, the pact between MS-13 and MS-18 did have the virtue of bringing El Salvador a measure of security the state could not otherwise provide.

The truce began to unravel last spring, however, during the country’s presidential elections. Candidates, including Salvador Sánchez Cerén of the incumbent FMLN party, distanced themselves from the truce —likely due to popular unease with revelations that the government had brokered the pact— in favor of other approaches to dealing with the gangs. Since then, battles between MS-13 and MS-18, and between the gangs and state security forces, have increased in both frequency and cost to human life.

Far from a home-grown phenomenon, El Salvador’s gangs —and their counterparts across the region— represent one of the most devastating long-term consequences of American foreign policy in Central America. The story of U.S. involvement in Central America during the Reagan era and beyond is well known. American support of the Contras in Nicaragua and conservative regimes across the region contributed to over a decade of conflict and genocide throughout Central America, the reverberations of which are still powerfully felt today.

Not as frequently recounted in this history is Washington’s wholesale deportation of Latino youth from American prisons to Central America. During the 1980s and early 1990s, young refugees from Central America’s wars fled to the United States. Some, primarily in Southern California, organized into street gangs that offered protection, comradery, and a sense of identity to those migrants whose lives had been turned upside down by conflict at home.

The winding down of civil war in El Salvador coincided with surging anti-immigrant politics in the United States in the early 1990s. In 1996, Congress responded by passing an immigration reform law that, among other things, loosened regulations governing deportations of any immigrant who ran afoul of the law. Suddenly, being busted for something as small as a dime bag was enough to get you shipped back home.

The Illegal Immigration Reform and Immigrant Responsibility Act opened the floodgates to massive deportations of immigrant Latino youth, especially those who had connections to LA street cliques like MS-13. Tens of thousands of young men would be sent to Central America by the end of the decade, many without any family, friends, or even workable Spanish to rely on. Formal employment was out of the question. Unsurprisingly, many returned to gang life as a matter of survival.

Far from curbing the gang’s growing influence and power, El Salvador’s conservative governments have consistently pursued aggressive policies that strengthened them considerably. Until recently, El Salvador had adopted a militarized mano dura approach to the gangs designed to ensure that members either ended up in prison, or dead. The unintended consequences were profound. Foot soldiers under siege on the outside developed a strong sense of solidarity and common identity, not to mention experience contending with the state. Those that were incarcerated used the opportunity to organize, recruit, and explore other avenues of criminal activity.

Governments in neighboring Honduras and Guatemala have hardly taken a more enlightened approach to the gangs. Honduras originated the “iron fist” policies later adopted by El Salvador while Guatemala has assumed a particularly cavalier attitude towards the gangs. Its posture is best embodied by Plan Escoba (Broom Plan), a short-lived initiative that had no basis in law but which resulted in the indiscriminate arrest of thousands of young men on suspicion of gang affiliation.

Interestingly, nearby Nicaragua has largely escaped the growing influence of gangs, and the violence they bring in tow. A number of factors may explain why. One of the most important, though, is surely the fact that successive Nicaraguan regimes have taken a decidedly more nuanced approach to combating the influence of locally-based and transnational gangs—one of the more remarkable legacies of the Sandinista Revolution.

The guerilla origin of the National Police was a determining element in the treatment of the gangs…Higher officials of the Nicaraguan police saw young gangsters as new rebels who were experimenting with social and generational conflict.

This view resulted in policies that combined “police work with the activities of churches, NGOs, and schools.”

The current government in San Salvador initially signaled that it planned to adopt a similarly progressive approach even as it rejected negotiating with the gangs directly. President Sánchez Cerén, who barely prevailed in last year’s national election, promised to support grassroots efforts at dealing with the gangs upon taking office. Those hopes met a swift end, however, as soon as the peace pact came undone.

Responding to the growing number of cops murdered by gang violence, the government announced in January that the country’s police were free to shoot suspected mareros (members of the gangs, also known as maras) without consequence while on duty. Using language that evoked the iron-fist policies of previous regimes, Vice President Óscar Ortiz promised that his government would “win this battle, and we’re going to win it by democratic means, but also by applying force that is needed to punish those who need to be punished.”

Meanwhile, El Salvador’s business elites have rapidly mobilized to make sure that the spirit of mano dura continues to animate any government response to the gangs. In early January, the right-wing National Association of Private Enterprise announced that former New York City Mayor Rudy Giuliani would be consulting them on matters of crime control and security. If Giuliani’s other exploits in the region are anything to go by, a standard menu of “zero tolerance” recommendations that serve market interests to the exclusion of everything else will be presented to El Salvador later this spring.

The Obama administration has also taken a recent interest in El Salvador. In January, an op-ed by Vice President Biden in the New York Times outlined a $1 billion US-led “plan for Central America” that promises to tackle the challenges preventing the El Salvador, Honduras, and Guatemala from being “middle class, democratic and secure.” The spirit of the White House plan may be laudable, but the details are alarming. The way Biden tells it, Washington is looking to resurrect old programs of action —policies which have had disastrous effects in other Latin American countries— and tailor them to the Central American context.

With its weak government and proactive private interests, not to mention the promise of coming American intervention, El Salvador seems condemned to more violence and social instability in the foreseeable future. Salving the scars of conflict, imperialism and bad policy will demand fresh perspectives and creative thinking. At the moment, though, the only thing on offer is old wine in new bottles. El Salvador deserves better.

Michael Busch is the Senior Editor of Warscapes magazine, and a doctoral candidate in Political Science at the CUNY Graduate Center. He’s written extensively on El Salvador and Central America’s maras, and more generally for a number of publications, including Dissent, TheNation.com, Dawn (Pakistan), Foreign Policy in Focus, Hyperallergic, and World Politics Review, among others.

One response to “Violent Legacies: How Gang Violence in El Salvador Grew (Helped by the U.S.)”