Most people don’t care about Honduras: even historically-conscious Latinos and keen observers of Latin American happenings. Big-name countries like Mexico, Brazil and Cuba hog all the limelight, because they either have substantial economies, a storied relationship with the United States or a strong emigrant presence in America. (In the case of Mexico, it’s all three.)

That’s a shame. Because while students, journalists and activists rack their brains trying to understand the politics of a country like Mexico, with its byzantine bureaucracy casting plenty of shadows in which to hide, Honduras is just small enough (politically and economically) to lay bare the true nature of Latin American politics.

Case in point, when a coup ousted the democratically elected president of Honduras in June 2009, the golpistas claimed the removal of President Manuel Zelaya was necessary to prevent him from changing the Honduran law and running for a second term—something prohibited by Article 239 of the Honduran constitution.

At least it was prohibited by the Honduran constitution until the five-member Sala Constitucional of the Supreme Court overturned the ban on reelection.

First, to be clear, Zelaya did not pull a Hugo Chávez, a Rafael Correa or an Evo Morales: he wasn’t trying to allow himself to be reelected. He simply wanted the 2009 presidential ballot to contain a non-binding referendum to see if the Honduran people were in favor of forming a constitutional assembly to draft a new constitution. Even if he had succeeded, again, the referendum would’ve been non-binding, and since the referendum would’ve been on the presidential ballot that selected a new president, any changes to the Honduran constitution would’ve had no effect on Zelaya, who would’ve already been out of office.

With the golpistas in power, however, the presidential election scheduled for November 2009 was carried out under heavy government repression. A majority of the vote went to Porfirio Lobo Sosa, a man of the golpista National Party—and the same man who lost to Zelaya back in 2005.

Much of Latin America refused to recognize the election results.

Lobo’s presidency was marked by continued repression and human rights violations. When four justices on the Sala Constitucional deemed the suspension of due process in his 2012 police clean-up law unconstitutional, he worked with National Congress President Juan Orlando Hernández to have the judges replaced by more pliant appointees. (In Honduras, the National Congress is charged with appointing justices to the Supreme Court, and things like “separation of powers” and “checks and balances” are merely quaint notions.) 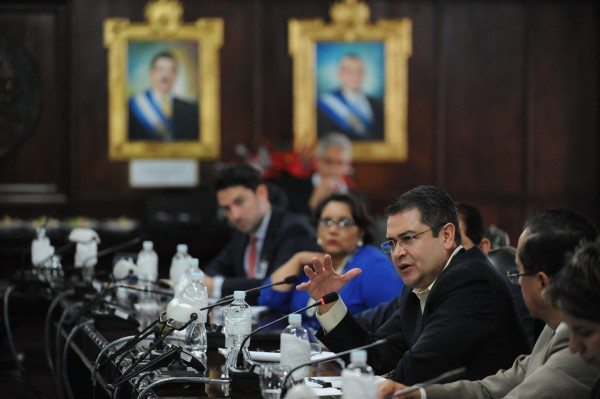 Hernández is also a card-carrying Nationalist, having been elected head of the National Congress around the time Lobo was elected president. The Supreme Court was getting ready to hear an appeal from Ricardo Álvarez, the then-mayor of Tegucigalpa and Hernández’s primary challenger for the 2013 presidential election, when Hernández fired the four justices.

Guess who became president after Lobo.

And, yes, the five justices that have now voted to allow President Hernández to run for reelection were either appointed by him or his lackeys in the National Congress.

Overturning the ban on reelection is suddenly kosher, now that it’s the Nationalists who want it.

But this isn’t a simple matter of election laws. This is about who can have power, and for how long.

What Zelaya did want to do is redistribute Honduran land in a more equitable way, promising to examine title claims by farmers whose lands had been stolen by the nation’s African palm agribusinesses.

Dinant Corporation, Honduras’ largest palm oil producer, happens to be one of those businesses. It’s owned by Miguel Facussé, the country’s richest and most powerful man — and, according to the U.S. State Department, a known narcotrafficker.

Facussé was also a major backer of the 2009 coup. 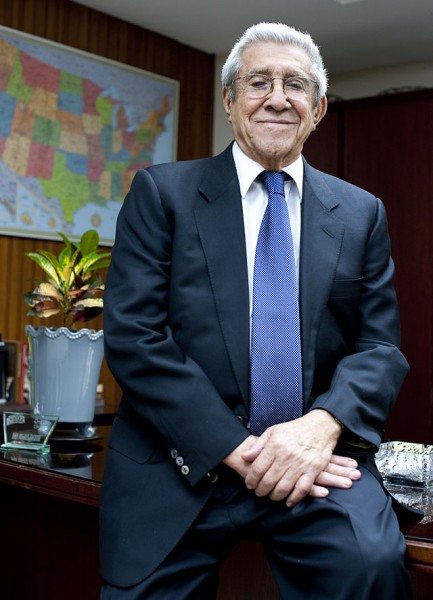 Since the coup regime took power, the nonagenarian palm oil baron has been allowed to wage an all-out war against the campesinos in Bajo Aguán, 772 square miles of fertile land once owned by the United Fruit Company but now controlled by Dinant. Facussé’s private army is backed by the Honduran military and police, which in turn is funded and trained by the U.S. government.

Oh, and remember how I said much of Latin America condemned the 2009 election? Guess which “Leader of the Free World” approved.

In fact, the United States eagerly appointed a new ambassador to Honduras who had earned a reputation as an expert in biofuels—like palm oil.

That’s what’s behind all this reelection business. Zelaya wanted to help the people of Honduras, so he had to go. President Hernández and the rest of the golpistas look to cater to U.S. business interests, so they must remain in power. Which is why the United States lends as much support to this most recent coup as it did the ones in 2012 and 2009.

The same thing happens more or less throughout Latin America, from Mexico to Brazil, from Costa Rica to Puerto Rico. If there’s upheaval in one place, it’s because the people refuse to expose their country to such vultures. If things are peaceful in another place, it’s only because the vultures are allowed to have their fill.

But maybe that’s why Honduras never gets any attention to begin with.

After all, banana republics don’t grow on trees.

6 responses to “Honduras Is What’s Wrong With Latin America”