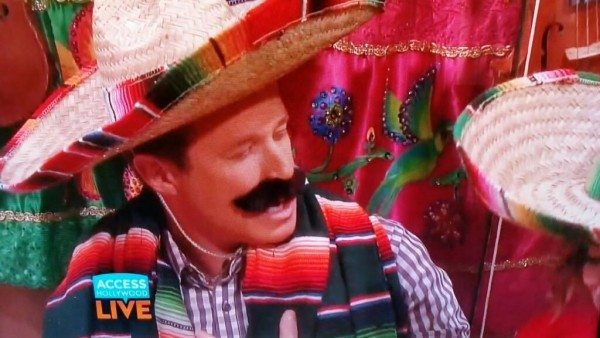 One of the hosts, Billy Bush, used an “accent” as he introduced a mariachi band. NAHJ has long fought against stereotypes of Latinos in all media and denounces this segment for thoughtlessly portraying a proud and rich people as a caricature in a sombrero.

Craig Robinson, Executive Vice President/Chief Diversity Officer of NBCUniversal which oversees the show, addressed the segment with Access Hollywood producers. The producers apologized for the segment and vowed to be more aware in future portrayals of Latinos.

Many of you know, I’m an employee of NBC Universal, but I got to tell you that Mr. Robinson was not only immediately responsive, but determined to make sure the show knew this was unacceptable. He doesn’t believe the show had any negative intent, and deemed this a teachable moment for the entertainment talk show.

For many Latinos, teachable moments like these in 2015 seem unbelievable. I hear you, but progress is progress.

Were there still offenders of ‪#‎CincoDeMayoFails‬? Yes, there were.

We continue to speak up and continued to demand being treated fairly and accurately and we want you to do the same.

Please continue to alert us of stereotypes and negative portrayals of Latinos in media and we will continue to work to make sure action is taken.