Big Brother in Puerto Rico: How the FBI Knew Everything About You

A recently published book, They Know Everything About You, discusses the loss of privacy in modern life. It shows how corporations, governments and the Internet have eliminated the privacy of virtually everyone on the planet.

The combination of high technology, internet data collectors, the Patriot Act and global surveillance have created a world where our phone calls, text messages, e-mails, tweets, Facebook chats, consumer purchases, credit reports, court records and medical histories are open to anyone who knows how to look for them.

Take a look at this image: 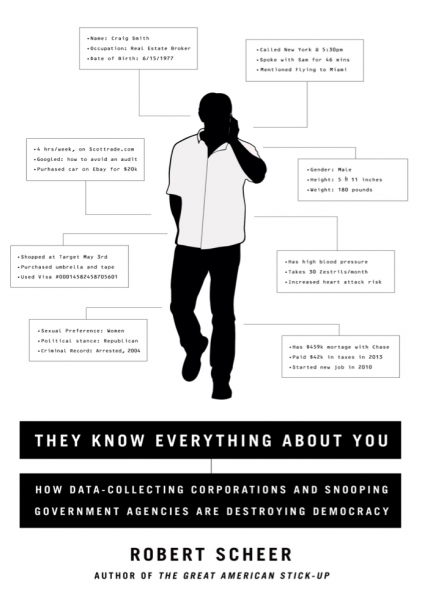 Every one of those rectangles of information is widely available. It does not even require a subpoena. The information is “out there” somewhere—and beyond your control.

Truly frightening, isn’t it? The world of 1984, depicted by George Orwell, is upon us. Now consider that this Orwellian world, is exactly the world that the U.S. created in Puerto Rico. It was called the Carpetas program.

From the mid-1930’s until the 1990s, the FBI kept secret police dossiers on Puerto Ricans. There are 1.8 million pages of files: on Pedro Albizu Campos, the Nationalist Party and over 100,000 other Puerto Ricans. An additional 60,776 carpetas were opened on vehicles, boats, organizations and geographic areas.

The practice was so ubiquitous and widespread that it became a verb in Puerto Rico: as in “te arrestaron” (they arrested you), “te sentenciaron” (they sentenced you) and “te carpetearon” (they carpeted you). A political cartoon from the era captures the public sentiment: a man is getting a haircut. His barber says, “I know exactly how to cut your hair. I see it right here in your carpeta.” 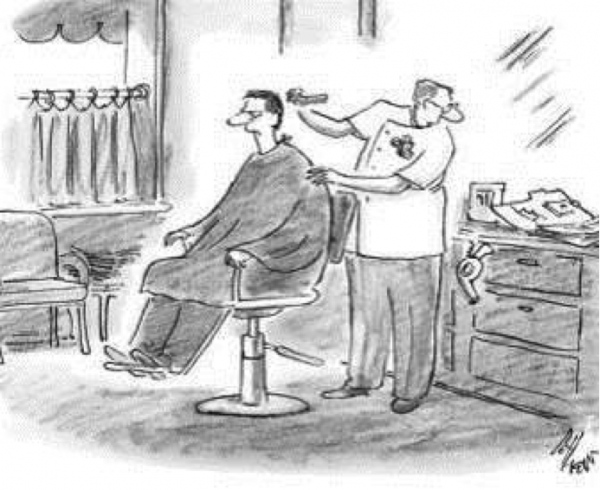 The carpetas were used to arrest people, ruin their reputations, destroy their careers, and tear their families apart. Their power is best illustrated by this one: 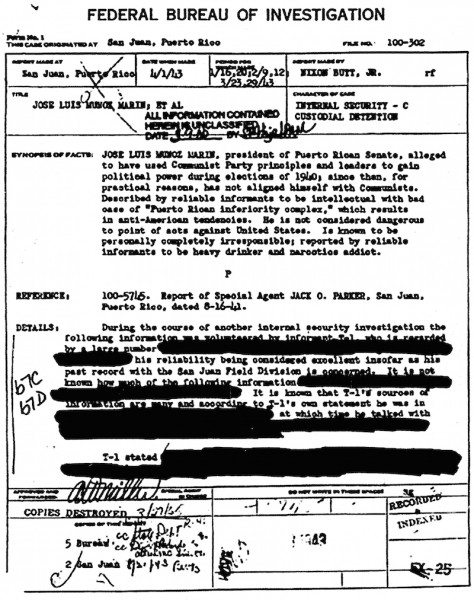 This carpeta on Luis Muñoz Marín, from multiple informants, disclosed that he was “a heavy drinker and narcotics addict.” With this one FBI report, it can be argued that the U.S. government was able to control the island’s politics for nearly 30 years, as simplistic as it might seem to many.

The carpetas were given additional teeth by Public Law 53, which became known as La Ley de la Mordaz (the Law of the Muzzle). For 10 years, from 1948 through 1957, Law 53 made it a felony to say a word, sing a song or whistle a tune about independence. If you sang La Borinqueña, or owned a Puerto Rican flag, you could be imprisoned for 10 years.

Many years later, in the year 2000, FBI Director Louis J. Freeh admitted in a U.S. congressional hearing that “the FBI did operate a program that did tremendous destruction to many people, to the country and certainly to the FBI.” Freeh then vowed to “redress some of the egregious illegal action, maybe criminal action that occurred in the past.”

Unfortunately by that time, the damage had become incalculable. It extended beyond any individual or group, and even beyond the issue of independence. The carpetas drove a permanent wound into the national character of Puerto Rico.

Today, many people complain about “government intrusion” into our private lives, as if it were something new. But it is not new. Puerto Ricans suffered all of this, and much worse, for 60 years.

As befits a sun-kissed island with wonderfully fertile soil, Puerto Ricans were an open, gregarious, cheerful people, but sixty years of carpetas and police informants burned fear, secrecy, mistrust, lying and betrayal into their collective experience. It is a wound that may never fully heal.

The final irony in all of this, is that George Orwell’s 1984 was published in 1949. It was an instant bestseller in both the U.S. and Great Britain. Even as it bombed the towns of Jayuya and Utuado, arrested 3,000 Puerto Ricans, opened carpetas on another 100,000 and tortured Albizu Campos with TBI (Total Body Irradiation), the U.S. was reading 1984 and clucking about the “perils of Big Brother.”

That is how clueless they were about Puerto Rico.

Nelson A. Denis is a former New York State Assemblyman and author of thebook, War Against All Puerto Ricans.

4 responses to “Big Brother in Puerto Rico: How the FBI Knew Everything About You”