Over the past year a number of people have asked me what the difference between Chicanx/Xicanx is so I thought I’d write up a short post explaining the difference. 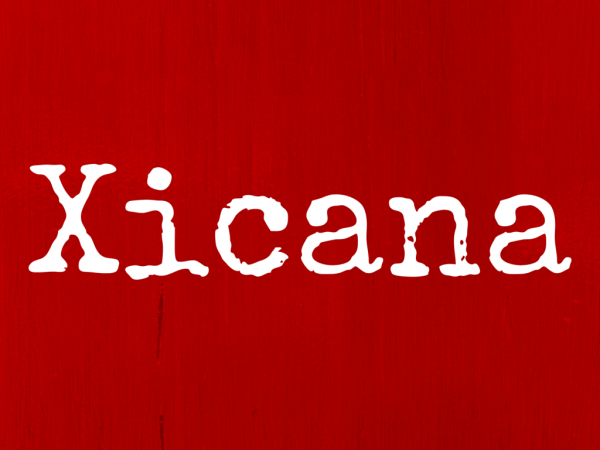 This is an excerpt from a paper I wrote on Marxist Xicanisma:

The spelling of Xicana and Xicanisma with an “X” in the place of the original “Ch” is, as you might imagine, of significant importance. Venceremos, a student newspaper at The University of Utah explains why Xicana Feminist Ana Castillo decided to make that change: “She deliberately uses the ‘X’ in the spelling to pay homage to her indigenous roots by incorporating the Nahuatl language of the Mexica and their usage of ‘x’ in their language,” they write. This nuance is very important to Castillo who says, “It is our task as Xicanistas, to not only reclaim our indigenismo– but also to reinsert the forsaken feminine into our consciousness.”” Xicanisma spelled with an “X” differs from Chicanisma with a “Ch” most notably in that it actively—and proudly— engages and embraces the indigenous roots of the Chicana identity.

Xicanisma with an “X” also rejects separatist nationalism and instead situates itself in the context of an international and global struggle for liberation, proudly declaring itself in solidarity with indigenous, mestizx, colonized and dispossessed people everywhere.

Furthermore, an explicitly Marxist Xicanisma engages class politics in order to provide a historically materialist analysis of our struggles for liberation; one that identifies the working class as the only class with the power to collectively emancipate itself in a capitalist world and fundamentally transform it. The Marxist Xicanista does not consider class-struggle work to be separate from her daily work of preserving, engaging, and reimagining, her cultural and spiritual practices— she recognizes both as part of her revolutionary identity which she utilizes to fuel her fight.

Crystal Stella Becerril is a Chicago-based Xicana activist, writer and hood scholar. She’s currently an editor at Red Wedge Magazine and a contributing writer for Socialist Worker, In These Times, and Warscapes where she writes about race, feminism, education and the intersection of politics and culture. Find her blog at LaMarxista.com.